8 Steps To Sustainable Meat And Milk

Put down the bologna: "Quality, not quantity" is just one strategy that could make meat available to all while protecting the environment. 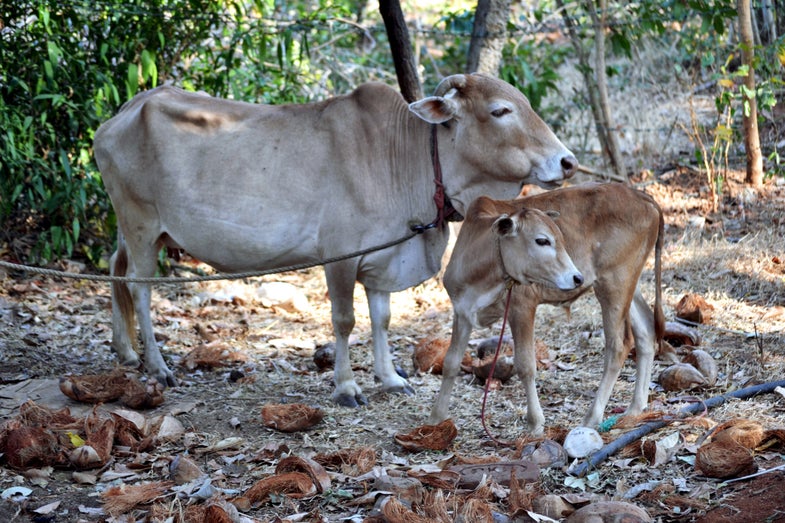 Meals featuring meats and dairy often come with a side order of guilt these days, because industrial-scale animal husbandry, better known as factory farming, can cause significant environmental destruction.

Globally, deforestation driven by clearing land for cattle alone accounts for close to one-fifth of global greenhouse gas pollution. The amount of poop, urine, and farts produced by hundreds or thousands of cows in CAFOs (concentrated animal feedlot operations) often leads to water pollution and air pollution, the latter largely methane, a powerful heat-trapping gas that contributes to destabilizing the climate. Livestock account “for 14.5% of human-induced greenhouse-gas emissions, exceeding that from transportation,” notes the report.

To add to the environmental insults, meat animals are fed about 1 billion metric tons a year of the same cereal grains that humans consume, increasing the pressure on supplies of food and fresh water.

But globally, more and more people are turning to farmed animals for dietary protein. Meat production is on track to more than double by 2050. In response, an international research team suggests eight ways to make ruminant agriculture—raising cows, goats, sheep, buffalo, camels, llamas, reindeer, and yaks for meat and dairy—environmentally sustainable. Publlished this week in the journal Nature, the strategies favor diverse approaches tailored to local conditions, rather than a universal approach that ignores local cultures, geographies, economies, and environmental realities.

With around 70 percent of cereal grains consumed in developed countries going to feed animals, and around one-third of the world’s grain supply worldwide, the most important step may be feeding animals less human food.

Far from being incompatible, the researchers emphasize that “[C]rop and livestock farming complement each other. Half the world’s food comes from farms that raise both,” they point out. “Animals pull ploughs and carts, and their manure fertilizes crops, which supply post-harvest residues to livestock.”

Instead of feeding livestock grains like wheat, corn, and soybeans, stress the researchers, cows, goats, sheep, and other ruminants should get as much food as possible from sources humans cannot consume. These include grazing, fodders like hay and straw, and silage (a feed created from the entire cereal plant, not just the grain). It’s how ruminants are supposed to eat, judging from the fact that they naturally have “forestomachs” that can break down fibrous plant matter into nutritious calories and high-quality microbial protein before sending it on to the main stomach for digestion.

“We need to be able to use ruminants in the way that they evolved. Maximize grazing, and then using byproducts as well from other industries,” says co-author Michael Lee of Bristol University, in a podcast that accompanies the article. “We need to reduce the amount of imported soya and cereals into ruminant systems, which is not sustainable. In other words, and very simply, less human food into animal feed.”

It can be done: 95 percent of milk in the European Union comes from grass-fed livestock, the article notes, while in New Zealand milk cows get just 10 percent of their diet from grains, and 90 percent from grazing.

Among the report’s other strategies for sustainable livestock:

“It’s about developing the correct system for the correct environment,” says Lee in the podcast.

Click here to read about all eight steps to sustainable livestock.