Fiona was a powerful Category 3 storm north of Bermuda as of this morning. 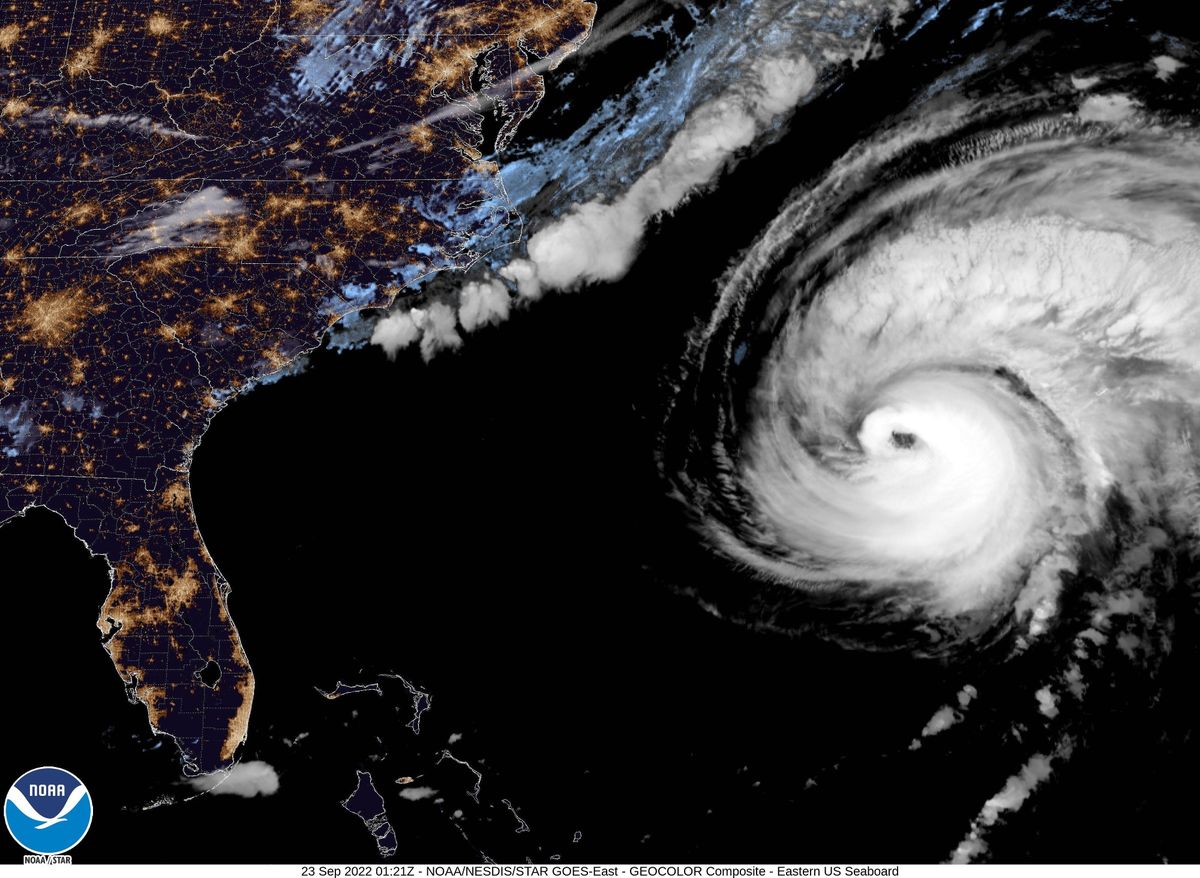 After battering the Caribbean and Bermuda, Hurricane Fiona is heading for a landfall in northeastern Canada this weekend. The storm has already claimed the lives of at least eight people and shut off power for millions earlier this week.

According to the National Hurricane Center, Fiona was a powerful Category 3 storm with sustained winds of 125 miles per hour (gusting to 155 mph) located about 125 miles north of the island Bermuda as of this morning. It is expected to make landfall early Saturday morning as a hurricane-strength post-tropical storm.

Officials in Nova Scotia and Prince Edward Island are urging those in the path of the deadly storm to prepare for high winds, heavy rains, storm surge, and high winds and to be on high alert.

“Fiona is projected to be a significant and historical weather event for Nova Scotia,” said John Lohr, the minister responsible for Nova Scotia’s Emergency Management Office. “It has the potential to be very dangerous. Impacts are projected to be felt across the province. Every Nova Scotian should be preparing today,” added Lohr in an official update yesterday.

[Related: Hurricane Fiona leaves most of Puerto Rico without power.]

This region hasn’t seen a storm this intense for about 50 years, according to Chris Fogarty, manager for Canadian Hurricane Centre. In yesterday’s briefing, Fogarty warned that, “This could be Canada’s version of (Hurricane) Sandy.” Fogarty was referring to Fiona’s size and intensity and the deadly combination of both hurricane and winter-storm characteristics. Almost a decade ago, Hurricane Sandy affected all of the eastern seaboard and caused roughly $78.7 billion in damage.

Hurricane warnings are in place from Hubbards to Brule in Nova Scotia and from Parson’s Pond to Francois in Newfoundland. Prince Edward Island and Isle-de-la-Madeleine are also under warnings, where Prince Edward Island officials are asking residents to similarly prepare, especially for storm surge.

[Related: Predicting a hurricane’s intensity is only going to get harder.]

“Storm surge is certainly going to be significant … Flooding that we have not seen nor can we measure against,” said Tanya Mullally, Prince Edward Island’s head of emergency management in an update yesterday. Mullally also added that the northern part of the island is expected to face the worst of the storm due to the direction of its winds.

Hurricanes typically lose their main source of energy (warm water) as they hit colder waters, making them fairly rare, but not unheard of in Atlantic Canada. In 2003, Hurricane Juan resulted in multiple deaths and heavily affected parts of Nova Scotia and Prince Edward Island with power outages, major tree damage, and record coastal water levels. The North Atlantic is home to some of the most rapidly warming waters in the world, due to climate change.

Hurricane Fiona upended critical electricity and water infrastructure for millions of people across Puerto Rico, when it slammed into the island on Sunday. According to the island’s main power company LUMA Energy, only 38 percent of customers had their power restored as of yesterday. The mass power outage is leaving millions without air conditioning or fans, as Puerto Rico endures extreme heat that felt as hot as 112 degrees Fahrenheit yesterday.

It continued to wreck havoc as it strengthened and hit the Dominican Republic and Turks and Caicos. “This was something incredible that we’ve never seen before,” said Higüey, Dominican Republic resident Ramona Santana in an interview with CNN en Español. “We’re in the streets with nothing, no food, no shoes, clothes, just what’s on your back. … We don’t have anything. We have God, and the hope help will come.”