Who needs sunlight? Not these microbes. 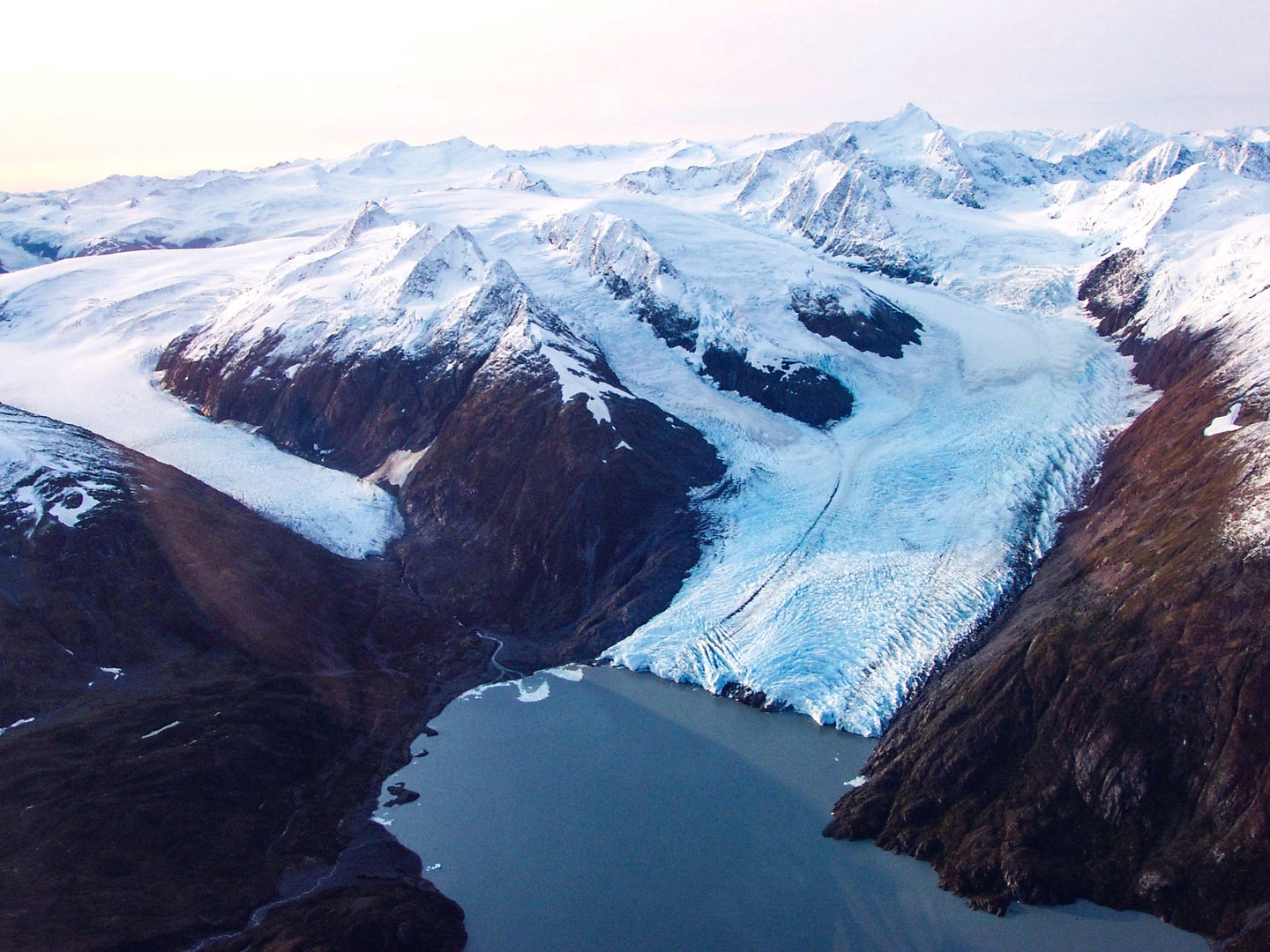 In the darkness beneath glaciers, which range in thickness from less than a quarter mile to a full mile deep (or more), microbes cannot depend on sunlight for energy. Instead, many of these hardy organisms rely on rocks and water to survive, scientists reported on December 21 in the journal Proceedings of the National Academy of Sciences. When meltwater reacts with minerals eroded by the glaciers, it produces hydrogen gas that microbes can use to generate chemical energy. Researchers found that microbes collected from Icelandic glacial streams rich in dissolved hydrogen were better adapted to use the gas than those from a Canadian glacial stream where hydrogen was less plentiful. The findings suggest that similar processes could perhaps sustain lifeforms on distant icy planets and moons.

“The community that was there in this Icelandic system was totally tuned in to using hydrogen gas as its source of ‘food,’” says Eric Boyd, a microbiologist at Montana State University in Bozeman and coauthor of the new findings. “They’re using that to build biomass, to build cellular material.”

When glaciers grind over the rocky ground, he says, they create an unstable form of silica (a chemical compound that’s found in nature as quartz) that can react with water to produce hydrogen and turn the surrounding iron (found in the area’s rocks) into rust. Microbes use this hydrogen and rust to fuel their metabolisms and convert carbon dioxide from the atmosphere into organic carbon, similarly to how plants do during photosynthesis.

Boyd and his team sampled meltwater from glaciers in Iceland and Canada. Iceland’s Kötlujökull glacier sits atop the Katla volcano, where a type of volcanic rock called basalt is abundant. Basalt is rich in many minerals such as iron. The bedrock beneath the Robertson Glacier in Alberta, Canada contains limestone, shale, and sandstone. Basalt has higher amounts of silica and iron than the kinds of rock found at the Canadian glacier, which means that all that glacial grinding at Kötlujökull should produce more hydrogen gas. Sure enough, the researchers found, meltwater that had flowed over the basaltic rock under the Kötlujökull glacier had about 10 times more dissolved hydrogen than water from Robertson Glacier did.

The researchers then collected and incubated microbes from both locations in a refrigerator and provided them with hydrogen and carbon dioxide. The microbes in sediments from Kötlujökull were fewer in number, but they began gobbling up the nutrients sooner and more prolifically than those from the Canadian glacier. “It’s like, if I set the dinner table how long does it take for people to show up and start eating dinner?” Boyd says. “Those organisms…see hydrogen more often; it doesn’t take them as long to come to the dinner table as it would if you had to ramp up your ability to use that hydrogen gas.”

With another batch of sediments from Iceland, the researchers coaxed microbes to grow by supplying hydrogen, rust, and carbon dioxide. Previously, bacteria that use hydrogen and rust to generate energy in this way have only been found in very hot or acidic environments, like the hot springs of Yellowstone National Park.

About ten percent of Earth’s land area is covered in ice. “That’s a…huge habitat type that we know very little about,” Boyd says. Figuring out how microbes persist in these habitats could help us understand how past life endured frigid periods in Earth’s history. “You can imagine these sub-ice environments, whether it be under a glacier or ice sheet, as being perfect oases to maintain that biodiversity during those global glaciation periods,” Boyd says.

These environments can give scientists an idea of how lifeforms might thrive on icy bodies such as Saturn’s moon Enceladus, where plumes of water vapor and hydrogen erupt from an icy crust, or on Mars, which has a layer of basaltic bedrock similar to that in Iceland.

“We think that there’s water ice underneath the surface of Mars, so there could be places in the subsurface of Mars where you have liquid water,” Boyd says. “If so, could there be microbes doing similar things [as] you find, say, in Iceland today?”