Abu Dhabi Falconers Use Drones To Train Their Birds

A modern twist on an old technique 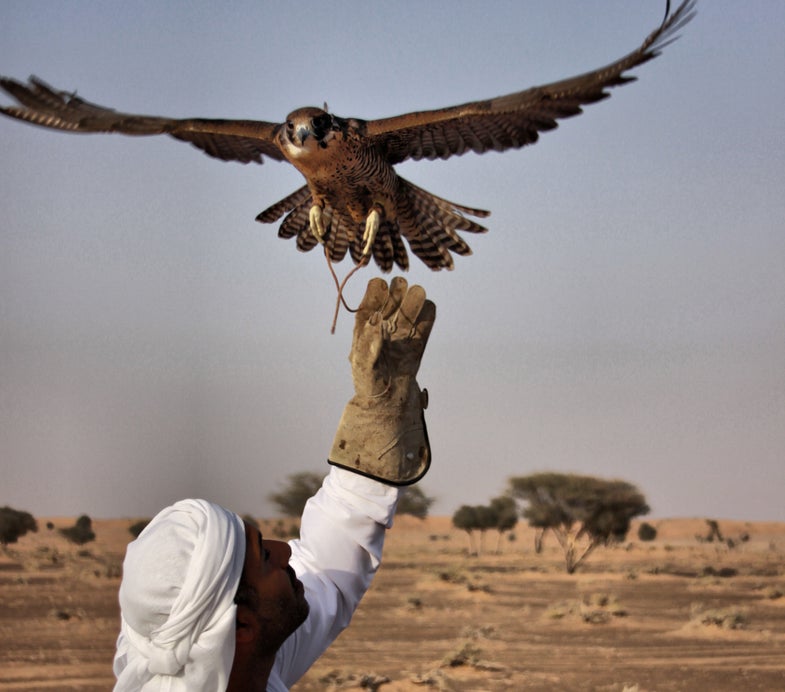 Falconers agree: it’s a terrible idea to train birds to attack drones. There are, however, ways to use drones for training falcons. Gizmodo reports that some falconers in the United Arab Emirates are using quadcopters as a new tool to teach birds an old trick.

Falcons hunt by scanning the ground in a cone below them. The size of the cone depends on just how high above the ground the falcon’s eyes are. On their own, the birds aren’t always inclined to fly high while looking low. For centuries, falconers have trained falcons to fly higher and higher, expanding the area they can search. Traditionally, this is done with a lure slung on a line beneath a kite or a balloon. The falcon grabs the lure and returns it to its trainer for a reward. Over time, the falcon learns to fly high and hunt prey over a larger area.

Training a falcon with a drone works the same way, just swapping out an older flying machine for a more modern, multi-rotored variant. Watch a video of drone training a falcon below. (The bird swoops in at around 0:40.)