Who knew space looked so much like rural California? 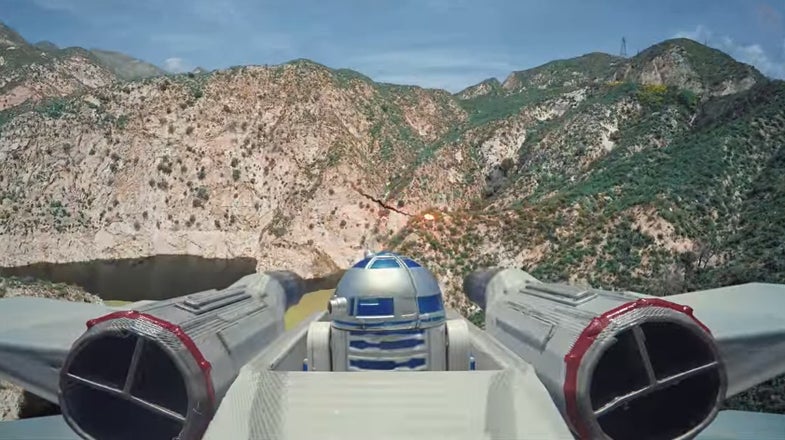 It was the Clone Wars that tore the Star Wars universe apart, but it was the droids that stood out. Unmanned machines, fighting on all fronts, the manufactured robot armies sparked a fictional crisis of galactic proportions. So it’s only fair that, to re-create dogfights from that universe, Earth-bound hobbyists turned to drones.

With a cast made of old Star Wars toys, the battles aren’t quite the scale one would see in IMAX, but the aerial acrobatics are astounding.

The key to the film is a lot of cinematic trickery. The filming comes from GoPro cameras mounted on racing drones, filmed outside in Lone Pine, California. Then, the team 3D printed models and filmed them outside its Los Angeles studio, with the models mounted on a wooden plank and fitted with a camera inside. The behind-the scenes is a fascinating look into how someone makes a dogfight like this, well worth the full 20 minutes.

The unmanned aerial acrobatics, complete with added special effects, are a delightful way to spend four and half minutes. Watch below: