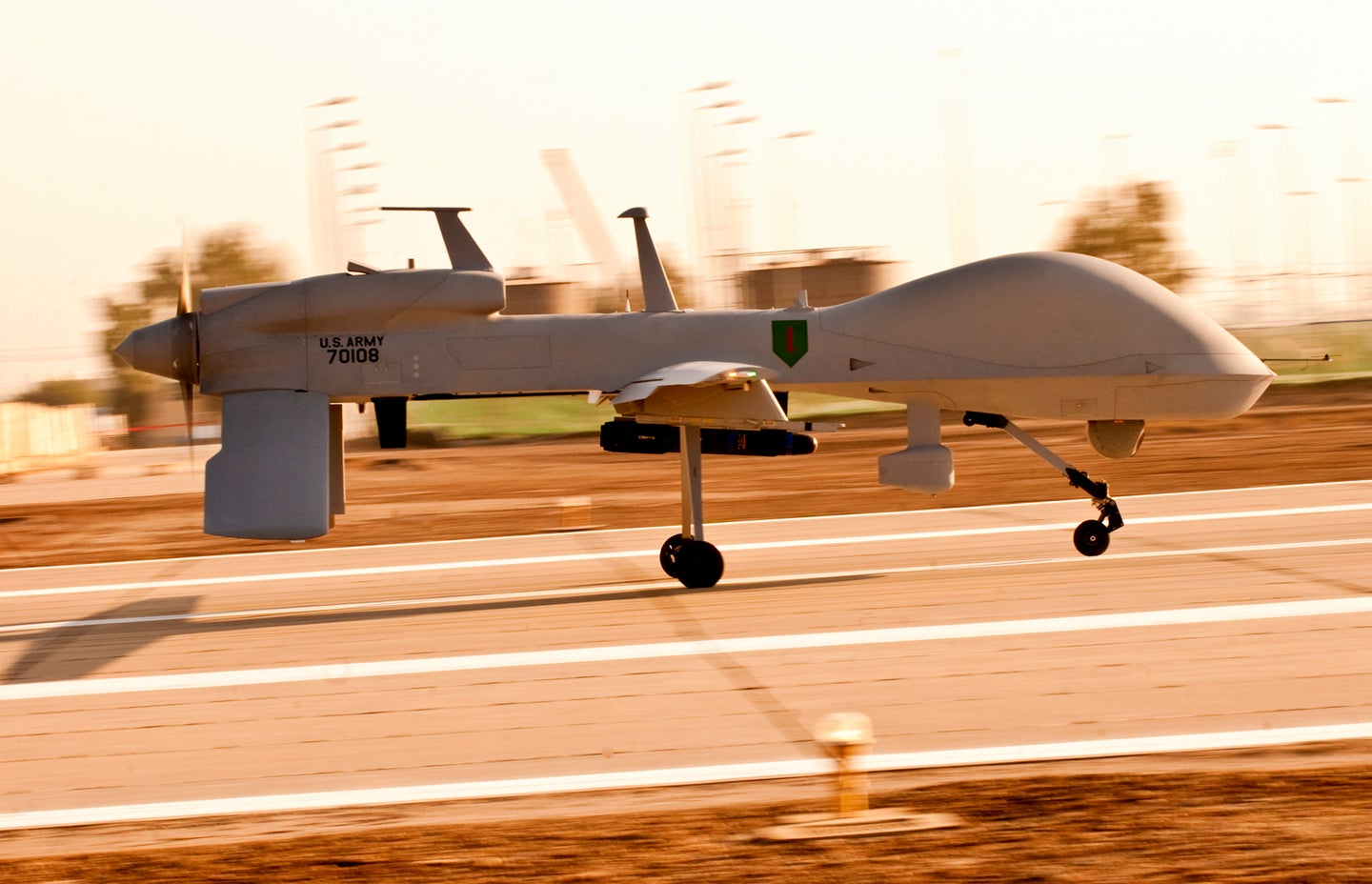 A Gray Eagle unmanned aircraft makes its way down an airfield on Camp Taji, Iraq, before a surveillance mission in the Baghdad area. F Company, “FENIX,” will become an official part of the Combat Aviation Brigade, 1st Infantry Division, in the spring, adding its capabilities to the strength of the CAB. Sgt. Roland Hale
SHARE

Last week, the Department of Defense published a gigantic, boring, and tremendously important book. The “Department of Defense Law of War Manual” is 1204 pages of rules for war. Since World War II, various branches of the military have published service-specific manuals, and a few of the more recent ones mentioned unmanned vehicles. The Navy manual addresses underwater robots, the Air Force manual included drones as military aircraft. The new Pentagon manual–which applies to the whole of America’s military–provides the clearest, most comprehensive vision yet of how the military understands drones within the laws of war.

Using the preferred military nomenclature, they are “remotely piloted aircraft” and sometimes also known as “unmanned aerial vehicles.” (The word “drone” itself doesn’t appear; despite its military origins, the Pentagon isn’t too fond of the term.) The military definitely had remotely piloted aircraft in the past, where they were first used as dummy targets. Nowadays, though, unmanned aircraft have really taken on a new dimension, with drone strikes at the center of anti-terrorism and anti-insurgency campaigns.

Remotely piloted aircraft first show up in the Pentagon manual on a list of “Other Examples of Lawful Weapons,” alongside shotguns, depleted uranium munitions, and non-lethal weapons. It’s distinct from prohibited weapons like poisonous gas or blinding lasers. Drones are also in a different category still from “Certain Types of Weapons With Specific Rules on Use” (we can call them “sometimes weapons”), such as nuclear warheads or herbicides. This means that the Pentagon sees drones as a tool that can be used as needed.

Here is what the new manual says specifically about drones.

Later in the manual, section 14.3.3 Status of Military Aircraft says that drones can be designated military aircraft if used by a country’s military.

There was never really any doubt that the Pentagon was going to approve the use of drones in war, but what’s remarkable is that the justification is expansive enough to include CIA-style targeted strikes that spy on and and kill people who aren’t on the battlefield.

Two footnotes support the legal classification of drones as normal weapons, and they both come from John Brennan. Currently the director of the CIA, Brennan is largely the architect of the Obama Administration’s drone-heavy targeted killing program. While the majority of the time, drones are just aerial scouts, it’s curious that in justifying their legality, the Pentagon explicitly cites their use by an intelligence agency for targeted killing.