It could hold the key to finding life on alien worlds 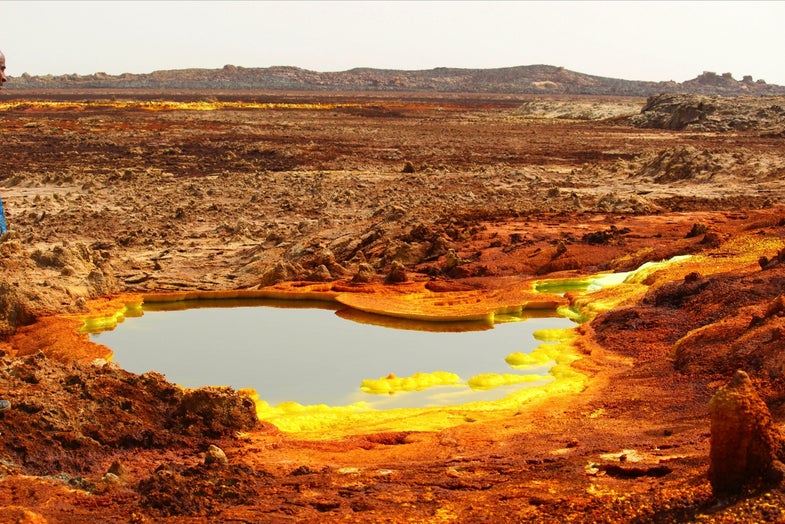 The temperature during the day hovers around 107 degrees Fahrenheit, even in early spring. It’s dry, and sulfur and chlorine cloud the air, burning the lungs of people unfortunate enough to be close to the boiling hot springs, roiling with salt, and heated by magma deep in the Earth. Welcome to the Danakil Depression in Ethiopia. It’s 328 feet below sea level, volcanically active, a home to salt traders and sought out by adventurers.

It’s a smelly, inhospitable area, but it may help us understand life on other planets.

In early April, a three-day expedition to map and study the area for the first time was led Felipe Gómez Gómez, an astrobiologist at the Centro de Astrobiologia in Madrid. Gómez and his team are looking for life in the hydrothermal springs, in the hopes that it might help them identify areas on other planets where life could flourish, even if it’s beyond the limits of human habitation.

“After mineral and geochemical characterization, we will know what kind of materials and bacteria are present and be able to identify the most interesting sites for astrobiology purposes. We are now starting the analysis of our samples and are planning a follow-up trip in a few months time,” said Gómez.

Results from the team’s studies will take time to produce, but in the meantime, check out these beautiful images of the Danakil Depression taken during the brief inaugural expedition. 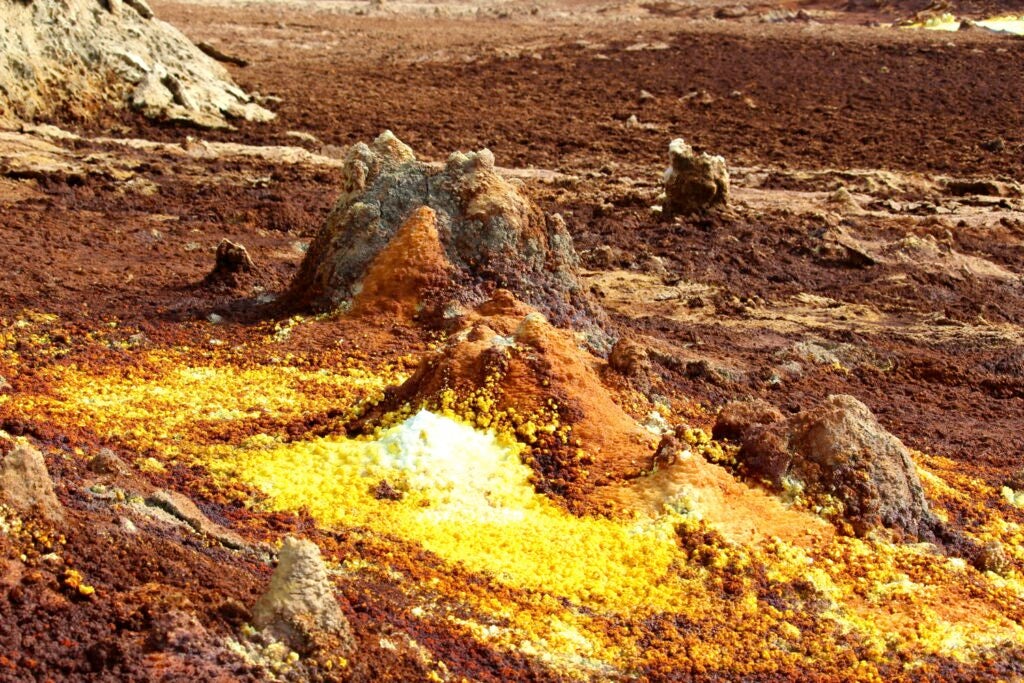 In the Danakil Depression, hot water carries minerals to the surface, coloring the landscape. Yellow indicates sulfur. Red is an iron oxide. 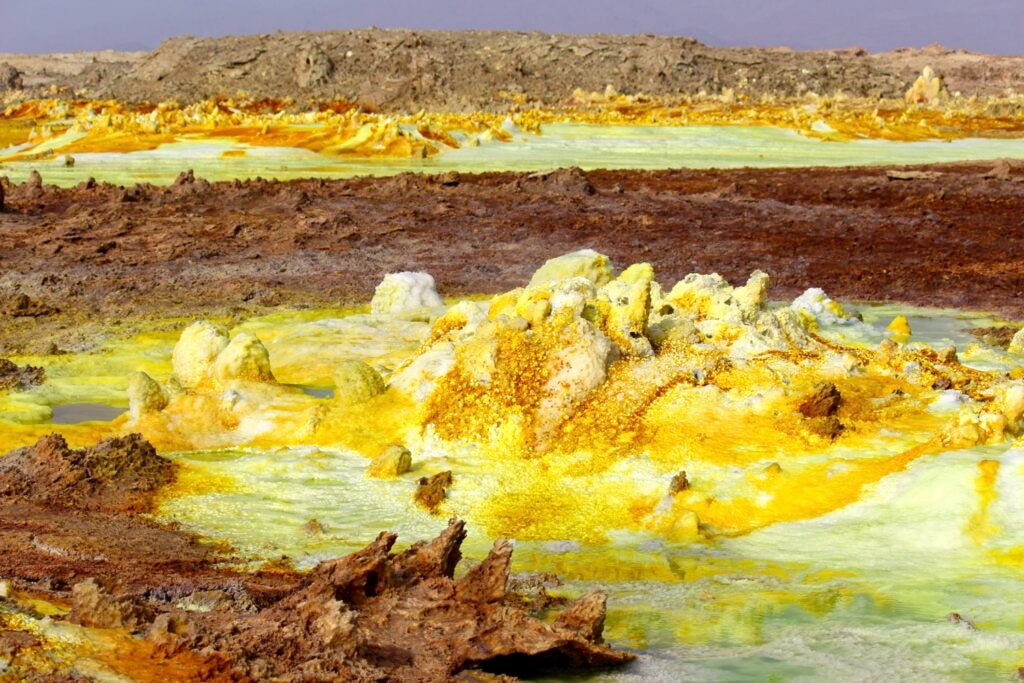 Some of the deposits form incredible shapes. The water here is green due to its copper content. 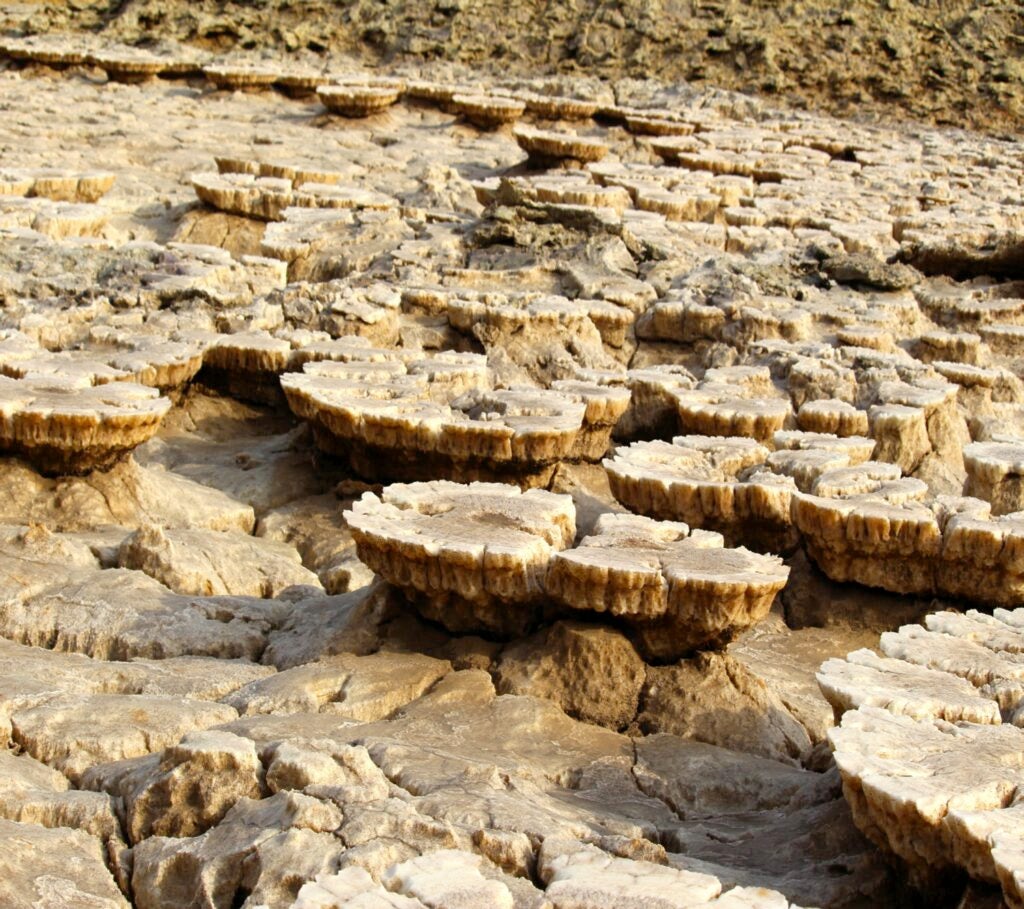 The hot water (between 104 and 194 degrees Fahrenheit) can leave behind sculptural salt deposits across the landscape. 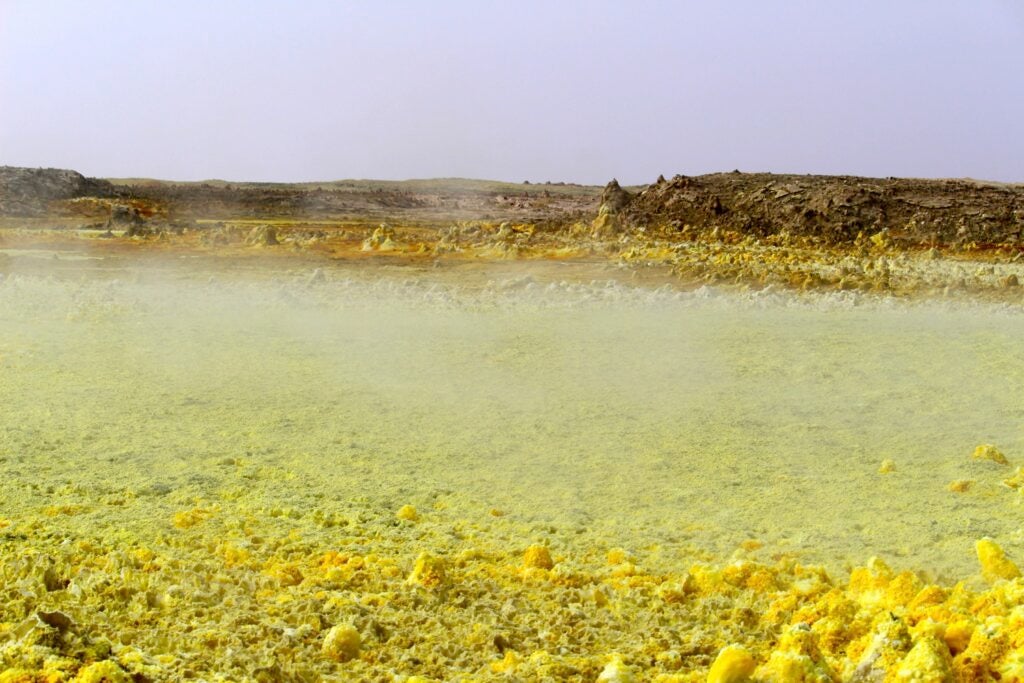 The mist hanging over the salt deposits is a mixture of sulfur and chlorine gases. 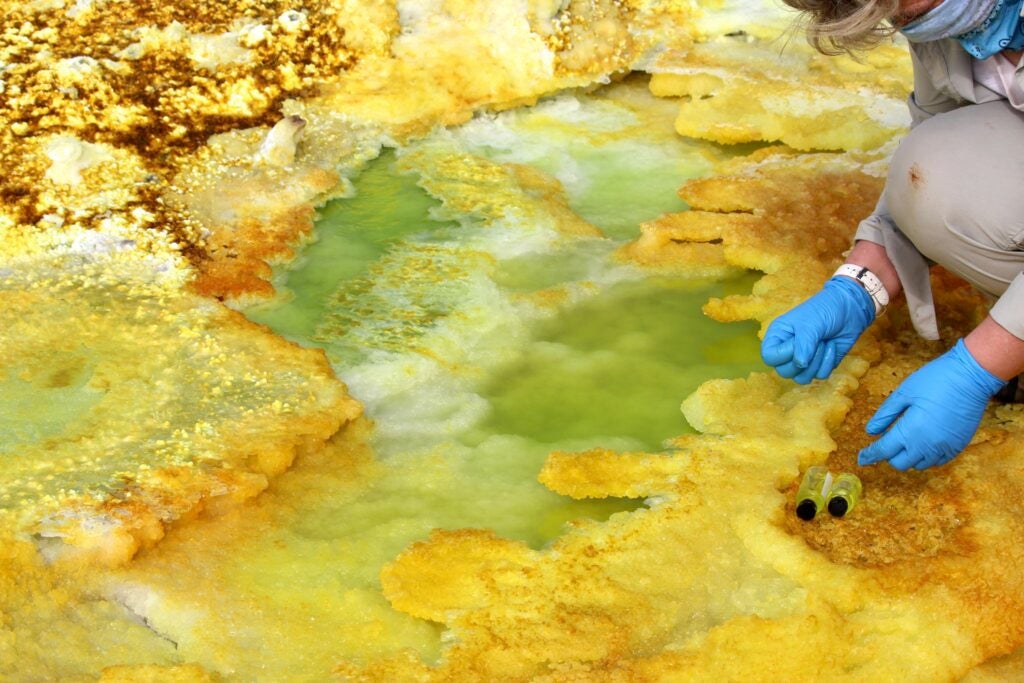 Researchers hope that the extremes of the Danakil Depression might prove analogous to environments on other planets.
Biology
Africa
aliens
astrobiology
hot springs
volcanoes