The Science Of Cell Division, Illustrated 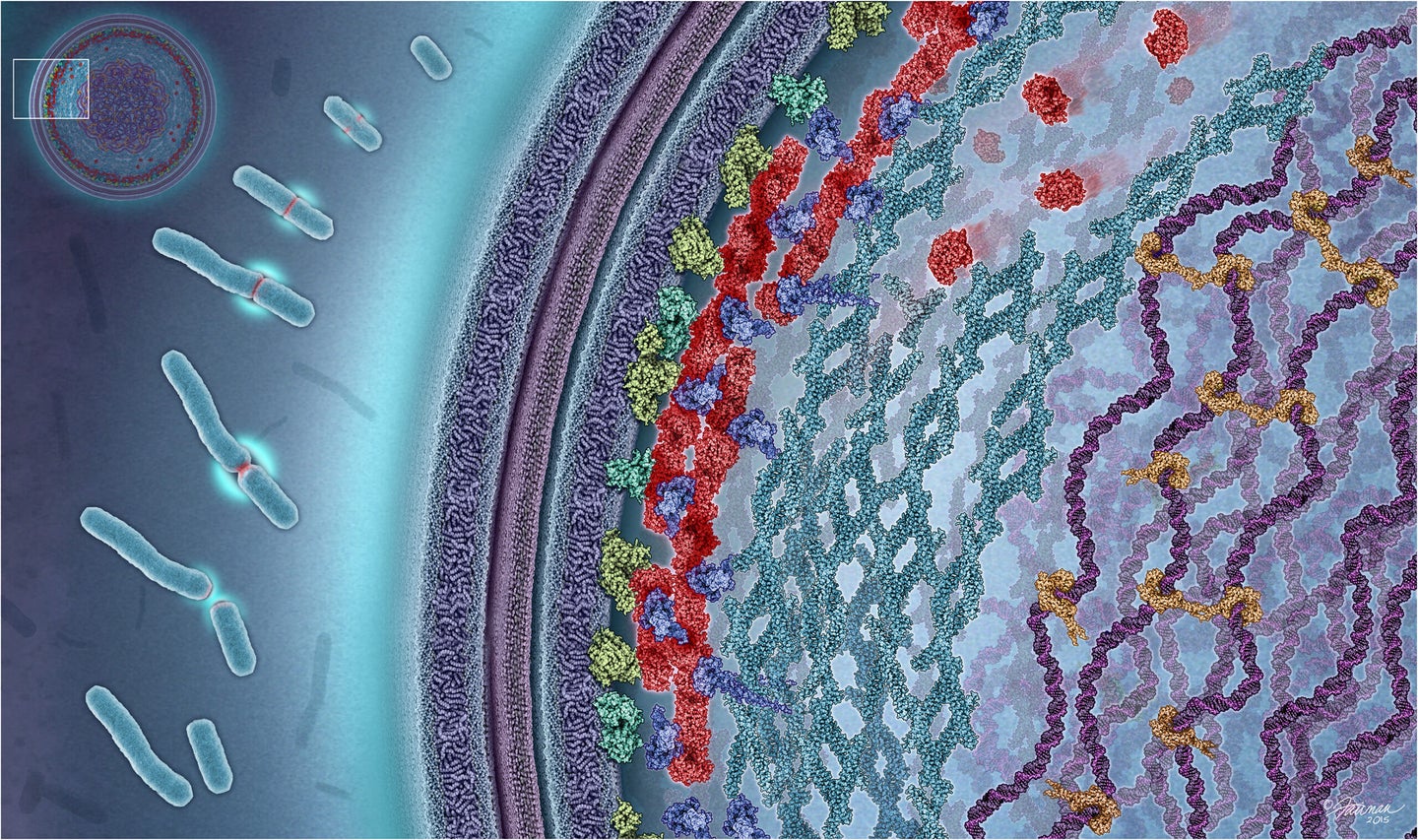 Until recently, no one knew exactly how E. coli bacteria divide. This illustration captures the science of the cellular split. [Read more.]. Jennifer E. Fairman
SHARE

When her colleague Jie Xiao approached her to make an illustration for a journal article, Jennifer Fairman didn’t know just how challenging the assignment would be. Xiao was studying E. coli bacteria. Her team had revealed the arrangement of proteins, including one called FtsZ, at the site where an E. coli bacterium divides. Though she was working for a scientific audience, Fairman says she hopes the layperson can appreciate the complexity of the microscopic world in the image. Harold Erickson, a cell biologist at Duke University who has studied FtsZ but wasn’t involved in the research, called the model “quite an achievement.”

“The FtsZ Ring: A Multilayered Protein Network” won the People’s Choice award for Illustration in the 2016 Vizzies. See all 10 of the winners.