Below The Surface, Antarctic Seas Dazzle 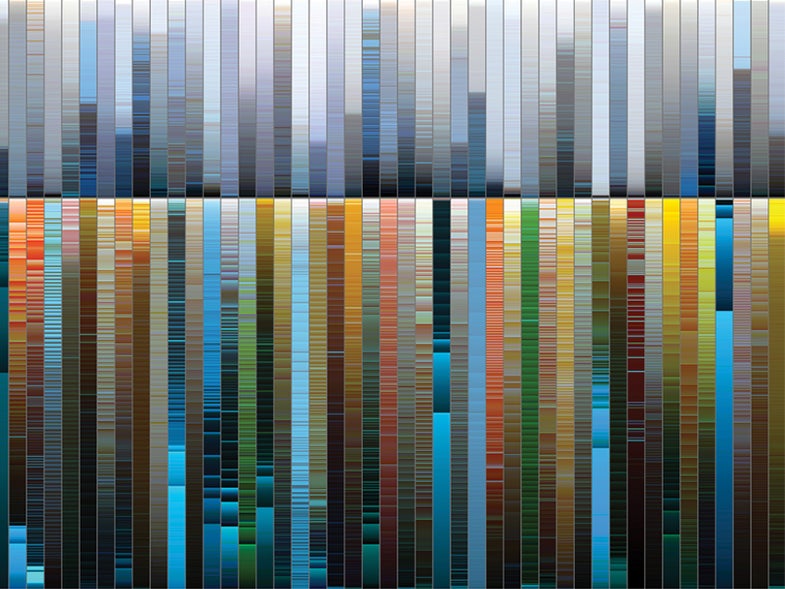 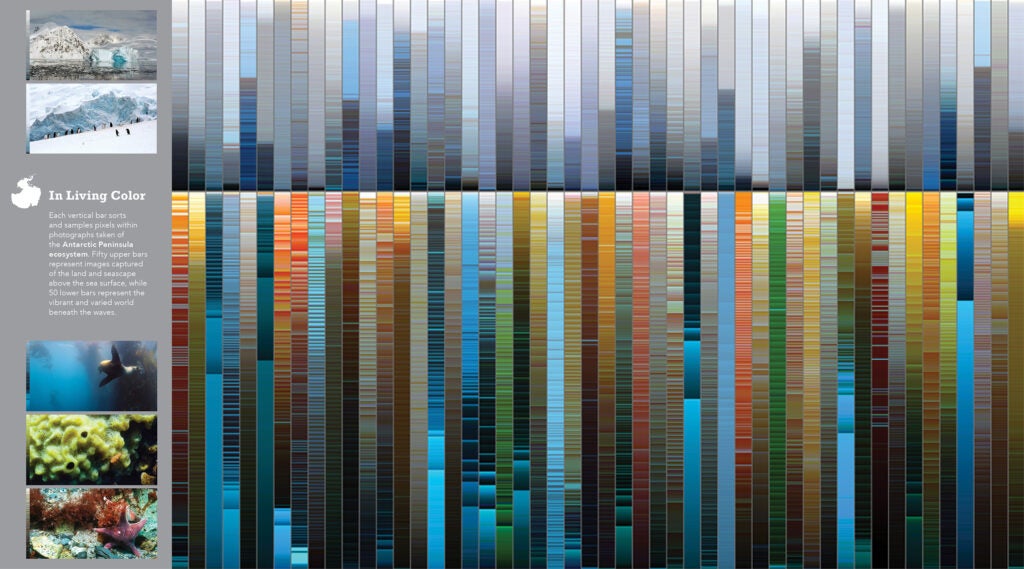 Even after nine trips to Antarctica as a marine-science technician, Skye Moret is still awed by the sea life that surrounds the icy continent. The waters brim with yellow sea stars, pink sea cucumbers, and delicate purple octopuses. To show off the vibrancy of the sub-marine environment, Moret compared 50 land and seascapes from above the surface with 50 shallow-water shots from below. She sampled the pixels from each image, and ordered them by hue and value. The resulting visualization hints at the color and diversity in the Southern Ocean. Moret wants to awe viewers but also remind them of climate change’s reach. “Life underneath the surface is warming also—it’s threatened and vulnerable, and it’s typically neglected in the dialogue,” she says.

“Antarctica: A Chromatic Paradox” won the People’s Choice award for Posters & Graphics in the 2016 Vizzies. See all 10 of the winners.