While Mercedes-Benz and BMW have been selling their top-of-the-line ubercars under their respective AMG and M banners for the last... 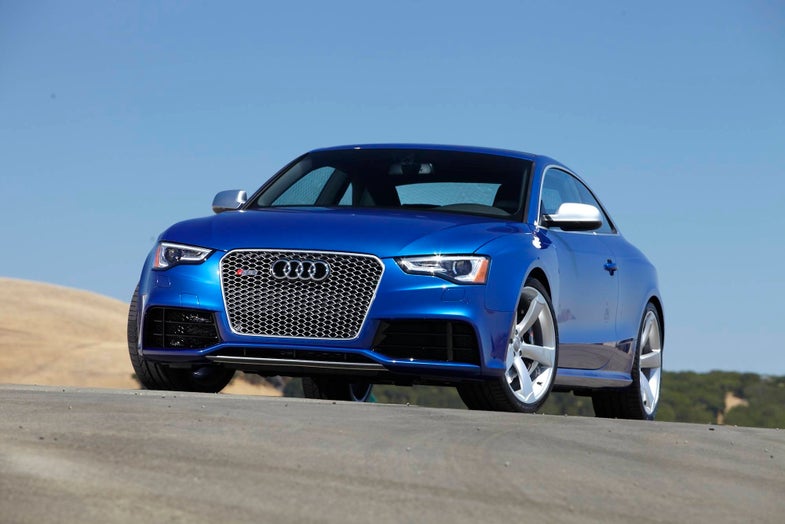 While Mercedes-Benz and BMW have been selling their top-of-the-line ubercars under their respective AMG and M banners for the last few decades in the states, fellow Teuton Audi, for marketing reasons unknown, has only been intermittently selling the baddest of its bad boys in the U.S.

Audi’s S models are more than enough in terms of power and speed for most drivers, but the company’s RS cars offer a whole lot more oomph. The RS designation represents the top of the Audi range in terms of speed, performance and, a trait that makes the hearts of car buyers in this realm go pitter-patter, rarity.

While the Audi A5 has been around since 2007 and the RS5 has been sold overseas since 2010, the $80,000-plus RS5 is brand new for the American market for 2013. Building off the rock solid A5/S5 platform, the in house Audi team that produces all the special high performance cars, quattro GmbH, has rejiggered the RS5, adding a whole slew of performance parts like a 4.2-liter direct-injected V-8 with 450 hp and 317 lb-ft of torque, a seven-speed S tronic dual-clutch transmission for quicker shifts, suspension upgrades and a newly developed self-locking crown gear center differential with a standard 40:60 rear-biased ratio for enhanced performance and handling capabilities. They also added Audi Connect with its Google integration and the ability to turn your car into a mobile wi-fi hot spot.

Being one of the lucky few who lives in Southern California, with its perfect weather and bountiful roads, I took off in the RS5 and headed up the 101 into the hills above Santa Barbara. At freeway speeds, the RS5 is responsive to throttle and steering inputs but doesn’t have that obtrusive, gut-rattling ride associated with some high performance coupes. That might be due to the standard Audi Drive Select feature with its three different modes—comfort, auto, and dynamic— that lets the driver customize the steering, throttle, transmission and exhaust sound for an over the top sporty driving experience, a leisurely Sunday drive or everywhere in between.

On the freeway, I’m no hero, so comfort mode works fine for me, but dipping onto a side road and switching to Dynamic mode you really being to feel the RS5’s speed and power. Audi says the RS5 goes from 0 to 60 in just 4.5 seconds and has an electronically governed top speed of 174 miles an hour. With fast shifts between gears, a taut drive and the mellifluous sounds of the wonderful naturally aspirated V-8 growling like a California Grizzly Bear under the hood ribbons of roads disappear and a smile comes across my face. This RS5 is a hoot to drive. 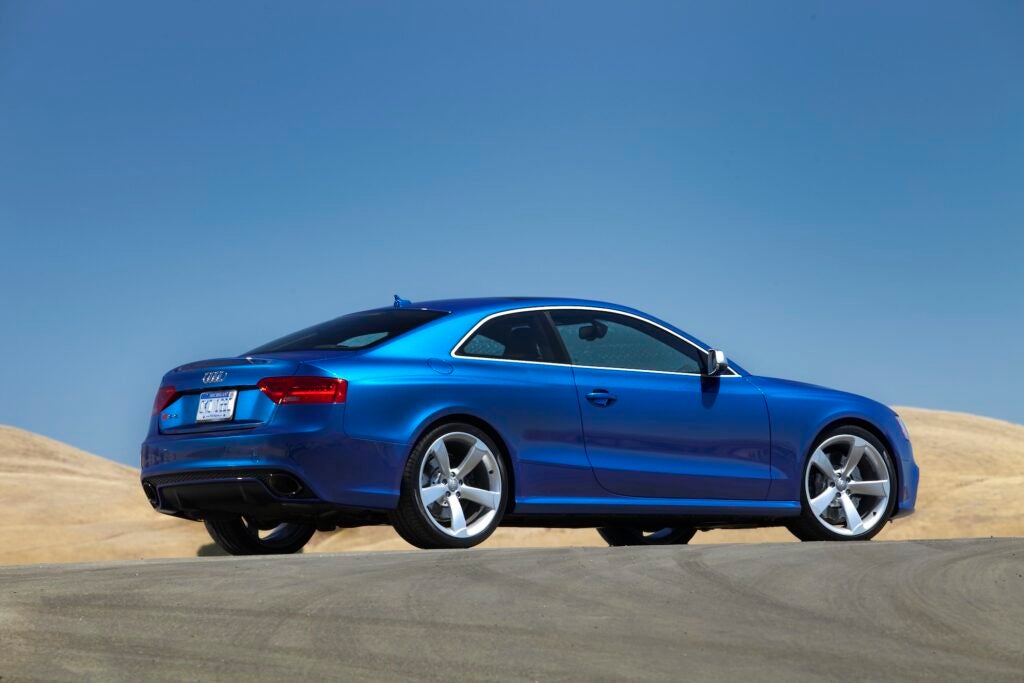 The drive, well, it’s the stuff dreams are made of. The cabin has a fit and finish befitting a car in the class and price and we really can get behind Google integration in every car. The Audi MMI system is intuitive and my Samsung Model S III worked flawlessly over Bluetooth.

In a case of too much of a good thing, while I love the sounds of the engine noise and feel of the road, the RS5 is occasionally too loud and overbearing on anything but the smoothest of roads due to the optional 20″ performance tires, a happy medium in a daily drive should have been reached. Also, the pricing seems out of line. I think Audi should have simplified the pricing structure and made all of the options standard except for the optional $6000 high-performance ceramic front brake package, which may be overkill for this car.

MSRP starts at $68,900. Our test model had almost every option, save the $6,000 ceramic front brakes. Options included Audi MMI Navigation package at $3,550, a Titanium package that includes bigger wheels and tires at $2,500, a Sports exhaust system for better performance and sound at $1,000, a special Misano Red pearl paint job at $475 and a Destination charge of $895 for a total of $77,320 roughly inline with the Mercedes-Benz C63 and the BMW M3.

The grand Teutonic battle for the hearts and wallets of the ubercar buyer is like something out of a Wagner Opera with Audi playing the part of Brynhildr. It ain’t over until the fat lady sings and Audi, better later than never to the party, sings pretty darn loud with the RS5. Viking helmet not included.

Jon Alain Guzik, is the resident car freak at PopularScience.com and can be tweeted at @jaguzik. For more of his car reviews, please go to DriveApart.com.