Volvo Puts Autonomous Cars In The Hands Of Consumers

Volvo has started testing self-driving cars on public roads, making it one of the first automakers to put fully autonomous... 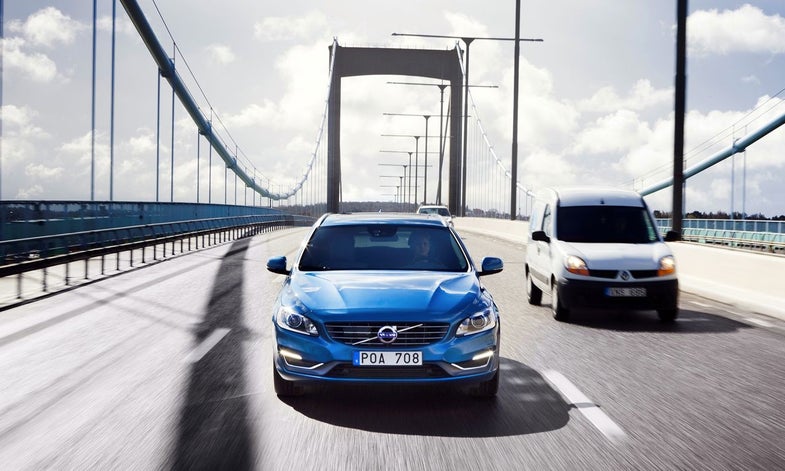 Volvo has started testing self-driving cars on public roads, making it one of the first automakers to put fully autonomous vehicles in the hands of consumers.

The Swedish company is selecting people to participate in a new project called Drive Me, which is endorsed by the Swedish government. Customers will drive cars equipped with Volvo’s Autopilot technology on 30 miles of selected roads in and around Gothenburg, Sweden. The company aims to have 100 vehicles in the program by 2017.

The vehilces include those in Volvo’s regular lineup, a spokesman said. Volvo’s Autopilot technology allows drivers to hand over all driving functions to the vehicle.

“The test cars are now able to handle lane following, speed adaption and merging traffic all by themselves,” says Erik Coelingh, technical specialist at Volvo.

Ultimately, the goal is to have cars drive the entire test route all on their own. Volvo did not say how close it is to accomplishing this.

Volvo’s Autopilot system uses a combination of radar, camera and laser technology to automatically steer, brake and accelerate. The company’s vehicles are already capable of automatic braking in emergency situations, as are vehicles from other automakers.

An autonomous vehicle made by Toyota that I rode in late last year was able to drive fully autonomously on bustling Tokyo roads. But it needed to be monitored closely and periodically corrected by the driver as it sometimes could not distinguish traffic lanes.

But the success of fully automated driving doesn’t depend on technology alone. It requires the buy-in of various constituents, including legislators, municipalities and transport authorities. Volvo’s Drive Me program has managed to do that.

“This public pilot will provide us with a valuable insight into the societal benefits of making autonomous vehicles a natural part of the traffic environment. Our smart vehicles are a key part of the solution, but a broad societal approach is vital to offer sustainable personal mobility in the future. This unique cross-functional co-operation is the key to a successful implementation of self-driving vehicles,” Coelingh says.