The Times's writer claimed Tesla's network of charging stations wasn't much help in the cold, but the company says that's not true. 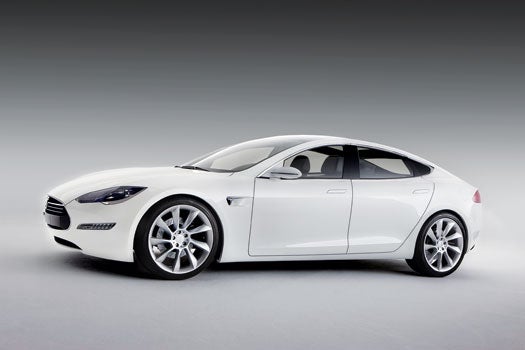 Elon Musk–CEO of Tesla and SpaceX, potential Bond villain, possible Iron Man ally–is in a very public spat with the New York Times. After the paper published a less-than-flattering account of a chilly road trip in the Tesla Model S electric supercar, Musk took to Twitter to accuse the writer of falsifying his account to make a better story. Now he’s written a lengthy blog post, replete with maps and annotations, which jointly accuse Times writer John M. Broder of making things up.

Broder has already replied to Musk’s tweets earlier this week, so we’ll get to him in a second. But Musk’s new blog entry is a major salvo in the fight–and an interesting lesson in managing your message.

The point of the article was to test the performance of new Supercharger stations, which Tesla installed along a stretch of Interstate 95. The carmaker says Americans won’t embrace electric cars until they’re as convenient as regular ones, and its Supercharger “filling stations”–where Tesla pays for your electricity–are a crucial step toward realizing that goal. But weather and traffic can affect the car battery’s performance, which can affect its range, and Broder found himself calling a flatbed truck to tow the car when it ran out of juice.

Musk’s blog post pokes holes in his story, using data that the billionaire CEO says was harvested from a car data logger. The company started using them in media test cars after an unfavorable review, which Broder does not seem to have known. “He simply did not accurately capture what happened and worked very hard to force our car to stop running,” Musk says.

He claims the car’s “state of charge” log shows the Model S battery never drained, including when Broder called the flatbed truck; he drove at speeds from 65 mph to 81 mph for a majority of the trip, faster than the article claimed; kept the cabin at an average temperature of 72 F; and so on.

After Musk’s initial accusations, Broder fired back defending the story. “Knowing then what I know now about the car, its sensitivity to cold and additional ways to maximize range, I certainly would have treated the test differently,” Broder wrote. “But the conclusion might not have been any better for Tesla.”

And that’s really the key here. This story was Tesla’s idea, meant to drive up consumer confidence that a car with no internal combustion engine can reliably get you where you want to go. It just didn’t turn out like they expected. Since the spat started a few days ago, a lot of writers–including us–have asked for additional test drives, so we’ll see what happens next.