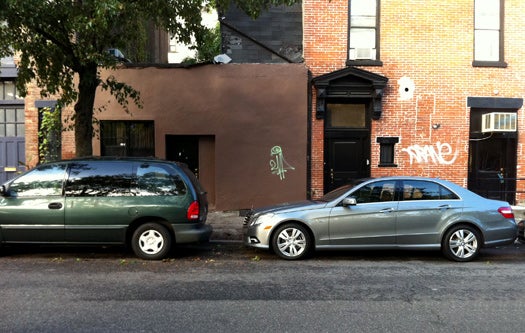 I’m a 28-year-old gadget nerd. Like many of my generation, I don’t often read instruction manuals. In dealings with parents, relatives and older friends, I’ve often struggled to wrap my head around what it is about technology that so fundamentally baffles members of generations past. Is it a fear of experimentation with the unknown? How can something that feels imprinted on my DNA be so utterly foreign to someone else? It’s a feeling shared by any son or daughter visiting home who, after a quick hug from mom and dad, is led unsubtly by the arm over to the computer desk: “Fix this. Please.”

But recently I’ve had some illuminating moments of empathy. And they’ve all come behind the wheel.

I haven’t owned a car since I was in college (a 1989 Toyota Corolla–White Fang, rest in peace), but being on good terms with Popular Science’s automotive editor comes with the occasional perk: I sometimes find myself with a new car to help test with a run to the grocery store or a quick road trip weekend. My promiscuity with many cars, rather than the reliably monogamous relationship most people have with one or two, has allowed me to frequently recreate the moment of first sitting down in an unfamiliar cockpit. Which means: I am frequently very confused inside an automobile. This confusion can take many forms.

Discomfort: After licking my lips at a torquey Mercedes E-350 BlueTec diesel (my first time behind the wheel of a Benz), I climbed inside to find that someone with a frame considerably smaller than my 6’2″ had driven this beauty previously. No big deal, I thought, as I crept out of the parking garage into Midtown Manhattan traffic, hunched over the wheel. I’ve adjusted many a seat. But as I fumbled with the powered controls in what I thought was the universal-standard position—below the seat on the left side—I found all manner of lower lumbar support options, but nothing to slide the seat back. I remained hilariously hunched for the next 30 minutes, before realizing on the Manhattan bridge that Mercedes likes to put their main seat controls next to the door handle.

Mild Panic: As I pulled into a moderately skeezy parking spot in Queens in the same Mercedes later that weekend, I unexpectedly found myself unable to lock the door. I pressed the button on the electronic proximity-sensing key fob and heard the doors’ latches lock. But upon pulling the handle to test, the door opened. This charade repeated several times, enough to start thinking that maybe I wouldn’t be able to leave this car unattended. It wasn’t until I gave my companion the key and had her step away from the vehicle that I realized the door was opening because the proximity sensor knew I was holding the key. 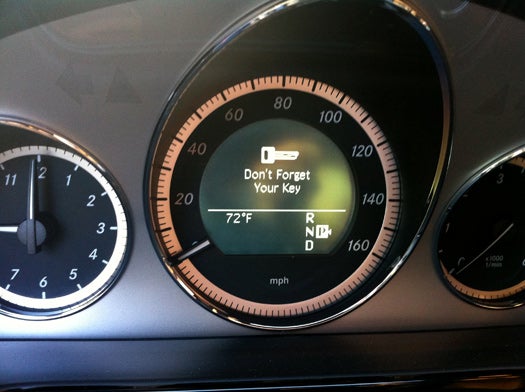 Frustration: Like many nicely furnished new cars, a Volkswagen Touareg I recently drove was equipped with another kind of proximity sensor—one that detects objects near your bumpers while the car is traveling at low speeds, beeping and lowering the sound system’s volume if it thinks you’re due for a fender bender. A nice feature. Nice, that is, until you find yourself in bumper-to-bumper traffic on the Whitestone Bridge leaving the Bronx. There, we found our music volume fading out (and, curiously, not returning to its previous level) every few minutes, as the sensors detected the bumpers of our fellow frustrated gridlock victims. Even in standstill traffic, my passenger and I could not coax the touchscreen control panel to turn off this feature.

Helplessness: In a Mitsubishi Outlander driving in a decent rain shower, I fell victim to another smart feature that adjusts the speed of your windshield wipers in relation to how fast the car is moving. Like many drivers, I am particular about the frequency of my wipers—and yet my settings wouldn’t stick. Until I found and switched myself out of Automatic mode on the wiper stem, I was beginning to entertain the idea that I had lost my mind. 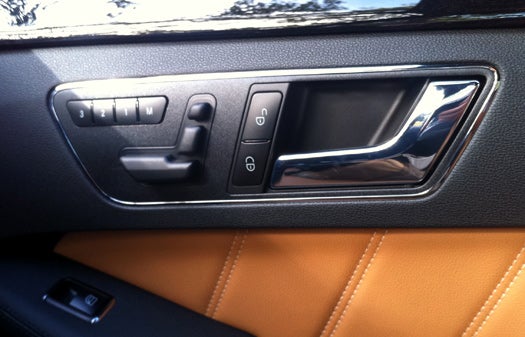 Absurdity: Back in the Touareg, my driving companion plugs his iPhone into the audio system via docking cable in the glove box. “Good Thing” by Fine Young Cannibals immediately plays. It turns out, the system auto-plays by default the first song on the first playlist when it detects a connected iPod or iPhone. Needless to say, we became extremely well acquainted with the jangly opening bars of “Good Thing” that weekend.

Before this starts sounding too much like something from the desk of Andy Rooney, let me state plainly that smarter cars are a welcome development in the automotive world. The gadgetification of our cars has happened extremely fast, and it shows no sign of slowing. But my confusion should not be taken as a general cause for worry—I’m sure all of the features that puzzled me initially can be tweaked to suit my needs and tastes, after a bit of stationary fiddling and manual-reading.

And for every confounding new feature, there are those that effortlessly improve the driving experience. The rear-facing backup camera, which I find in just about every new car I drive, makes parallel parking in a modern vehicle one of driving’s most satisfying moments. And blind spot indicator lights in the side view mirrors, like those on a Mazda 6 I drove, are extremely useful when switching lanes in city traffic.

The greater point, then, is that I’m not used to feeling lost inside a new system. Each of the conditions above is unique in the type of resulting road rage, but they all have a common factor: confusion. It’s almost refreshing for someone like me to be reminded of this feeling—one experienced by millions of people as they more frequently encounter technology in their lives in new, unfamiliar places.

But it also poses a challenge to the auto industry: make the increasingly sophisticated technology inside our cars easier to use. Features like blind spot indicators make driving safer, but I’d argue that tapping through a touchscreen to find out why the stereo keeps beeping might cancel out such a gain. Are we safer, then, on aggregate? I would think so, but from my outsider’s perspective on new cars, there are times when it feels like we’re not.

In an automobile, the fearless experimentation that allows a younger person to be more comfortable with technology is reduced—there’s only so much exploratory fiddling you can do at 60 mph. With the playing field so leveled, automakers must work even harder for simpler interfaces that require little to no familiarity or advanced knowledge to operate.

Because behind the wheels of our cars, for safety’s sake, we should all feel like master technophiles.