Scientists see seashells in UV light by the seashore 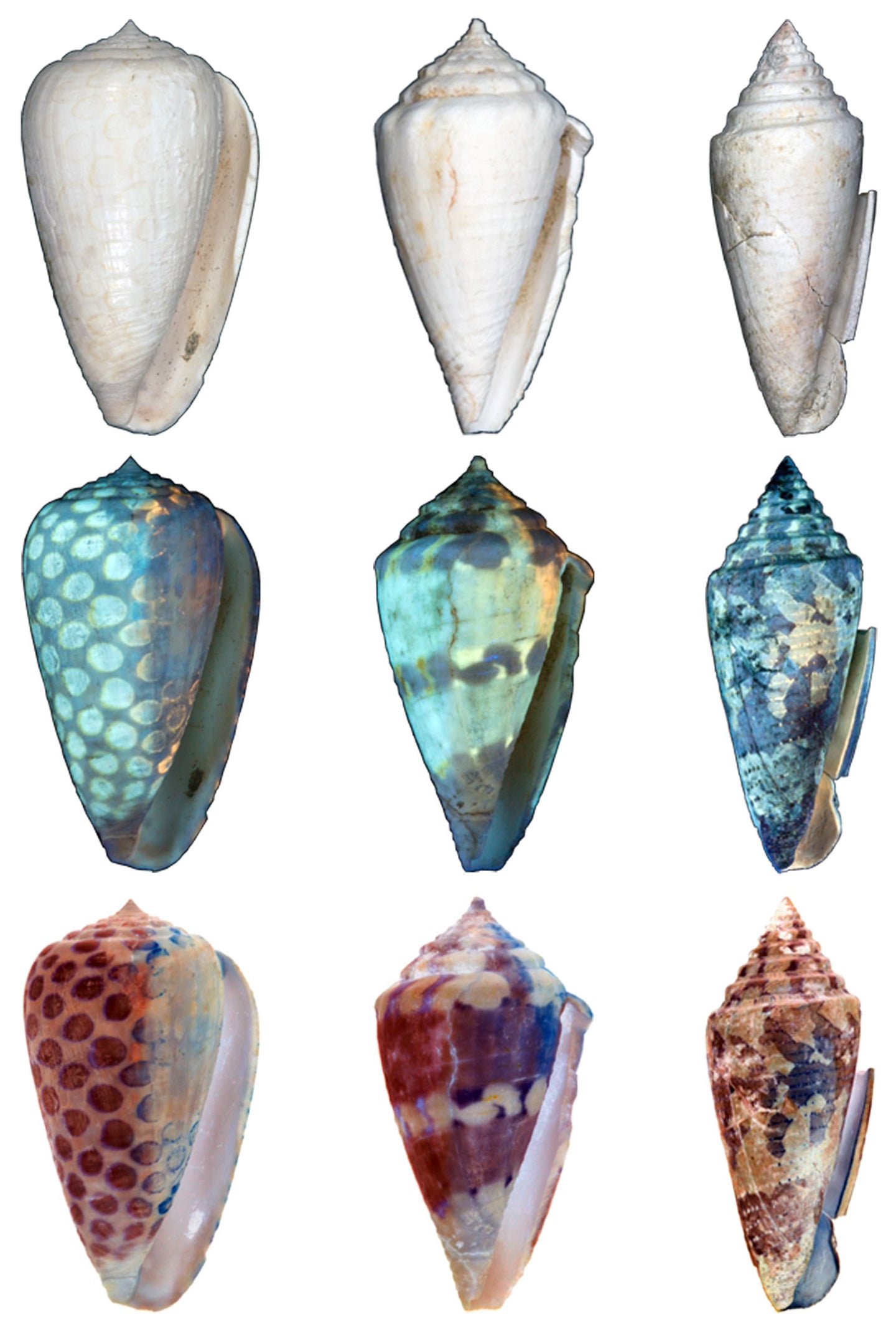 The colors of the Parthenon aren’t the only to have faded with time. Just as centuries of weather and sun have stripped the Greek icon of its rich hues, millennia of natural forces have robbed ancient seashells of their various pigments.

But now scientists can peek into the past and catch a glimpse of what these lovely seashells would have looked like in their prime. In a new study published today, researchers discovered that by putting the shells of fossilized cone snails under an ultraviolet light, they could see what the shells may have looked like millions of years ago.

Under the light, areas of organic matter, where the pigment was most pronounced, light up. The researchers are still trying to figure out what compound inside the shell causes it to fluoresce, but they speculate in the paper that it might have to do with oxidation–when oxygen molecules interact with other substances. In the paper the authors write:

The scientists hope that by having a better idea of the colors and patterns of these fossils they will be able to sort out not only different species, but how those species relate to their modern counterparts. They found that some of the patterns on the shells were very similar to cone snails living today. In addition, the researchers discovered 13 new species of cone snail, including one with polka dots.