Sure, you could take the lift up with the rest of the gapers and ride the designated, groomed slopes back... 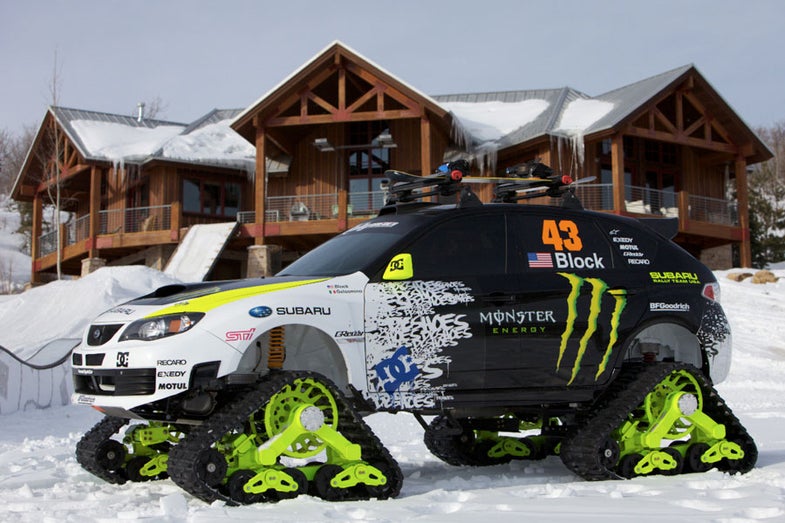 Sure, you could take the lift up with the rest of the gapers and ride the designated, groomed slopes back down to the ski lodge, but then you would be lame. Rally car racer and DC Shoes co-founder Ken Block prefers something a bit less conventional, like his Subaru-based TRAX STI, the world’s fastest cat track operation automobile.

Based on a race-ready Sube WRX STI, the car was tweaked by Vermont SportsCar to pack 400 horsepower, competition dampers, a turbocharged, intercooled STI engine and, of course, cat tracks where the tires used to be. Although not shown in the video below, the backcountry badass also can pull a custom fiberglass four-person sleigh that can hold four snow boarders and their gear.

The goal? Delivering boarders to backcountry locales traditional ski lifts–much less traditional automobiles–could never reach. That’s not to mention the fun you can have simply racing around in the snow with rally car speed and handling. But don’t take our word for it, check out Block’s test run in the video below. “0-60” magazine also has more pics and an interview with Block about his high-powered, high-country toy.