Airbags have become a crucial part of the safety features in any modern car. Unfortunately, they only protect people in... 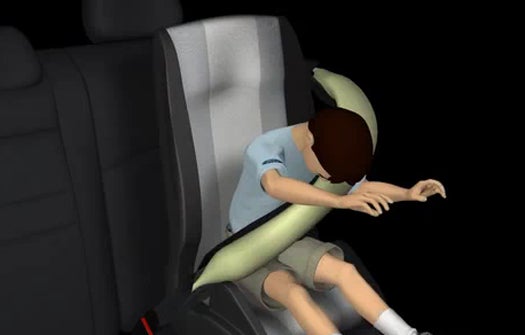 Airbags have become a crucial part of the safety features in any modern car. Unfortunately, they only protect people in the front seats. To solve this problem, Ford has created a combination seat belt/airbag for passengers in the back of the vehicle.

The inflatable seat belts blow up upon impact of a certain force, quickly expanding and providing added restraint and protection for people riding in the back seat of cars. And since the passenger in the back seat is more likely to be a child or elderly person, that extra protection really goes a long way.

Ford plans to introduce the inflatable seat belts in their next version of the Explorer, with the belt presumably included to the rest of their line as time goes on.

To see the belts in action, check out this video: