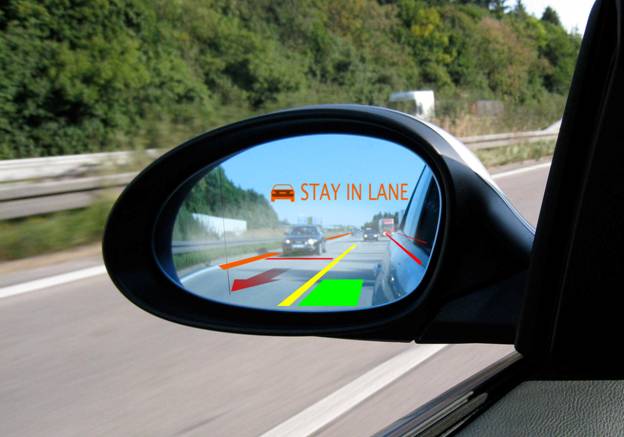 Soon the Dark Knight and other wealthy folk may not represent the only people tearing around with a holographic heads-up display (HUD) for their rides. A new prototype unveiled today is small enough to fit inside a rear-view or wing mirror and display car speed or distance between vehicles in real time.

This holographic projection device has a far smaller size than current car HUD systems, which require large liquid-crystal arrays and optics. By contrast, the device developed by Light Blue Optics uses constructive and destructive interference of light to compose its holographic images. 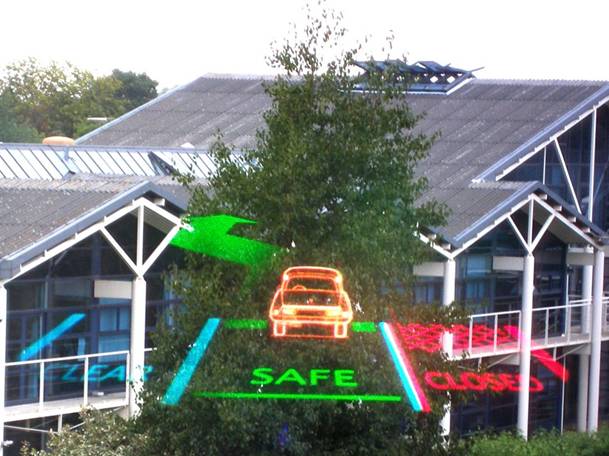 The company designed its prototype to project an image through a two-way mirror, so that information appears superimposed over the reflected road view. The device went on display at the Society for Information Display’s Vehicles and Photons 2009 symposium held in Dearborn, Michigan.

Such a device could improve driving safety by allowing drivers to get critical information without having to look away from the road. Light Blue Optics also says that their technology works just as well on forward displays, such as a car windshield. Just don’t expect to drive cars with the devices for at least several more years.