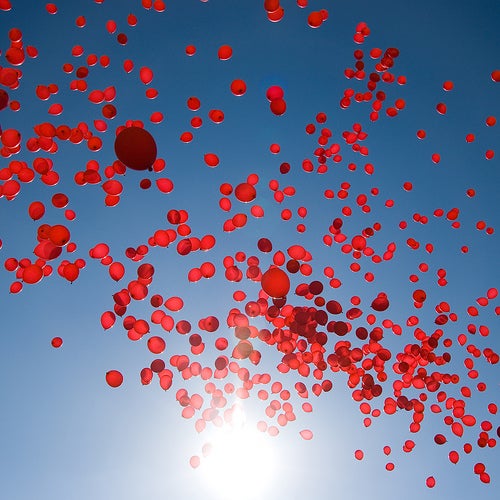 Most DARPA challenges serve some sort of obvious military or intelligence purpose. But the agency has us scratching our heads over its latest competition, the Network Challenge: a $40,000 cash prize will go to the first person who finds the correct latitude and longitude of ten weather balloons located within the continental United States.

The DARPA Network Challenge kicked off on Thursday to commemorate the Internet’s 40th anniversary, and marked four decades since the first message was sent over the Department of Defense’s ARPANET.

Each of the 10 red balloons will be placed in hidden but publicly accessible locations during the daylight hours of December 5. Would-be balloon hunters can start registering for the challenge on December 1, and have until December 14 to submit balloon locations to the contest website.

DARPA has left only the vaguest clues as to its intentions, but it’s clear that the mad science lab has a strong interest in leveraging the power of online social networking. The contest rules note that the agency “will compute aggregate statistics,” and may contact contestants “to discuss the means and methods used in solving the challenge.”

We’re used to DARPA reaching for the stars on schemes such as space debris cleanup and creating cyborg beetles. And who wouldn’t get behind self-regulated morphine delivery for wounded warfighters?

Still, this particular challenge can’t help but remind us of the CIA’s recent investment in a firm that monitors social networking. Perhaps the Department of Defense has even hit upon a more cost-effective approach for just $40,000 (and there’s no prize for second place).

In any case, DARPA clearly hopes to mine useful surveillance or tracking techniques based on existing Internet tools. Future intelligence analysts and field agents might gather intel and communicate in ways that ape how social networks already find news nuggets, gossip tidbits and the latest hot spots. Which leads us to this question — tweet much, Jack Bauer?