Reinvention of the Month: An Electric Unicycle Transforms Into a Safer Two-Wheeler 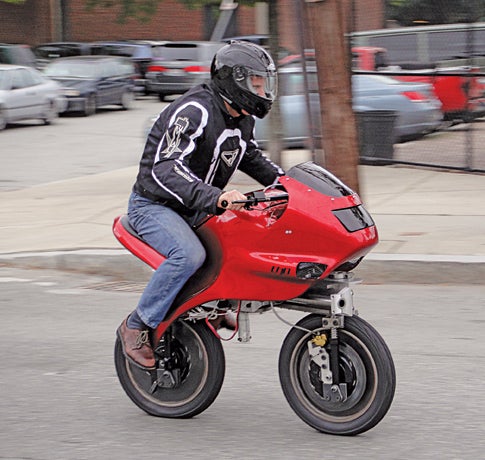 The new Uno features a hand throttle and brakes. In unicycle mode, the body shifts horizontally to keep the rider's weight over the wheels. Courtesy Big Motors
SHARE

Since we last checked in with Gulak, now a Massachusetts Institute of Technology sophomore, he has rounded up $1 million in investments to found BPG Motors, hire engineers, and rent workshop space. The original design called for the rider to crouch over the Uno’s central parallel wheels and accelerate by leaning forward, as on a Segway. Although no one was ever injured, the face-plant potential seemed high at speeds beyond 12 mph, so Gulak set to making the Uno—a bike he intended to traverse crowded, potholed cities at 40 mph—a safer ride. 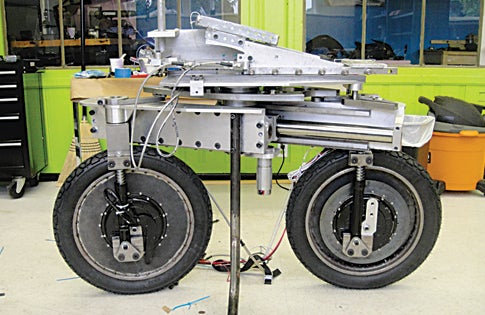 That led to a bold decision: His team overhauled the chassis so that its signature side-by-side wheels would move into line at high speeds. Now when the Uno hits 20 mph, motors pull the wheels apart along separate tracks and realign them into a motorcycle-like configuration. “The original Uno was quite scary to speed up on,” Gulak says. “This is a much more user-friendly experience.”

Between calculus classes, Gulak and his team are debugging the steering controls and smoothing the transformation so it goes unnoticed to the rider. He also plans to lengthen the wheelbase and redesign the fiberglass body, with an eye toward selling preproduction models early next year. “It’s not quite what I envisioned,” Gulak says. “But a transforming bike is way cooler.” 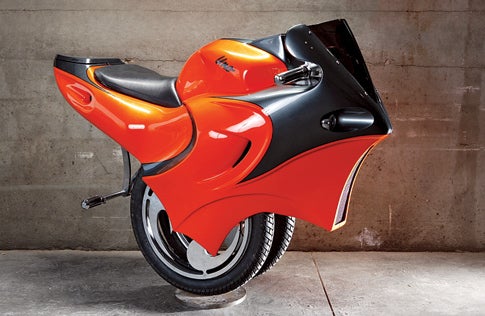 To provide more stability at speeds over 20 mph, Gulak rebuilt the first Uno so that its parallel wheels slide into a motorcycle-like configuration.
Vehicles