An industrial designer's award-winning concept for a taxicab generates interest from car builders in Mexico. Could that nation's capital become a test bed for cars for hire? 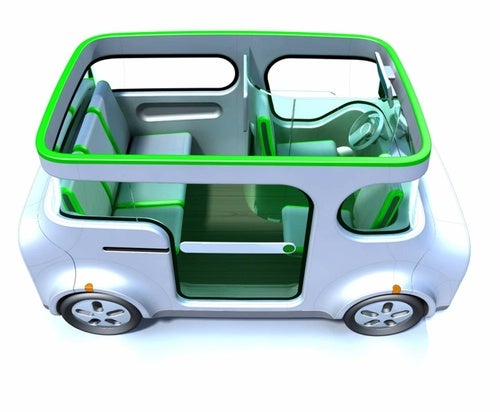 Industrial designer Alberto Villareal had an idea for a zero-emissions taxicab to replace the copious cabs of his home domicile: smog-choked Mexico City. He named the fuel-cell-powered taxi, which maximizes space while reducing weight and uses solar power to supplement its electrical system, MX-Libris.

Officials at Design Zentrum Nordrhein Westfalen in Essen, Germany thought MX-Libris was such a novel solution to the city’s car-for-hire ills that they gave Villareal their coveted Red Dot design award in 2008. Now, Villareal says two Mexico-based companies — a taxi distribution and management firm and a car body maker — could be ready to build a prototype of MX-Libris, and maybe even put it into production.

Part of the seed money for the EX-Libris prototype could come from a Centro de Transporte Sustentable (CTS) a non-profit, non-governmental organization set up to fund such transportation projects.

The design also includes a drive-by-wire system, which replaces mechanical with electronic systems, and low-voltage lighting technologies like electroluminescent or flexible LED strips.