After a four-year break, Volkswagen brings the Golf diesel back to the US. Don't call it a Rabbit, but do call it good, clean fun 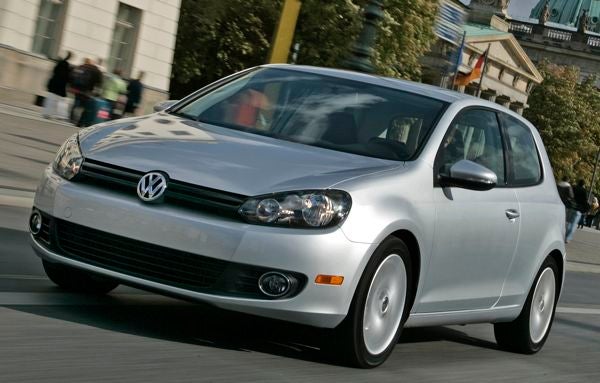 After four years off the market in the US, the Golf diesel returns for 2010. Lush acceleration, excellent mileage, new styling cues and a well-considered interior make for an attractive, economical package. Volkswagen
SHARE

With not quite 50 horsepower at the wheels, the original Volkswagen Rabbit diesel couldn’t hit 125 miles per hour from the barrel of a circus cannon. Yet here we are in the 2010 Golf TDI, outgunning the locals (at least some of them) on a stretch of autobahn near the company’s Wolfsburg headquarters. Not since I found my stash of Kiss solo albums in the attic has 1978 felt so long ago.

Volkswagen’s on-again-off-again production of diesels for the US in the ensuing three decades entered a new “on” phase in 2008 with the reintroduction of the Jetta TDI. This year, the company is returning the diesel Golf TDI (formerly Rabbit, formerly Golf, formerly…) to the US after a four-year absence.

VW phased out its aging Pumpe Düse fuel-injection system — a modular unit that combined a low-pressure pump and injector nozzle in one component — in favor of the latest common-rail direct injection tech. In the new system, a high-pressure fuel rail feeds four precise piezoelectric injectors, improving efficiency and reducing emissions (which also gets help from a particulate filter) to meet standards in all 50 US states. That system also relies on the 2007 introduction of low-sulfur diesel in the US.

The latest TDI engine is a 2.0-liter turbocharged four-cylinder, the same one that arrived stateside last year in the Jetta. Paired with either the smooth-shifting manual or twin-clutch DSG automanual, the new TDI is urbane, quiet and supplies a wave of low-end torque that gives the Golf the lush acceleration feel of a premium-priced six-cylinder, if not the unrelenting shove. That’s a function of the 140-hp engine’s abundant 236 lb-ft of torque between 1,750 and 2,500 rpm.

At 125 mph our Golf TDI is tapped out for speed, but the chassis and suspension could easily endure another helping of velocity. In line with VW product planners’ value equation, all Golf TDIs sold in the US will get a sport suspension that’s lower and stiffer than that of the base model (powered by a 2.5-liter five-cylinder gasoline engine). The Golf TDI’s running gear sits bedrock stable for us at triple-digit speeds, but awakens just beyond an off-ramp near the town of Schleibnitz, giving the Golf an alert, quick-to-respond feel along the winding B-roads of Lower Saxony.

Visually, the stocky, new Golf — now in its sixth generation — shares the road presence of its pricier European brethren. VW head designer Walter di Silva fittingly calls the Golf’s blocky comportment “monolithic.” The Di Silva gang also penned a new face for the VW brand, which shows up on the Golf in the form of a new, wider dual-bar grille that walks its way into a pair of tapered halogen headlamps. It adds up to a more aggressive, self-assured look. Inside the latest VW/Audi combination of understatement and quality materials wins again.

And then there’s the fuel economy. At 31 mpg (city) and 42 (highway) with the DSG transmission, it’s solidly in hybrid territory.

In Europe, Volkswagen will offer a sportier version of the Golf diesel based on the spry GTI, called the GTD. That model will get a turbocharged and intercooled 170-hp engine with 258 lb-ft of torque. It gets from zero to 60 about a second quicker and costs a few thousands more. Maybe if the standard model makes it over here, diesel will become the next hot performance option. Either way, diesel has aged much more gracefully than Gene Simmons’ cover of Disney’s “When You Wish Upon a Star.” That was just plain embarrassing.

After four years off the market in the US, the Golf diesel returns for 2010. Lush acceleration, excellent mileage, new styling cues and a well-considered interior make for an attractive, economical package. 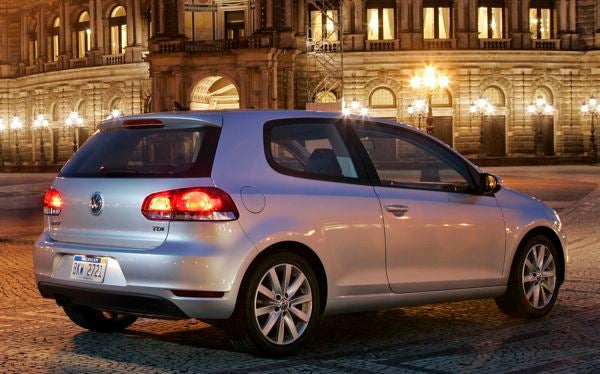 Now in its sixth generation, the latest Golf gets new styling cues that give the hatchback a presence Volkswagen design chief Walter di Silva calls “monolithic.” 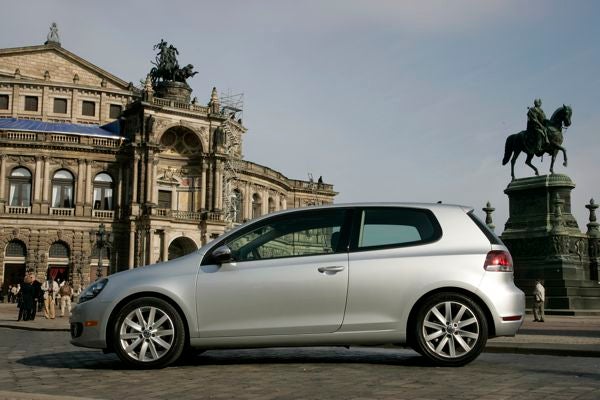 In the US, the Golf TDI comes only with VW’s sport suspension, which is lower and stiffer than that on the base-model Golf. The Golf TDI also comes with 17″ Porto alloy wheels and a touch-screen audio interface with Sirius satellite radio. 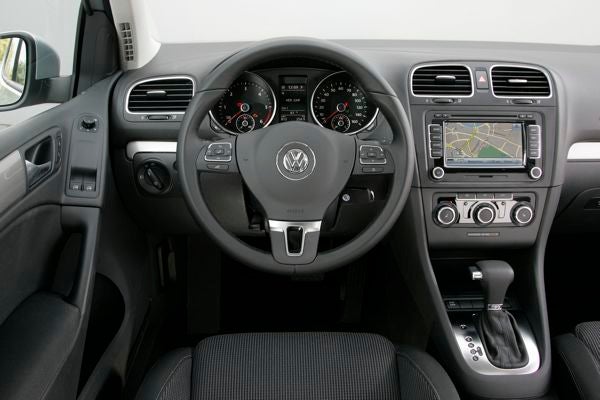 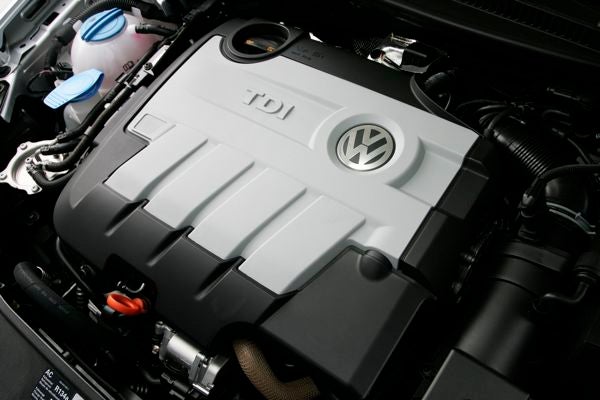 VW phased out its aging Pumpe Düse fuel-injection system — a modular unit that combined a low-pressure pump and injector nozzle in one component — in favor of the latest common-rail direct injection tech. The 2.0-liter turbocharged four-cylinder won’t win the Golf TDI many drag races, but paired with either the smooth-shifting manual or twin-clutch DSG automanual the 140-hp diesel provide a lush acceleration feel. That’s due to the 236 lb-ft of torque between 1,750 and 2,500 rpm.
auto news
Cars
diesel cars
Test Drive
test drives