Bringing the “wanted poster in the post office” concept into the 21st century, the FBI has begun using facial recognition... 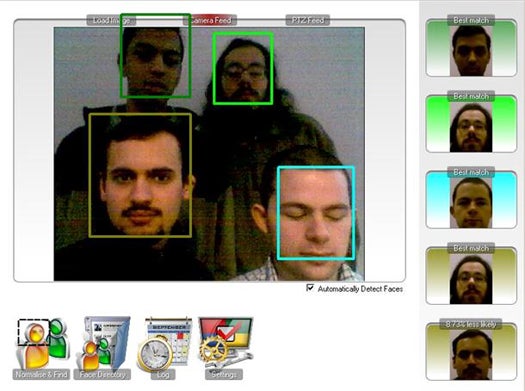 Bringing the “wanted poster in the post office” concept into the 21st century, the FBI has begun using facial recognition software to identify fugitives on North Carolina highways. The software measures the biometric features of thousands of motorists’ DMV photos, matching them against mugshots. When the face matches that of a known criminal, the authorities jump into action.

The program has already succeeded in identifying, and aiding in the apprehension of, a double homicide suspect. However, some worry that this technology necessarily tracks innocent people, violating the privacy of thousands of motorists.

“Everybody’s participating, essentially, in a virtual lineup by getting a driver’s license,” Christopher Calabrese, an attorney who focuses on privacy issues at the American Civil Liberties Union, told the Associated Press.

Federal statutes prevent the FBI from accessing state and local photos like those used for driver’s licenses. However, this program neatly circumvents that federal prohibition by operating out of the North Carolina state DMV.

Additionally, the accuracy of the system still needs some work, as a photo of an Associated Press reporter registered a 72 percent likeness with the face of a known terrorist.

The FBI plans to expand the program nationwide if the pilot program in North Carolina continues to bear fruit, adding another wrinkle to the ongoing debate over the balance between personal privacy and public safety.

[via The Associated Press]