IBM originally developed the material, made from recycled plastic, as an outcropping of its semiconductor work. 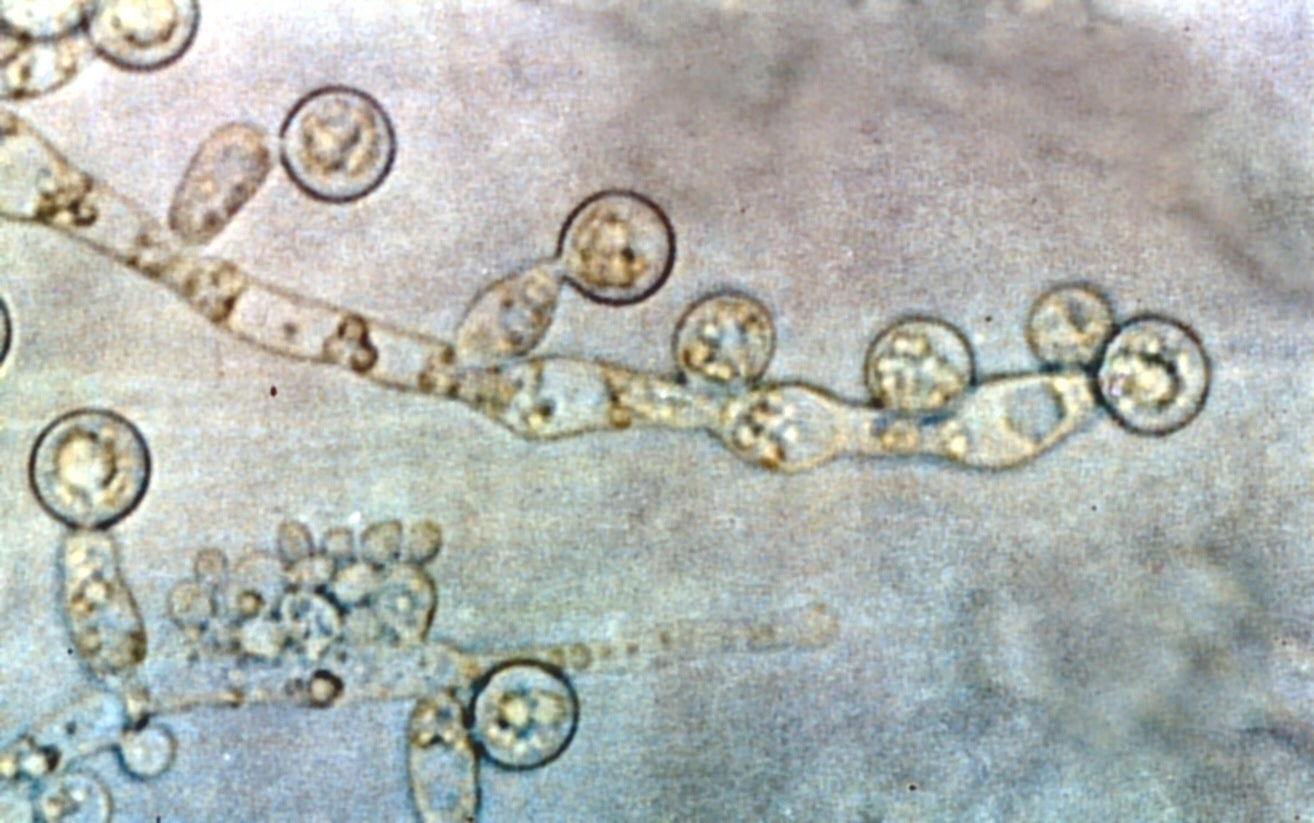 File this under weird things that work. Scientists have created a plastic-like material that, once in the body, acts as a drug against a fungus that causes infections in eyes and other body parts.

In experiments performed in petri dishes, the drug is promising. It punctures fungal cells, but not rat blood cells or human skin cells—a good sign that it may work against infections without too many ill side effects. The fungal cells also didn’t develop any resistance to the drug after several generations, which is important for a drug to keep working for a long time after it’s introduced. So the material, which can be made from plastic bottles, could be a candidate anti-fungal drug. Like other drugs, however, it will require a decade or more of testing to confirm it’s both safe and effective for people to take.

To test the plastic-based drug, biologists coated a contact lens with cells of the fungus Candida albicans.

The experimental medicine is part of a relatively new attempt to turn plastic-like materials into drugs. Scientists originally worked plastics into, say, the capsules of medicines, but in the past few years, some researchers have started to examine whether the materials themselves could be therapeutic. This new research was performed in part at IBM’s research center in San Jose, California. The semiconductor company has been researching what else it can do with the materials it originally developed to etch patterns into silicon wafers, Spike Narayan, the director of science and technology at IBM Research, tells Popular Science.

The molecules IBM and other researchers studied here tend to pack together in structures with an overall positive charge. Reseachers think they work by interacting with and penetrating the walls of fungal cells, which have a negative charge.

To test the efficacy of the new drug, the researchers, from the U.S., Japan, Singapore and China, conduced some delightfully gross experiments. In one, biologists coated a contact lens with cells of the fungus Candida albicans. When they applied their therapeutic, the Candida cells burst. (Don’t think about this too closely if you wear contact lenses.) (But do let me just say Candida albicans also cause yeast infections in women.) (You’re welcome.)

The scientists also gave mice Candida albicans eye infections, then treated their mice with their plastic-derived drug, with a strong prescription antifungal drug called amphotericin B, or with water drops. Both the new drug and amphotericin B, which is available for doctors and patients today, worked against the infection. Water didn’t.

IBM researchers are chemists, not biomedicine researchers, so the next step for their discovery is to wait to see if any pharmaceutical companies give them a call about taking on their work and advancing it. The research team published its work yesterday in the journal Nature Communications.