A placebo really can mend a broken heart

The power of belief compels you 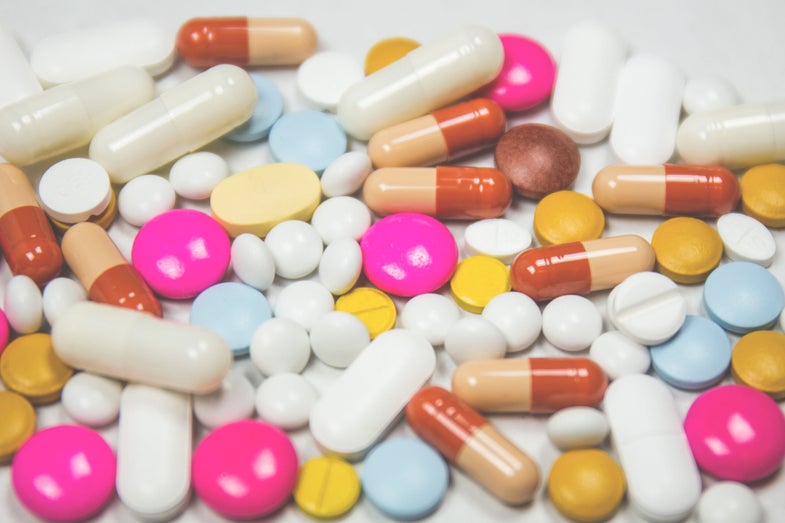 A pill to lift you out of your post-breakup doldrums sounds too good to be true. Come on, one pill to feel better almost instantly about your broken heart? And you’re right—it’s actually a nasal spray.

To be technically accurate, this spray isn’t a medication. It’s a placebo. But if the shoe fits and the spray works…right? This is where the ethics of placebos gets sticky. In this particular study, which came out in The Journal of Neuroscience, a group of psychologists and neuroscientists took 40 people who had experienced a breakup in the last six months and were shown pictures of their ex. They were prompted to recall the emotions associated with the breakup, and then had a hot stimulus applied to their arm. After this lovely experience, the participants were given a nasal spray that in reality contained basic saline solution, which has no medicinal effect on its own. The psychologists told half of the group that the spray just helped the MRI, but told the other half that the spray contained a medication that would alleviate both physical and emotional pain. Then they repeated the task of looking at pictures of their ex and recalling the unpleasant feelings they had surrounding the breakup, all while having a sharp pain applied to their arms.

The people who had the “medication” felt better about the breakup and felt less pain from the hot stimulus. And really, that shouldn’t be surprising. Placebos can alleviate the side effects of chemotherapy, boost dopamine production in Parkinson’s patients, improve breathing in asthmatics, and even relieve the symptoms of irritable bowel syndrome. Believing that something will make you feel better actually does. Which isn’t to say that the placebo effect is always a panacea.

It’s true that the nausea and headaches that chemotherapy causes can, almost magically, disappear with a simple sugar pill—but that won’t shrink your tumor. And while you might feel your airways are clearer after an inhaler full of nothing, the objective measures of lung function improve far more when the inhaler is full of albuterol.

Placebos, at least in the long term, work mostly for subjective experiences. If a doctor tells you that an ointment will heal your burn mark, even though you can see that it doesn’t, you might feel less pain from it. But you probably won’t be fooled into seeing the burn disappear. And yes, placebos can improve dopamine production in Parkinson’s—a disease characterized by a loss of dopamine—but it can’t provide a cure, just a temporary solution.

We’re kind of used to thinking of placebos as useless. They’re the things we test ‘real’ medications against to see if they actually work. They’re the effect that armchair logicians throw out as proof that something is imaginary. They’re also pretty harmless solutions to very common problems. Some patients who are expecting to have side effects to a drug will get those side effects even on a placebo, but barring those cases a sugar pill or a saline nasal spray has no detriments the way many medications do. And yet it can have a tremendous positive effect on people.

There’s no medication anywhere in the world that can chemically mend a broken heart. Well, maybe there are some illicit solutions, but few that will do it with no side effects. If a placebo could, wouldn’t you want to take it? The only tiny, itty bitty ethical conundrum is this: a doctor would have to lie to you. In the context of a clinical trial, they’re allowed to ‘lie’ for the sake of having a double-blind study. But outside of that context? It’s iffy. Then again, some people can get the benefits even if they know the treatment is a placebo—they just have to believe a placebo could work anyway. Talk about willing suspension of disbelief…

But hey—emotional pain can almost literally break your heart. Why shouldn’t belief mend it?