Facebook And WhatsApp Back Apple In Fight For Encryption 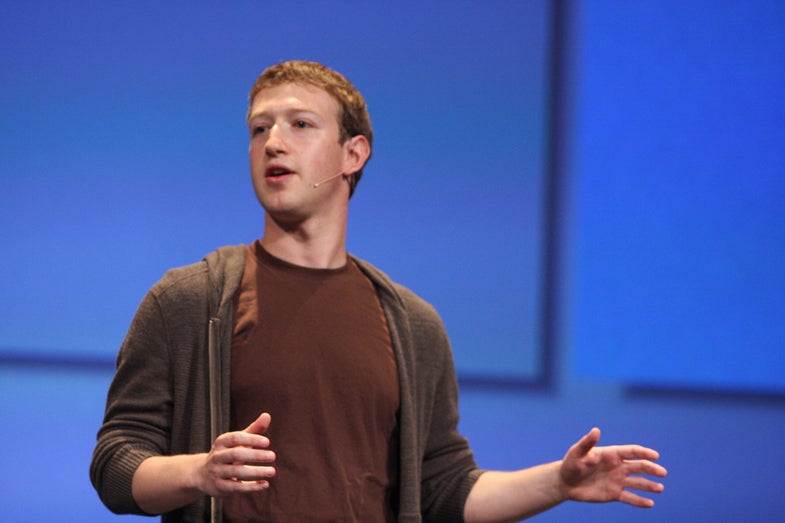 The battle for the right to strong encryption rages on. First we saw Apple have to defend their users’ right to privacy regarding the iPhone involved in the San Bernardino shooting. With one of the shooter’s iPhone 5C units in FBI custody, the government requested that Apple create a tool that weakens iPhone security—to which they said no. Repeatedly. Now the CEO of Facebook-owned app WhatsApp Jan Koum and the social network king himself, Mark Zuckerberg, are backing Apple’s decision.

The recurring theme of tech companies’ battle with the government over encryption seems to be more data, more problems. Facebook, with its 1.5 billion users, is no stranger to that. And nowadays WhatsApp is a huge part of that, having accrued over a billion users itself. With an app as widely used as WhatsApp, many courts have sought out the data trapped in the app. Brazil may be the most extreme case, where—due to WhatsApp’s choice not to comply with a court order in a criminal case—the government shut down the app for a day and arrested Facebook’s VP in Latin America. In light of Apple’s situation with the FBI, WhatsApp’s Koum spoke up on the issue, via Facebook status:

Today, WhatsApp and other companies are asking a U.S. court to overturn an order that would require Apple to weaken the security of its product. We are proud to stand together to demonstrate how these efforts go beyond what the law allows and how they compromise the values upon which our country is built.”

He wasn’t alone. Mark Zuckerberg, head of Facebook and undisputed star of MWC 2016 added his thoughts on the matter as well yesterday, saying “Facebook stands with many technology companies to protect you and your information.”

During a hearing earlier this week between Congress and the director of the FBI, may were quick to point out that weakening encryption on our personal devices could hurt us in the long run rather than help us. At the very least, it would weaken protection on the average citizen while those with malicious intent will continue to find ways around the government’s capabilities. While some are worried about creating “evidence-free zones,” others are troubled by weakened security for everyone because of the few looking to harm us. As California’s own state representative Judy Chu mentioned on Tuesday, “Safe manufacturers are not required to keep keys to safes or locks. It’s clear technology is outpacing the FBI’s capabilities.”

Facebook and WhatsApp support of Apple in their fight for encryption against the FBI adds them to a growing list of technology companies. Google, Amazon, Microsoft and more have come out in support of strong encryption for their users—though skeptics wonder how much of it is true belief and how much is purely PR. At least in the case of Amazon’s devices, their dropping of encryption in their latest firmware is definitely not for the PR.

We’ve seen instances where Apple and other companies have complied in handing over cloud data when lawfully requested. But Apple’s stand at least shows that a line must be drawn. This may not be the last time a government agency begs a tech company to lower the bridge over the moat protecting local user data. But at the very least, it begins to set the cultural norm of privacy users can expect in their digital lives.