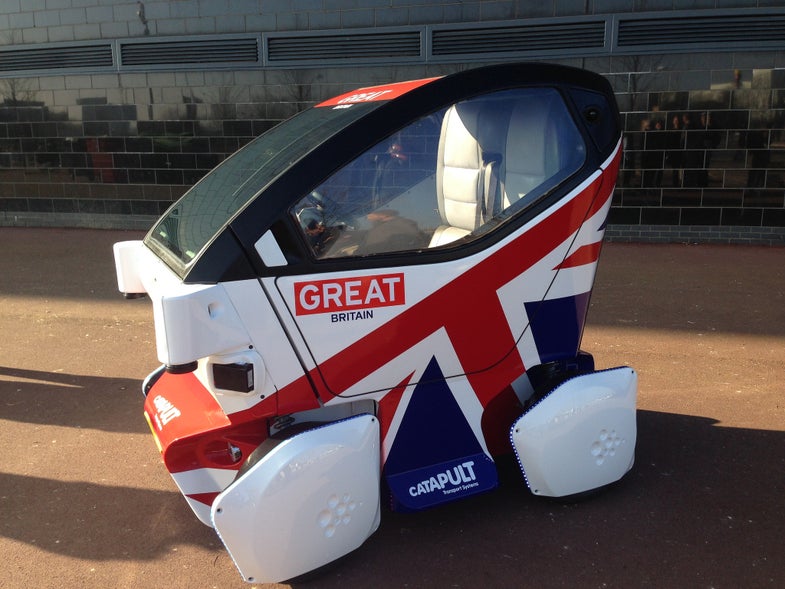 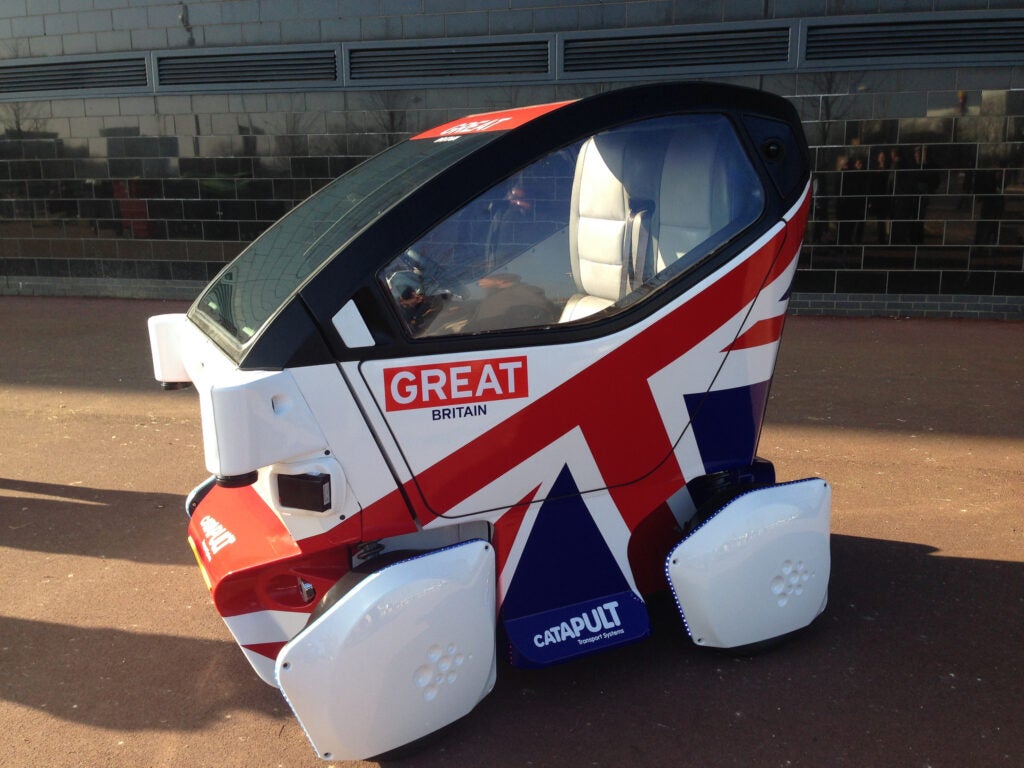 Britain’s first driverless car doesn’t look like a car at all. The electric-powered LUTZ Pathfinder launched Wednesday, wandering the sidewalks of London’s Greenwich neighborhood, and it’s closer in appearance to a runaway cockpit of a small airplane.

Transport Systems Catapult designed the two-seater vehicle to help people with shorter commutes. It has 19 sensors, including touch-sensitive strips, lasers, radar, and panoramic cameras. Inside, there are two screens: one informs the rider about the car’s journey, and the other is for entertainment. Behind the seats is the power system, which has about the same strength as two high-end gaming computers.

These specs are all standard in today’s race of driverless cars, but there’s one component that’s clearly behind its competition. The LUTZ Pathfinder can only go up to about 15 miles per hour, and it runs for about eight hours before it needs recharging. But don’t laugh. For a car that’s meant to stay on sidewalks, its speed limit makes sense. Plus, the company plans on releasing a smart-phone app similar to Uber, which would allow users to hail one of these pods.

But if British Business secretary Vince Cable wants to achieve his goal of becoming a leader in this industry, the government knows it’s going to have to do better.

And the company’s predecessors have set a high bar to beat. Google’s automated cars have been traversing the bridges and highways of California and Nevada since 2010. That same year, the National University of Defense Technology in China released the Hongqi HQ3, which drove 175 miles on an expressway. Apple and Tesla are also rumored to be throwing their hat in the ring together. And speaking of Uber, its CEO Travis Kalanick said the company may transition to driverless cars (though that’s decades away).

Although far from a driverless hot rod, the LUTZ Pathfinder will soon have more powerful siblings. To face its competitors, the British government released an almost $29 million strategy to launch four other autonomous car projects in various locations.