Shark Skin Biomimetics Takes a Bite Out of Infection Spread

Sharks are one of the most fascinating creatures roaming the seas. Having survived for some 450 million years, they continue... 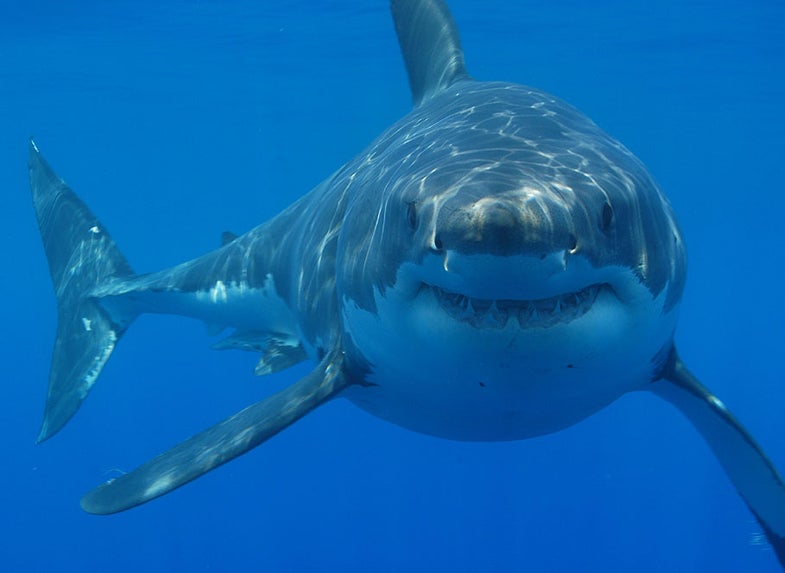 Sharks are one of the most fascinating creatures roaming the seas. Having survived for some 450 million years, they continue to stimulate the human imagination and creativity. For many, this inspiration has been manifested in works of art, from stories to movies and ultimately, Shark Week. Yet some have taken an innovative route in order to display their admiration through a technique known as biomimesis.

Biomimesis is the development of technologies based on living organisms. The process involves the use of chemistry to develop molecules, polymers and larger structures which emulate biological characteristics. The first examples were medical, with the development of synthetic antibiotics based on the antimicrobials produced by fungi. In the 1940, the engineer George de Mestral used the burr of the burdock plant as an inspiration to develop Velcro. By the 1970s, other molecules were being developed, such as synthetic chlorophyll.

Though impressive, these examples were just the beginning. By the turn of the millennium, the merger of natural biology and synthetic chemistry had advanced far enough such that biomimetic molecules could be designed through incorporation of both natural and artificial sources. This opened up an entirely new avenue in which the process could be optimized. Eventually, the idea of using biological organisms to create synthetic materials suggested a rather fortuitous future.

Then in 2003, a British biomimeticist, Julian Vincent, proffered a different hypothesis. He believed biomimesis could progress by examining individual components of life at the microscopic level and then working to develop macroscopic technology. He suggested biology wasn’t for us to simply use their mechanisms but instead should be understood so that we can gain inspiration to go even further. This began a new direction in which organisms of all varieties became the focus of investigation and specific biological traits and products were the subject of technological synthesis. Of all the possible options, there was none that sparked more interest than the shark and its skin.

The primary focus of shark skin research has been its biochemical properties. In water, its specific structure decreases drag and helps to improve speed. This is the basis for the development of swimmingly speedy fabrics to improve the performance of athletes. The effects also provide a means to improve automobiles. By using biomimetic surfaces in engines, drag would be reduced meaning higher performance and less damage.

But while the macroscopic aspects of shark skin proffered profits for sports and auto companies, a microscopic evaluation revealed a means to improve health care. Shark skin is naturally antimicrobial and prevents both colonization as well as infection. Even more incredible is the fact the trait is not due to a strong immune system or even the development of antimicrobial peptides. Instead, the antimicrobial effect comes from the structure of the skin itself. Unlike human skin, which is a uniform integument, sharks are covered in a series of protruding domains called placoid scales. This microtopography of the skin prevents attachment of bacteria to the surface and minimizes the chances for the development of colonies. It was the perfect reason to attempt biomimesis.

Though the efforts took decades, in 2005, a biomimetic composite called Sharklet was developed. When tested, the artificial skin could prevent the attachment of algae, typically involved in the process of biofouling. Moving from the sea to the health care facility, the polymer was used as a coating of medical devices and tested against bacteria known to cause urinary tract infections and other healthcare associated infections.

Although the ability to prevent infections in medical procedures was a victory, the real potential of this technology rested in the ever increasing field of passive disinfection. The goal of this effort would be to simply add the synthetic shark skin to environmental surfaces and then leave it to kill bacteria on its own. Last week, a team from Sharklet Technologies and the University of Florida unveiled the results of their tests. Not only were they positive, but they also marked a possible future for infection prevention and control.

The tests were simple. Petri plates were coated with a control acrylic, the test Sharklet, or a copper foil. Copper has been recognized by the Environmental Protection Agency as an antimicrobial surface and was used for comparison. The plates were then contaminated with one of the most problematic surface contaminating bacteria, Staphylococcus aureus. After anywhere from 30 to 90 minutes, the bacteria were harvested and counted to determine if they had survived, thrived, or died.

The results were dramatic as the Sharklet surface was significantly better at preventing microbial attachment, colonization and even transfer. Moreover, as none of the experiments involved the use of disinfectants, the antimicrobial activity was entirely passive; the skin structure much like nature had proven itself. As expected, the structure of the biomimetic coating easily outperformed the other two and revealed the true potential of passive disinfection.

For the authors, this suggested a new means to improve infection prevention by rendering normal surfaces antimicrobial at the molecular level. However, the study was controlled; it would need to be tested in real world environments before it can be adopted. Yet, the potential of this biomimetic technology is apparent. From the medical perspective, this offers a new reason to be thankful for sharks. For the rest of us, it reveals just how our fascination with biology can lead to a better and safer world.