We Now Know Why Rabies is a Speeding Bullet

Among human and animal pathogens, the Rabies virus has been historically one of the most captivating and elusive members. Though... 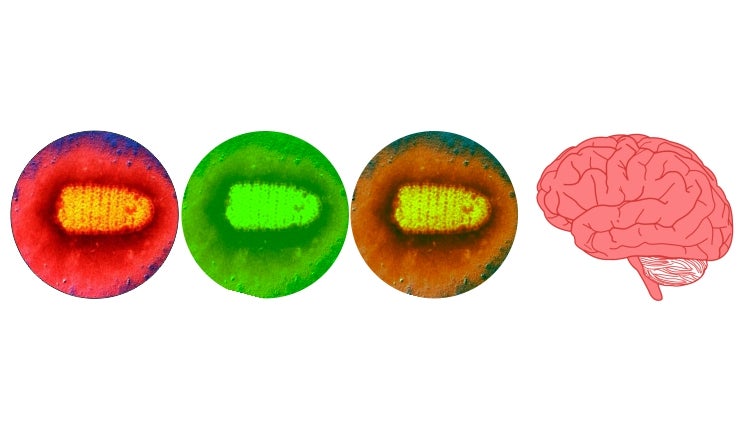 Among human and animal pathogens, the Rabies virus has been historically one of the most captivating and elusive members. Though the organism was only first isolated in the 1930s and its visual description reported in the 1960s, the symptoms of the virus, an almost always lethal combination of mental dysfunction, paralysis, and organ failure have been haunting humans for millennia. Thankfully, a vaccine has long been available yet the virus continues to threaten 3 billion people worldwide and still kills over 50,000 each year.

One of the most striking features of infection is the unique timeline of infection. When the virus is introduced into the human body, usually through a bite from an infected animal although other routes are possible, a period of weeks to months is needed before symptoms develop. However, once symptoms develop, the infection lasts only a few days before the victim reaches his or her untimely demise. Over the last forty years, researchers have attempted to better understand the progression of infection although many results only added to the mystery.

Based on mouse and human research, the virus’ journey has been plotted. At first, the virus migrates to neuromuscular junctions where it resides for the entire incubation period. At some point, either due to increases in viral numbers or a change in the physiology of the host, the virus begins to head towards the brain using the nervous system as a carrier. Once it reaches the cerebrum, it spreads throughout the body and leads to almost certain death.

In the process of understanding pathogenesis, researchers uncovered a rather curious phenomenon. When the virus starts its voyage to the brain, it somehow turns into a speeding bullet, travelling at up to 400 mm per day. For years, the reason behind this incredible acceleration has been investigated although few answers ever developed. However last week, an international team of researchers offered a potential explanation. According to their findings, the path to the brain may be through the hijacking of a pathway used to send messages throughout the body.

The group focused on one of the receptors for the virus, the p75 neurotrophin receptor (p75NTR). The protein is involved in the trafficking of various neurological factors throughout the body using retrograde axonal transport. This process involves first internalizing the factor into the cell and containing it inside an enclosed vesicle. Once there, the factor can move at lightning speed towards the center of the cellular body, which may be up to a meter or more in distance. The speed of p75NTR associated transport is about the same as that of rabies and as such made for a good place to start.

In the lab, the researchers took neurological tissue from embryonic mice and placed them into small microfluidic chambers. Once the cultures were established, a modified version of the rabies virus capable of producing the visible green fluorescent protein was added to see the virus as it moves. To ensure any observations were due to interaction with p75NTR, some of the cultures were given a piece of small hairpin RNA (shRNA) known to inhibit production of receptor. They then watched and waited to see what would happen next.

In the cells expressing p75NTR receptor, the virus was readily internalized. In contrast, when p75NTR was present in lower amounts thanks to the shRNA, there was significantly less infection. This revealed the importance of the receptor in virus infection. But while this was expected, what was seen after infection occurred was stunning.

In cells expressing p75NTR, the virus was compartmentalized in an acidic vesicle coated in this receptor. At this point, the virus moved at an incredible pace towards the cell body. In comparison to other molecules normally transported via this mechanism, such as nerve growth factor, the speed was significantly faster. The authors were not able to fully explain how this might have happened but the result was conclusive – rabies knew how to put the pedal to the metal.

In terms of overall infection, the results highlight a two-fold advantage for the virus. By hijacking an already established means for signal transportation in the neurological system, the virus can not only travel quickly in the body, but it can also do so with little effort. The second and perhaps most important advantage is by travelling inside rather than outside the cell, it can evade the immune system and even cross the elusive blood brain barrier.

There is a rather unfortunate downside to these new revelations. Due to the ability of the virus to use p75NTR, an essential protein for healthy living, as its means for transportation, treatments could be relatively difficult to develop. While laboratory experiments may offer insight into preventing spread through genetic therapies, such options are unlikely to be useful in humans.

Though medical advances continue to help us treat and prevent several diseases, there seems to be no such option for rabies. The only real answer, therefore, is to ensure widespread use of the vaccine in the wild and in anyone who is at risk of contracting the disease. In this way, we may be able to finally control the virus and put the brakes on its spread.