Is it really the least bad option they have? 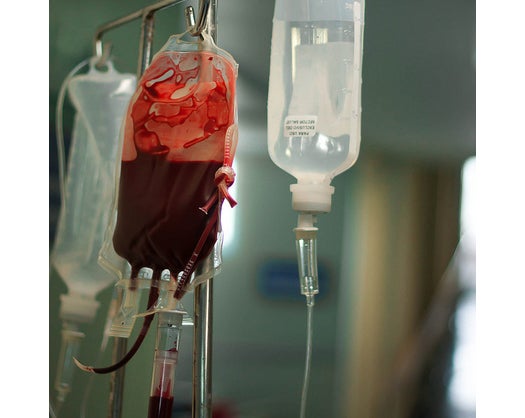 In the fight against the Ebola epidemic in West Africa, the World Health Organization has declared that treating patients with the blood of Ebola survivors should be a top priority.

The latest count suggests that more than 3,700 people across five West African countries have been infected in the ongoing outbreak — and 1848 have died. As the epidemic continues to grow, public health officials are resorting to more desperate measures to try to get the situation under control.

In mid-August, WHO announced that it was ethically acceptable to use experimental treatments to try to fight the Ebola outbreak, and the U.S. government has fast-tracked the development of several treatments. Although GlaxoSmithKline’s vaccine and the ZMapp drug appear to be safe and effective so far in small-scale animal trials, they may have unexpected side effects in humans. And even if testing continues to go well, the medicines wouldn’t be officially available until November and next year, respectively.

The main advantage of the blood transfusion treatment is that it could be implemented immediately and on a wide scale. The idea behind it is that people who survive an Ebola infection have antibodies in their bloodstream that can recognize and kill the virus. (In the current outbreak, about half of the people infected survive.)

Trouble is, scientists debate whether blood transfusions from Ebola survivors can actually help someone who’s infected. American doctor Kent Brantly received one such transfusion, and he survived, but doctors can’t say whether it was the transfusion that saved him or one of the other treatments he received.

During the 1995 Ebola outbreak in the Democratic Republic of Congo, scientists transferred blood from survivors to eight patients. Of those eight, only one died. That’s a case-fatality rate of 12.5 percent, compared to 80 percent fatality in the outbreak overall. However, the sample size is really small, and the researchers noted that their patients received better treatment than many others in the outbreak.

And as Science Magazine reports:

According to UNICEF, HIV already infects 3.1 percent of Nigerians, 1.7 percent of Guineans, 1.5 percent of Sierra Leoneans, and 0.9 percent of Liberians. Those percentages are higher than the worldwide prevalence of 0.8 percent.

We reached out to folks at the World Health Organization to see what sorts of infrastructure or technologies are available in Western African to ensure that blood transfusions are safe. Marie-Paule Kieny, the Assistant Director-General for Health Systems and Innovation, replied that, “All efforts for capacity building and provision of material will be invested to make the procedure safe.”

But considering that Ebola treatment centers in West Africa are experiencing shortages in everything — from medical staff to disposable gloves and hospital beds — that’s not entirely comforting.