Earlier this summer, I was in Hawaii for a couple of weeks for work (more on that another time). During... Earlier this summer, I was in Hawaii for a couple of weeks for work (more on that another time). During my stay, I spoke with several conservationists who are working to curb Hawaii’s extensive invasive species problem. Inevitably, they brought up biocontrol—controlling a pest with another organism.

Invasive species aren’t the only targets for biocontrol, but it’s a relatively common use for the approach. The invasive species hurt local flora and fauna, either by attacking native spcies or elbowing them out in a competition for nutrients and other resources. Scientists who specialize in biocontrol will go wherever the invasive species originally came from and look for its natural predators, or pathogens that might infect it. The idea is to import this deadly organism to help control the invasive species and thus right the ecosystem.

It doesn’t always work. In the early days of biocontrol, which started around 100 years ago, researchers didn’t worry too much whether the organisms they were bringing in to kill off the unwanted invaders would also hurt the environment. Because of these early failures, biocontrol got a bad rap.

Indeed, even today, at least in my experience, the biocontrol stories that get the most media attention are the cautionary tales. For example, the cane toad in Australia and the mongoose in Hawaii, which both were imported to their respective new homes in order control pests that threatened sugar cane farms. Unfortunately, the toads and the mongooses did very well in their new environments, multiplying unchecked and harming unintended targets including native species.

But researchers have gotten a lot better at predicting whether a biocontrol candidate will be harmful, says Tracy Johnson, a research entomologist with the USDA Forest Service. Johnson is currently working on potential biocontrols for strawberry guava and miconia, plants native to South America and both Central and South America, respectively. Both have invaded Hawaii over the past several decades and are taking over forests at an alarming rate. Johnson has been working in Costa Rica and Brazil looking for insects that naturally attack the plants in order to curb their growth in Hawaii. 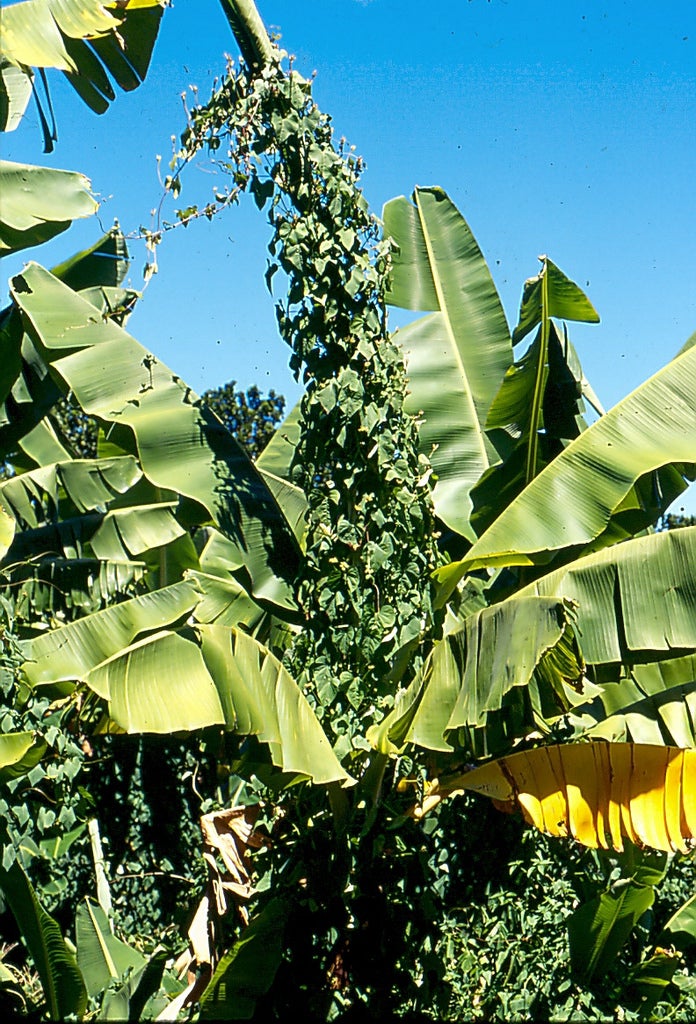 While most of Johnson’s projects are still either in the lab or in very early stages, there are examples where biocontrols have already worked in Hawaii. There is the case of banana poka, an invasive vine that overran Hawaiian landscapes much like kudzu has done in southeastern states on the mainland. The poka came to Hawaii in the early 1980s from the Andes mountains. In 1991, a fungus called Septoria passiflorae was discovered infecting and killing banana poka in its native Colombia, and in 1996, scientists released the fungus in Hawaii, reducing its hold on parts of the forest by 95% within five years. Although the vine is still present in some of the islands’ forests, the project helped preserve endangered species as well as koa forest, an economically important timber.

Then there is the prickly pear, which was likely first introduced to Hawaii in the early 1800 and eventually controlled with a Cactoblastis cactorum _moth in the 1950s; the Erythrina gall wasp, an invasive insect that began destroying native wiliwili trees in 2005 and was quickly controlled with a parasitic wasp, the larvae of which eat Erythrina larvae; and the stinging nettle caterpillar, pictured above, which came to the islands in 2001 and was eventually curbed with another parasitic wasp called _Aroplectrus dimerus (here it is in action).

These successes are due, in part, to new regulations introduced in the 1970s, which required more vigorous testing for biocontrols (although the earlier cactus case ultimately worked, it followed a limited release of another insect that had to be destroyed because it had a taste for pineapple). Researchers had to find biocontrol candidates that were host-specific, decreasing the likelihood that they would start feeding on native species. According to Johnson, the process for testing biocontrols for forestry use involves testing 50-100 representative plant species at a cost of at least $1 million dollars. The process is slow, too, usually taking from five to 20 years for approval. Since the regulations went into effect, there have been more than 50 biocontrols released in Hawaii, none of which have hurt any organisms they weren’t meant to.

Not every biocontrol is good for every environment, of course. While the introduction of the cactus moth for prickly pear was successful in Hawaii, the same insect escaped similar projects in the Caribbean in the 1950s, eventually moving from Florida and across to Texas and Mexico, threatening native cacti. There’s always the concern, too, that even the most well-studied biocontrol placed in an ideal environment may eventually evolve to feed on an unexpected plant or animal. But the vast timescales of evolution make this an unlikely problem.

“Researchers who study biocontrols are always weighing risks,” says Johnson. “And one of the risks is not doing anything at all—letting the invasions take their course and have their impact. In all of the cases of serious invaders, the impacts from the invasion are much more severe than the potential impact that could evolve over thousands and thousands of years for the biocontrol agents.”

So what do you think, readers? Do you have other examples of biocontrols that have worked? Or are you skeptical? Leave your thoughts in the comments.

“Biocontrol: Protection on a Large Scale, for the Long Run,” US Forest Service