Gut Microbes Take Over Your Body When You Die

...and they may provide clues as to how you were killed. 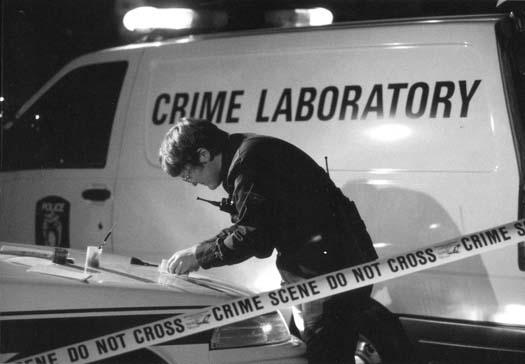 You have around 100 trillion bacteria living in your gut — and that’s a good thing. Known as gut flora or the gut microbiome, these microorganisms help your body digest certain foods, aid the immune system, and maintain a healthy gastrointestinal tract, all in exchange for a constant food supply.

But when you die, your friendly gut flora quickly become your gut foe. Without food, the microbes escape your GI tract through the circulatory system and spread to your other organs, feeding on your dying cells and colonizing your body.

Now, forensic experts are finding that this macabre Manifest Destiny may provide crucial clues about a corpse. According to New Scientist, Peter Noble and his research team at Alabama State University analyzed organ tissue samples from 11 cadavers, between one to 10 days after death. From the spreading bacteria’s genetic material, they were able to figure out how long it took for the gut microbes to reach other organs, and which species traveled where.

Apparently, there wasn’t much rhyme or reason to this microbial takeover:

However, these findings do hold some benefit, especially in the field of forensics. Knowing how gut bacteria swarm throughout the body post mortem can reveal a body’s time of death or where the body has been lying, as the environment surrounding the body at death can have a significant effect on the spread of gut microbes. If a body has been moved to a second location after death, the bacteria of the internal organs can indicate where the person was originally killed. So, after you die, your gut microbiome is still working for you.