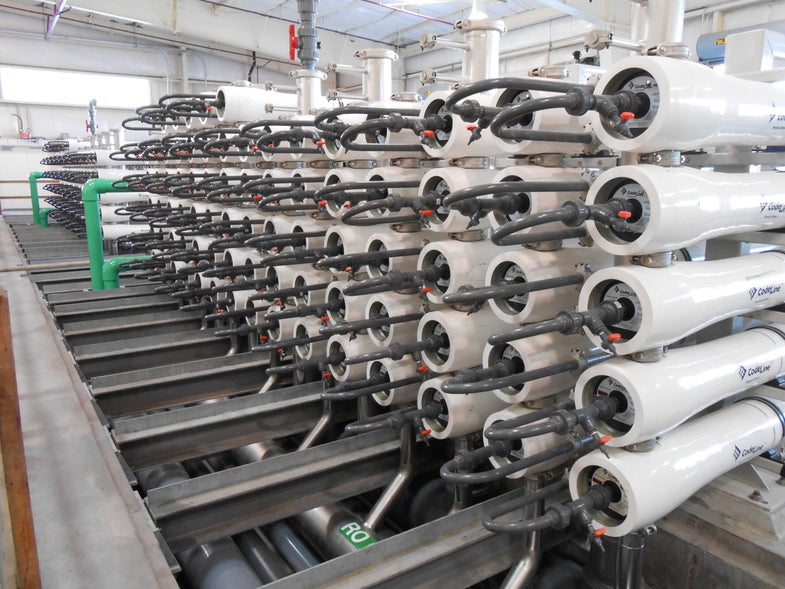 Last month while traveling in California, I was thinking a lot about the drought. Coincidently, I spent a little time at an event at the California Academy of Sciences in San Francisco, and came into contact with folks at the SF Public Utilities Commission, who were there to talk about where our poop goes and how water recycling systems work. And I thought: Wait, how exactly do we filter poop out of water? And can we drink that water? Seems pretty gross. But it also seems like a really good idea, especially in regions affected by crippling drought.

The people from the San Francisco utility suggested I talk to Pam John, a civil engineer and manager at the Silicon Valley Advanced Water Purification Center. Last year, the SVAWPC launched a pilot wastewater recycling facility—the first and largest of its kind in Northern California. The project wasn’t created in response to the drought—it’s part of a much larger long-term goal to conserve water in the region. Still, it’s certainly helpful technology during a drought. So far, the South Bay Water Recycling Center has used 15,000 acre-feet of the recycled water from the facility for non-potable uses, such as large landscape irrigation and industrial cooling. That’s about 4.9 billion gallons of water.

So where does the wastewater come from? “We make no bones about it. Wastewater is water that comes from homes—your bathrooms, your toilet, your kitchen—and businesses along sewer lines. It all goes into the common sewer pipe,” John says. “That sewer water goes to the regional wastewater facility were it undergoes screening, primary treatment, secondary treatment, nitrification. And then we take the treated wastewater and purify it.”

Before it’s purified, that wastewater may be teeming with pathogenic protozoa, such as giardia and cryptosporidium; a host of bacteria and viruses; and pharmaceuticals, from cholesterol drugs to hormones. Unsurprisingly, the new facility has the latest technology to filter out all these nasties (we’re talking Silicon Valley, after all). “All water is recycled,” says John. “The facility is doing what nature does, but faster.”

The process has three main steps. First, the water goes through a microfiltration system, which has a membrane with tiny holes in it that are around 0.1 microns across to strain out bacteria, protozoa, and large viruses. Next, a reverse osmosis membrane, which has a pore size of just 0.001 microns to filter out virtually all other viruses, dissolved salts, pharmaceuticals, endocrine disrupting chemicals, and other contaminants. The, the water is treated with UV light, which deactivates DNA in any remaining organism that has managed to break through the membrane (this is unlikely; the UV light is a redundant function, just in case).

Although no one in Northern California is drinking the treated water quite yet, that’s the eventual goal. According to John, if the California drought persists, the facility is working on an expedited project to add the recycled water to potable sources within the next three to five years. (Water from this type of treatment plant isn’t directly injected into, say, your kitchen sink; instead, it’s added to the groundwater, which eventually is used for drinking water, among other things.)

But some lucky people have gotten a taste already. In 2014 at the groundbreaking ceremony for the facility, local dignitaries took a sip. 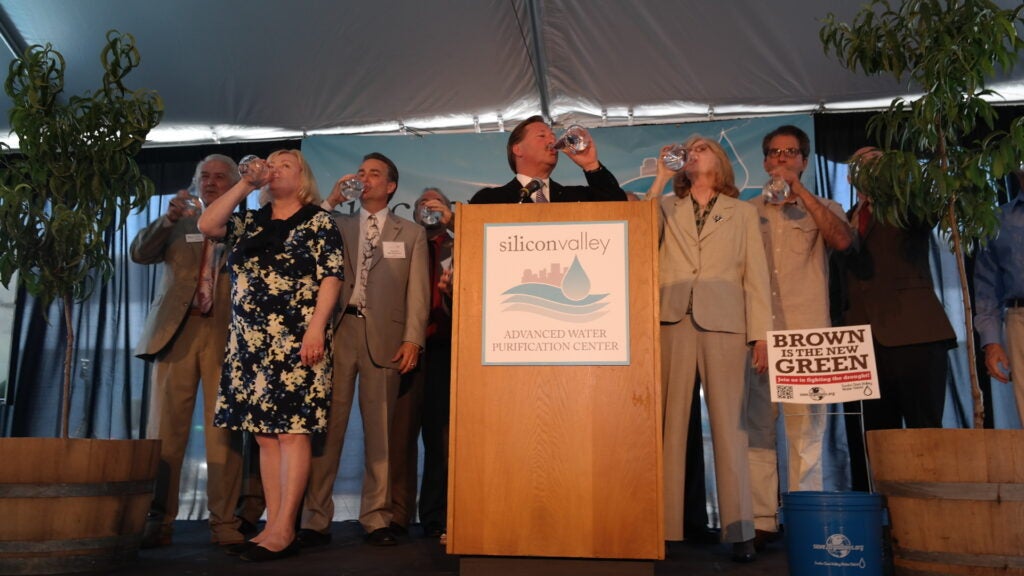