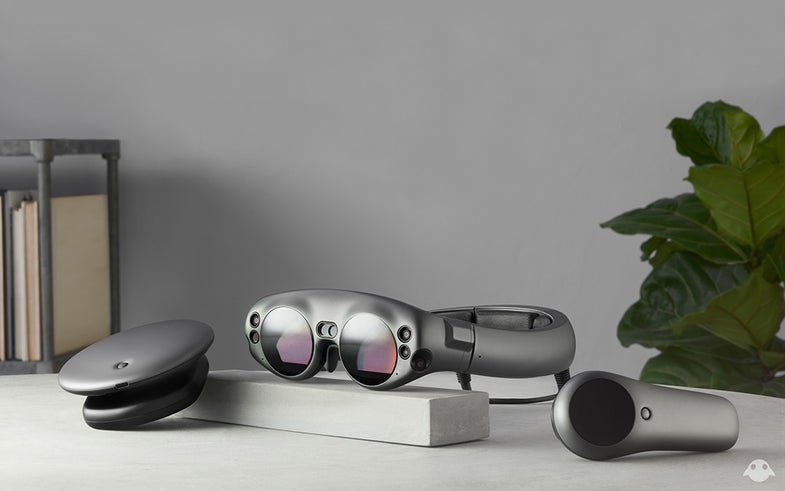 Augmented-reality characters step into our world
Most augmented-reality experiences make your smartphone's screen a window into an altered version of the real world, which can be fun, but also flat. The Magic Leap goggles, however, put digital objects right in front of your eyes. The headset uses a projection tech called light-field to shine light—in the form of cheerful knights, clumsy dinosaurs, what-have-you—onto transparent glass displays. Cameras and infrared sensors on the front of the wearable capture your surroundings, so digital sprites can interact with IRL objects. There, now you can watch a virtual penguin walk off your coffee table and faceplant on the floor, you sick weirdo. Magic Leap
SHARE

In large part, the items on year’s list of the best new gadgets don’t change the world as much as they change the way we, as tech-loving super nerds, see it. This year’s Best of What’s New gadgets category includes leaps forward in both virtual and augmented reality, which were welcome reprieves from the increasingly hectic world of, well, actual reality. Other honorees help us combat common problems: Tougher glass prevents broken smartphone screens, and a sleep aid blocks noise but lets through crucial alarms. Perhaps most importantly, however, fidget spinners were officially nowhere to be seen in 2018. Rest in the clearance bin, little buddies.

Grand Award Winner A VR headset that stands alone
Really good VR—the kind that can make your palms sweat when you stand on the edge of a virtual cliff—is hard to come by. Most people settle for lackluster experiences that rely on smartphones and suffer from blurry images and smudgy lenses. The Oculus Go is the first VR headset that can create real immersion experience all on its own, without the help of a high-end gaming PC that costs as much as your first car. The 2560-by-1440-pixel LCD actually has more pixels dedicated to each one of your eyes than the Oculus Rift. And the visor’s built-in speaker system adds to the sensory onslaught, pumping carefully timed audio that can trick your ears into thinking there’s really a zombie sneaking up behind you. Go also launched with more than 1,000 VR experiences, from peaceful meditation apps to riding impossible roller-coaster rides. The 16.5-ounce headset doesn’t feel like a phone accessory or a watered-down version of its predecessor. That’s because it’s neither. It’s a huge step in VR’s journey out of the niche gaming community and into the mainstream. Facebook

Liquid-cooled smartphone to handle high-end games
The 6.4-inch AMOLED display on the Galaxy Note 9 packs more pixels per inch than even the new iPhone XS Max’s screen. Driving all those dots—and the accompanying Fortnite sessions—is where this massive device differentiates itself. A cooling system, which circulates water through multiple layers of conductive materials like copper and carbon fiber, pulls heat away from the processor (a top-end Qualcomm Snapdragon 845) and the graphics chip. The chilling effect helps the components avoid CPU slowdowns when temperatures rise. Samsung 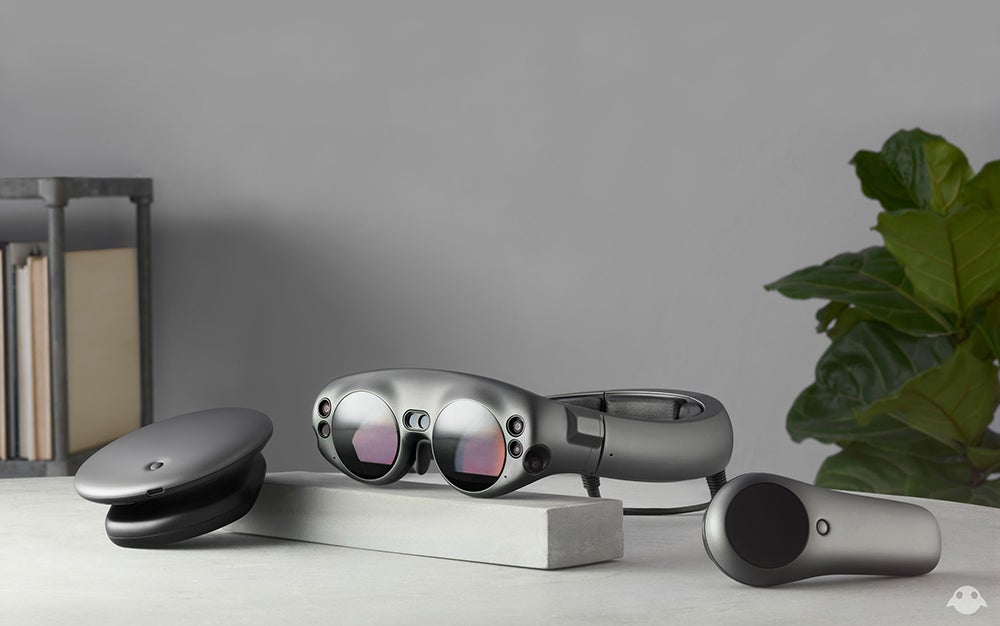 One Creator Edition by Magic Leap

Augmented-reality characters step into our world
Most augmented-reality experiences make your smartphone’s screen a window into an altered version of the real world, which can be fun, but also flat. The Magic Leap goggles, however, put digital objects right in front of your eyes. The headset uses a projection tech called light-field to shine light—in the form of cheerful knights, clumsy dinosaurs, what-have-you—onto transparent glass displays. Cameras and infrared sensors on the front of the wearable capture your surroundings, so digital sprites can interact with IRL objects. There, now you can watch a virtual penguin walk off your coffee table and faceplant on the floor, you sick weirdo.

A drone with zoom
Flying a drone too close is an A+ way to miss sudden action happening downfield. The camera on the Mavic 2 has a 2x optical zoom lens, which allows pilots to change perspective ‘on the fly’ (get it?). Because holding shots steady gets exponentially harder when you zoom, computer vision helps the camera lock onto objects in the frame, and onboard stabilization pulls data from gyroscopes to keep the horizon straight. If something manages to get too close, collision-detection sensors on every side of the craft automatically tell the drone to hover in place before it can crash. DJI

The beginning of always-on smartphone HDR
If you took a photo with a top-tier smartphone in 2018, your device actually captured multiple shots when you pushed the button—then used machine learning to mash them into a single, presentable image. This technique, known as multi-shot HDR, used to be optional, but now it happens with every photo. Phones can handle all that extra crunching thanks to new dedicated image processors like the Pixel Visual Core, which debuted on the Pixel 2 phones last fall. The chip pretties up your shots by replacing blown-out skies, lightening dark shadows, and reducing blur from your shaky hands, among other tweaks. All this editing happens in the same time it would have taken an older phone to snap one lousy shot. Google

Earplugs that let you hear emergencies
Snoozing with earplugs or earbuds is a tempting way to drown out a snoring partner or endless street noise. Unfortunately, clogging up your earholes also means you could miss a fire alarm. Bose designed each of the sleep-friendly sounds (for example, staticky brown noise and running water) in its Sleepbuds with a gap in the audible spectrum. That gap is where smoke and CO2 alarms ring, so, in most instances and with the volume at a reasonable level, important notices should still wake you. The plugs use a single balanced armature speaker, like what you’d find in a hearing aid, so they’re 20 percent smaller than typical in-ear headphones—much comfier for sleepin’. Bose 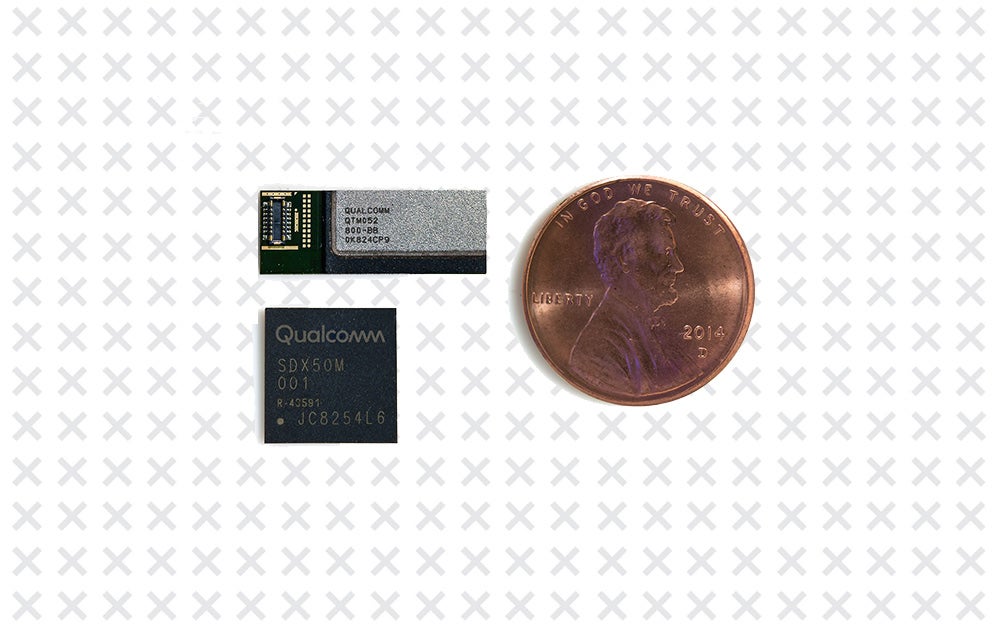 Facilitating a faster, 5G future
We’ll be well into the 2020s before 5G networks replace current 4G smartphone towers, but the hardware that will sling data signals up to 50 percent faster is already falling into place. Qualcomm’s mmWave antenna module may be what grabs those zippy downloads on your future smartphone. Manufacturers could cram phones with up to four of the chips—each smaller than a dime—creating redundant connectivity to combat one of 5G’s inherent challenges: Physical objects easily block the signals. 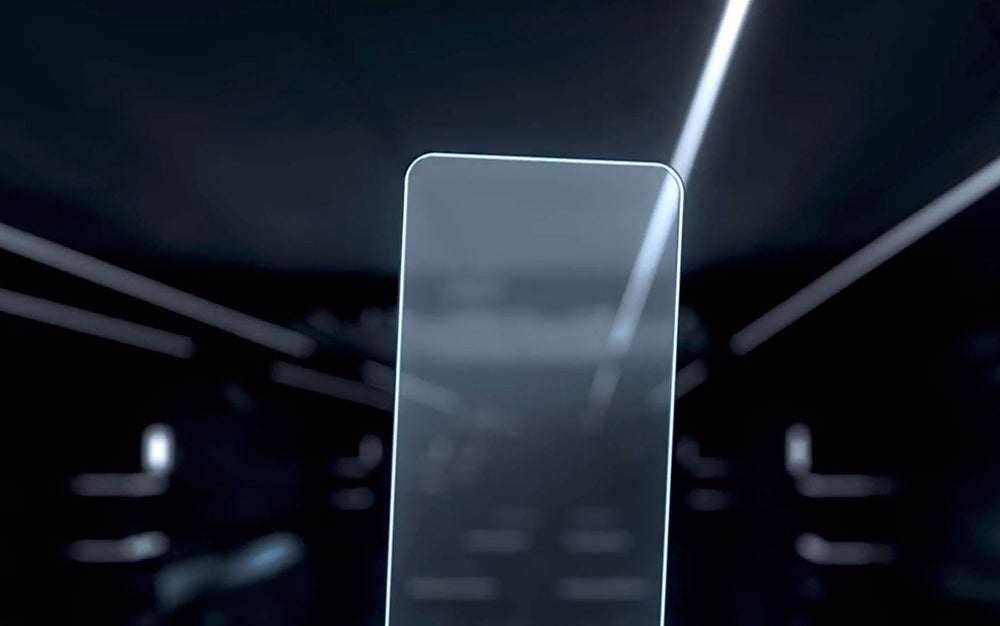 The toughest glass for your phone screen
As wireless charging becomes standard on smartphones, glass backs are staging a comeback—and doubling your odds of dreaded spiderweb cracks from a downed phone. A slab of Gorilla Glass 6 can survive an average of 15 drops on a hard surface from 3.3 feet, twice the durability of its predecessor. The chemistry secret is a bath of molten salts, which replaces smaller sodium ions in the glass with larger potassium ions. Because the fatter potassium ions take up more space, they create compressive stress on the glass surface, making it harder to damage.

An action camera that stops shakes
Few things ruin an action video faster than distracting—sometimes nauseating—camera shake. For the Hero7 Black, GoPro developed a feature called HyperSmooth, which digitally steadies footage without making it look unnatural and wobbly. The system relies on a buffer of pixels framing the camera’s sensor. When an onboard gyroscope and accelerometer detect shakes, it adjusts the active part of the sensor in real time. While the tech cuts out the ugly jitters, it doesn’t lock the horizon in place; if you lean into a turn, the footage goes along with you. GoPro 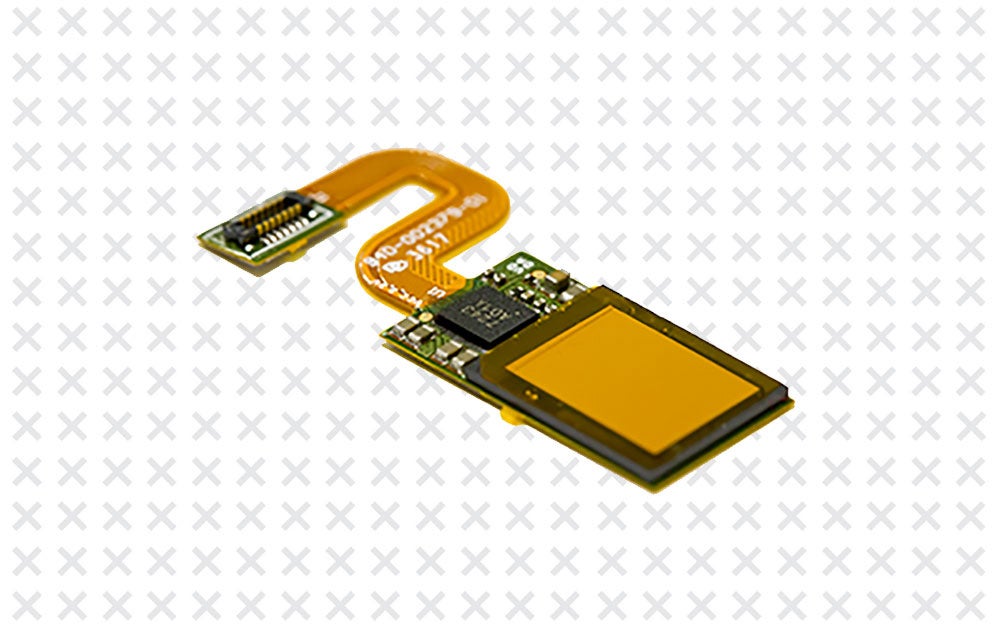 A fingerprint sensor inside a screen
Phone bezels—those black borders encircling the display—are dying off. The loss leaves no room on the device’s face for a fingerprint reader, unless it lives inside the screen itself. The optical sensor on the Synaptics Clear ID scanner, which debuted overseas on the Vivo X21 this past fall, resides below a handset’s OLED screen. Sitting beneath coated glass makes the sensor better able to handle conditions that tend to befuddle biometrics, such as wet or dirty fingers. Scanning is also swift: It takes just 7 milliseconds, compared to the more than 100 milliseconds facial readers need.
Best of What's New
best of what's new 2018
bose
bown
Gadgets