You Can Now Periscope Straight From Your GoPro Camera

And switch back to your iPhone in-stream; Android coming soon 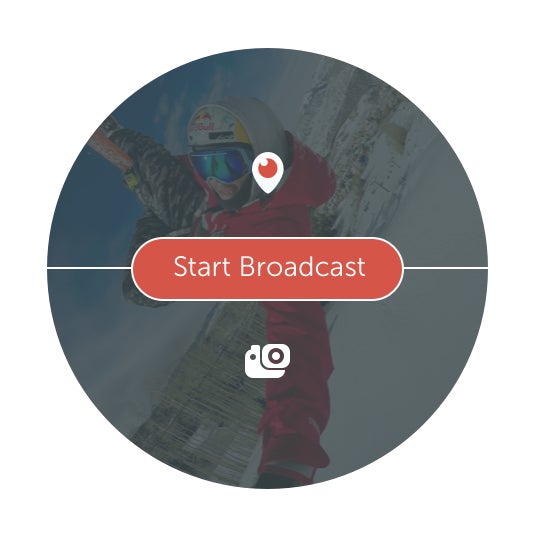 The live-streaming video app Periscope is cool, there’s no doubt about it. But it can be frustrating to broadcast something amazing and know your viewers can’t fully experience it because of the quality of your phone’s camera. That’s all about to change today, with the announcement that owners of the WiFi-enbaled GoPro Hero 4 camera will be able to stream video to the Periscope app on their phones, directly from their separate GoPro cameras.

Much like Periscope’s last update, which saw streams embed directly into tweets, GoPro streaming is only available on iOS devices for now. But it will eventually be coming to Android users as well.

In order to use the new capability, simply update to the latest version of Periscope on iOS and link it to your GoPro. Once linked, you’ll be able to select your GoPro as a camera option. 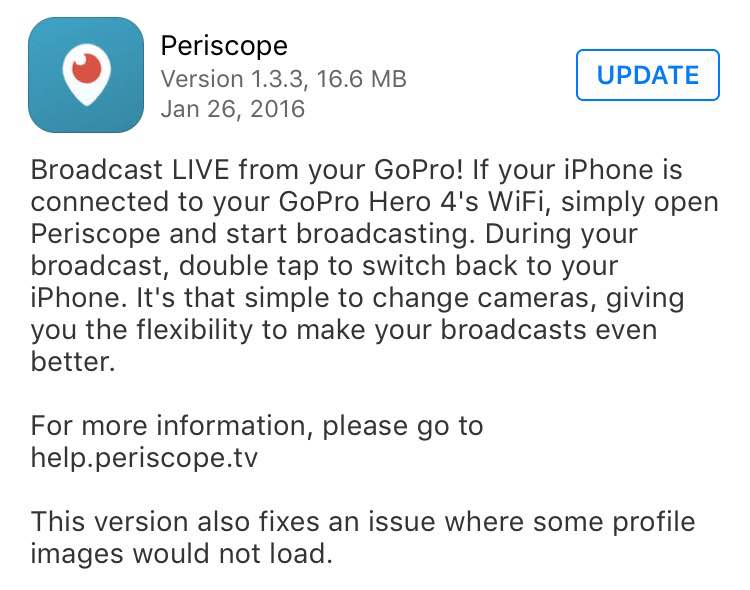 You can Periscope from your GoPro Hero 4

The app update notes confirm it

The partnership, announced today, has come at a time when Twitter, which owns Periscope, could use a major boost of good press and user engagement. In recent days, it was reported that several top executives are leaving Twitter, and the company’s stock hit at an all-time low in the wake of the news of those departures (and the larger questions surrounding the company’s growth and viability).

Periscope, by contrast, is one of Twitter’s most interesting and exciting products — not just for users, but from a business perspective as well. According to Fortune, Periscope could monetize on the deal by charging users for access to exclusive footage or streams by famous athletes. However, GoPro streaming would work just as well (and be cheaper except for data costs) for those who want to livestream a family vacation from the jungles of Costa Rica or the Louvre in Paris.

Meerkat offered a similar option this past July, but Gizmodo claims that GoPro called it a “hacked-together solution.”

Two years ago, the Livestream video app on IOS also offered GoPro streaming capabilities, but that app is not nearly as popular these days as Periscope.

And of course, we are not a completely dis-interested party in this news, either. You can follow @PopSci on Periscope and Twitter for all of our livestreams. We are heavy users of both platforms, and will be trying out the GoPro streaming functionality as soon as we’re able.