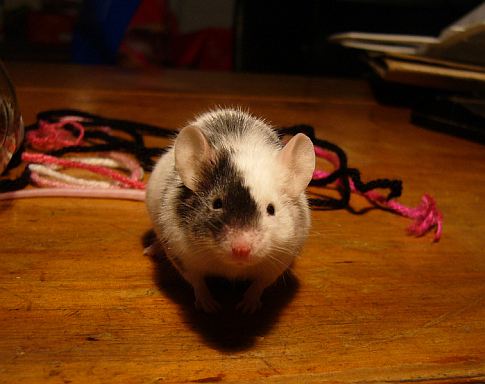 Turns out life has more essential building blocks to play with than previously thought: researchers at Rockefeller University have discovered a new nucleotide in the mammalian DNA code. Remember good ol’ adenine, thymine, guanine and cytosine? Well, the alphabet of our DNA sequence is about to receive a new letter. Meet 5-hydroxymethylcytosine; we aren’t sure what it does or where it’s located, but we know it’s important — really important.

In the announcement, Nathaniel Heintz, director of the molecular biology lab that conducted the research, was exuberant about the significance of the finding: “This is another mechanism for regulation of gene expression and nuclear structure that no one has had any insight into. I think this finding will electrify the field of epigenetics.”

Epigenetics, or the study of heritable traits that occur without changes in DNA sequence, pioneered the discovery of a fifth nucleotide, 5-methylcytosine (5-mC), and now it adds a sixth. Since genes alone cannot account for the stark differences among mammals — all which share a sizeable amount of genetic material — scientists believe the differentiation stems from a dynamic regulation of gene expression rather than the gene sequence alone. Which is why the discovery of a new nucleotide is so remarkable: it may prompt DNA demethylation, or help regulate gene expression.

Even more remarkable is that the discovery was an act of serendipity. According to Skirmantas Kriaucionis, a postdoctoral associate in the Heintz lab, “We didn’t go looking for this modification. We just found it.” Kriaucionis was investigating the levels of 5-methylcytosine in two different brain neurons (Purkinje cells and granule cells) and while analyzing the epigenetic makeup of these cells discovered a significant amount of an unknown nucleotide.

Kriaucionis performed several tests to determine the elemental composition of the unknown substance and all tests converged on one result: 5-hydroxymethylcytosine, a nucleotide previously found only in bacterial viruses, which he found “abundant in the mouse and human brain.” The next step is to deduce the genetic location, role, and effects of the new nucleotide, believed to have a link to brain function.