The ground-based missile defense technology comes from the United Kingdom. 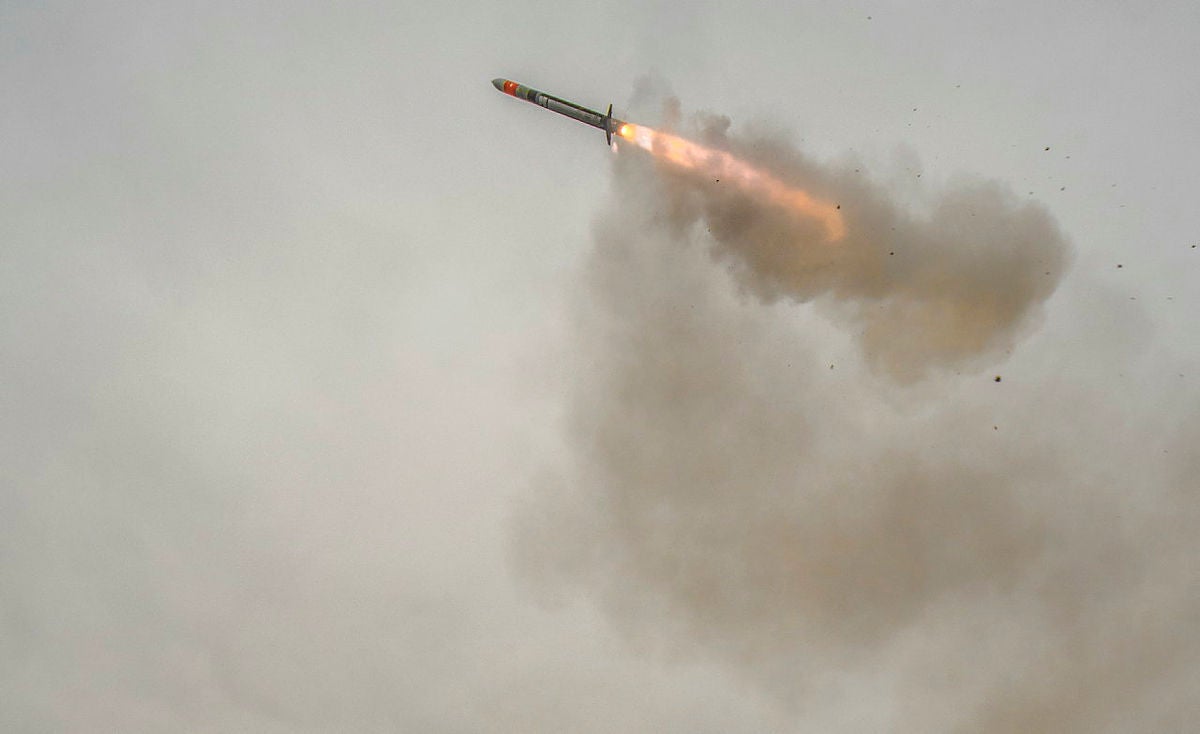 Sovereignty in the sky is as much about putting planes in the air as it is about denying the airspace to hostile aircraft. These twin desires—to contest the sky with aircraft and to deny it with missiles—drive a great deal of defense planning and spending. In that vein, on November 18, Poland announced an agreement with the United Kingdom to build a new anti-air missile system for the country.

Built by British defense giant MBDA, which makes the Brimstone missile fired from drones like the Reaper, this anti-air system would use existing Common Anti-air Modular Missiles (CAMMs). These missiles will be part of a ground-based air defense system, used in the country to threaten aircraft above it and near it.

“Flying at supersonic speeds, CAMM missiles can destroy modern air threats including stealth aircraft and high-speed missiles,” declared the British government, in a release. “Each CAMM family missile is equipped with an advanced active radar seeker that can see even the smallest, fastest and stealthiest targets through the worst weather and the heaviest electronic jamming.”

MBDA lists CAMM as having a range of over 15 miles and of traveling at supersonic speeds, which is between 1 and 5 times the speed of sound. To find its targets, the CAMM can receive input from other systems, which should offer greater accuracy as more and newer sensors are added in. A data link between the missile and the launcher allows for the rapid upload of targeting information, and likely continuous transmission while in flight. Onboard, it has an active radio-frequency seeker, a kind of small radar that can direct it to a target.

[Related: Russia’s new stealth fighter is a bargain worthy of a Bond villain]

Anti-air missiles are interception machines. Because they are directed at moving targets, the missiles have to track, adjust, and speed towards those targets in order to work as promised. The stakes, for a military relying on such missiles, are enormous. If the missile hits a plane, it prevents all future damage the plane was going to cause (except for wherever it crashes). If the missile misses, then the plane is free to wreak havoc and the window in which another missile can intercept it is much smaller.

Under the name Sea Ceptor, CAMMs are already in use by the Royal Navy. A land variant is also in the works for the British Army, and it is this land variant that will fit into the modernization plans of Poland’s military.

Anti-air missiles are not new, but they are part of a long and ongoing cycle of offense-defense escalation. As aircraft gain new advances, from better engines to the ability to fly at higher altitudes, new missiles have to be more capable to stop them, traveling faster and tracking more accurately. In response, planes feature countermeasures, like chaff, which are pieces of small metal blasted out of a plane to confuse the radar sensor of a targeting missile.

Stealth, made famous by planes like the F-117 Nighthawk and B-2 bombers used by the United States, is a proactive approach to hiding planes from radar. The geometry of the planes, as well as the materials used, reduces radar signatures. It’s effective, but it can still be engineered around, as weapons designers work on missiles and other linked sensors that can better make out deliberately faint signatures.

[Related: Why DARPA’s new hypersonic weapon could pack such a devastating punch]

While the United States was briefly the only nation with stealth planes, nations like Russia and China have both developed working stealth jets. In July, Russia even announced its new Checkmate stealth fighter is being built for an export market, which could see it in the air forces of countries like Belarus, which borders both Russia and Poland.

It is this perceived threat that motivates an investment in anti-air missiles, especially ones that can potentially find and stop stealth aircraft. The missiles are going to fit into a broader anti-air defense system, which will be part of a much broader military mobilization campaign in the country.

Contesting skies with fighters, or threatening flights with placed missiles, are two ways to keep an airspace free of enemies. A third approach is deterrence: simply putting the tools in place, building a military capable of clearing the sky, and then trusting that in response neighboring nations will understand it as defense, instead of a new threat.

Correction, Dec. 2, 2021: This article has been updated to reflect that MBDA makes the Brimstone missile, not the Hellfire.