Winter is coming. Will the roads be prepared? 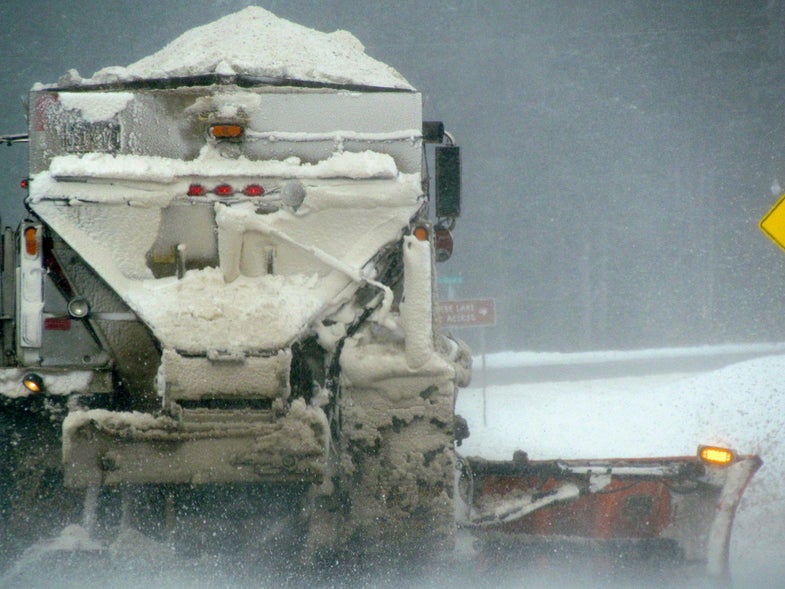 Talk about a polar plunge. This week all 50 states experienced freezing temperatures on the same day. Preparations for the (possible) deep freeze of this winter are already hitting cities and states where it hurts: in their wallets.

Prices for the rock salt used to prevent ice from forming on roads are skyrocketing. Time reports that the price of salt is up by over 50 percent in some states, and the price has tripled in others. One of the biggest leaps was in St. Louis, where prices jumped from $49/ton last year to $112/ton this year. That might not seem like a lot to pay for an actual ton of material, but the United States uses around 22 million tons of salt on its roads every winter, and that adds up.

The rising prices are due to a combination of factors including the fact that last year was particularly cold and snowy, leaving many government salt stockpiles depleted.

Salt is one of the more abundant minerals on Earth, but finding it in large quantities isn’t always easy. There are salt mines all over the world, remnants of saltwater oceans and seas that existed millions of years ago. In a video from National Geographic, scientist Robert Newton estimated that it would take the evaporation of about 60 meters (196 feet) of salt water to produce a layer of salt three feet thick. Luckily for us, many seas have met their not-so-watery end over the eons, evaporating as the tectonic plates shifted and glaciers grew and shrank, and leaving behind thick slabs of salt. In the United States, many of these deposits are buried under thousands of feet of other sediments. Mining so deep underground isn’t cheap.

To meet the increased demand for salt, mines in New York are working overtime, and in some cases, every single day, blasting tons of salt out of the mines and carting it up to the surface. Because demand is so high, even the United States’ increased production isn’t enough to sate the country’s appetite. Salt is imported into the country from Chile, Canada and Mexico every year.

Salt has been used to keep roads free of ice since 1940 in Detroit, which had a salt mine conveniently located outside the city. Salt prevents ice from forming because it interacts so well with water. The presence of dissolved salt in water disrupts water molecules’ ability to form the sturdy crystal lattice also known as ice.

Even though salting roads is considered highly effective, it can also affect ecosystems as winter recedes. The environmental impacts of road salt include contaminating nearby water sources like ponds or marshes, killing nearby plants, and turning roads into giant salt licks–a magnet for roadkill-prone species like deer.

Faced with rising prices and environmental concerns, some areas have tried to experiment with alternatives to salt including beet juice, cheese brine (in Wisconsin, where else?), and even wastewater from fracking operations, though the latter has been met with opposition from environmental groups. Many of these options are still in preliminary phases, even though they have been deployed by local governments in several states, and their effectiveness hasn’t yet been thoroughly studied.

However, some of those municipalities did learn that that cheese brine is a rather smelly alternative to salt.