Specifically, bubbles may be to blame.

Three American soldiers* may have died in Afghanistan’s battle of Takur Ghar because of disruptions caused by plasma bubbles – a form of space weather – according to a new study.

Space weather is normally associated with violent solar eruptions and geomagnetic storms. But the natural variability in the Earth’s ionosphere outside of these active events can still hinder a broad range of technologies.

Equatorial Plasma Bubbles (EPBs) in the ionosphere are one such example, which cause daily disruptions on satellite communications and global satellite navigation systems, such as GPS, in the low-latitude regions across the globe.

The new study, published in Space Weather, has found that plasma bubbles could have been the cause for radio communications disruptions during Operation ANACONDA in Afghanistan in 2002.

The Battle of Takur Ghar

During this battle, a Quick Reaction Force (QRF) on board a MH-47 Chinook helicopter was deployed to aid a team of Navy SEALs that were pinned down on a ridge dividing the Upper and Lower Shahikot valley.

Repeated attempts to inform the QRF that the landing zone was “hot” were hindered by the failure of the satellite communications. Needless to say, the QRF never received this vital message, and this communication breakdown resulted in the Chinook crashing shortly after sunrise under heavy enemy fire, leading to three reported fatalities in the following firefight.

Poor performance of the UHF radio on board the helicopter and to radio blockage by the terrain was later blamed for the communications failure during this battle.

But re-analysis of this event by space scientists has provided strong evidence that ionospheric plasma bubbles observed over Afghanistan during the battle might have been to blame.

The adverse impact of plasma bubbles on satellite communications and navigation is very well known to space scientists. As such, understanding ionospheric plasma bubbles – why they form, when they form, and their effects on radio waves – has been a top priority in the field.

What are plasma bubbles?

Plasma bubbles, as the name suggests, are essentially bubbles of low density plasma that rise into high density plasma in the Earth’s upper atmosphere. The bubbles are the result of a plasma instability that is triggered shortly after sunset, known as the generalised Rayleigh-Taylor instability.

The only difference with the ionosphere bubbles is that electric and magnetic fields govern their drift. These bubbles strongly affect any radio waves that propagate through them, causing random fluctuations in amplitude and phase, called scintillations.

From the perspective of a GPS receiver, the signals no longer resemble the normal GPS signals, and the receiver ultimately loses lock on the satellite. During severe events, a series of adjacent plasma bubbles can span from horizon to horizon, creating significant GPS positioning and timing errors. 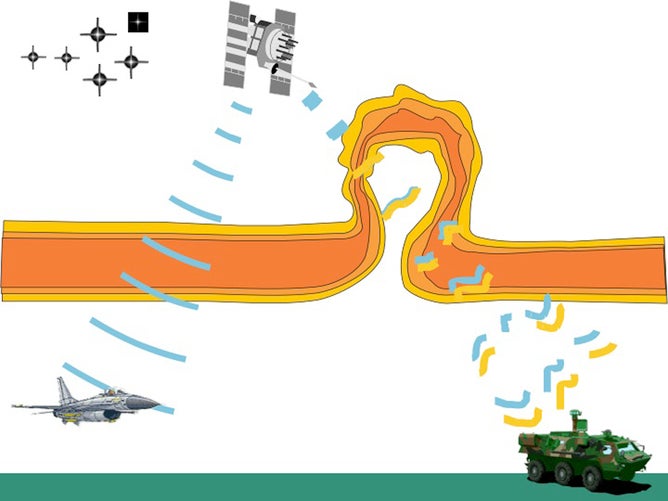 What happens when satellite signals encounter a plasma bubble

When high frequency radio waves, such as those used for the GPS, travel through a disturbed layer of Earth’s electrically charged atmosphere, the ionosphere, they can be disrupted.

Similarly, radio receivers that use satellite communications need to be locked onto the satellite relaying the messages. Distortions in the signals can ultimately lead to communications blackouts, similar to that which occurred during Operation ANACONDA in 2002.

The prediction of these plasma bubble events is still the topic of intense research interest. The seasonal climatology in the occurrence of plasma bubbles is relatively well documented and understood following decades of observations.

We know that for most longitudes, the plasma bubbles occur almost every night during the equinox months, including during March when Operation ANACONDA took place and the current September equinox period. 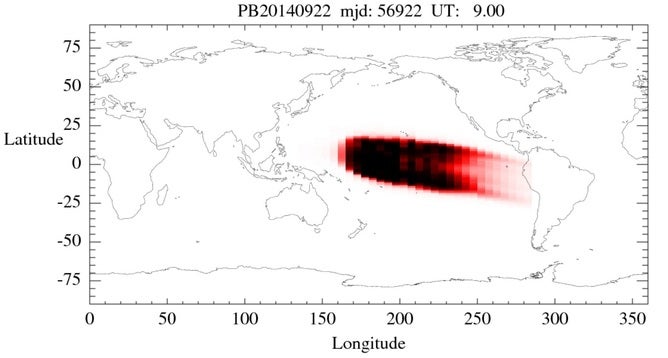 But we are still challenged by understanding and accurately describing the short-term variability – day-by-day and hour-by-hour – in the plasma bubble characteristics.

Having said that, recent progress has been made in understanding why plasma bubbles occurred on one day, but not the next.

But there still exists many open research questions such as, the potential impact of tropospheric weather – such as hurricanes and tropical storms – on the occurrence of ionospheric plasma bubbles.

Such a heavy reliance of Australia’s Defence on satellite communications is one of the primary reasons that we at RMIT’s SPACE Research Centre have teamed up with Australia’s Ionospheric Prediction Service and Boston College’s Institute for Scientific Research to join this international research effort.

Our ultimate goal is to develop a global ionospheric scintillation forecasting system that will not only be potentially be useful for defence, but also anyone using satellite positioning and timing signals.

* This article was edited on 25 September 2014 at the request of the author to replace the word “troops” with “soldiers” in the opening paragraph.