EBOLA: What West Africa Can Learn From Winnebago County, Wisconsin

There is no question the Ebola outbreak in West Africa is one of the greatest epidemics seen in modern times.... 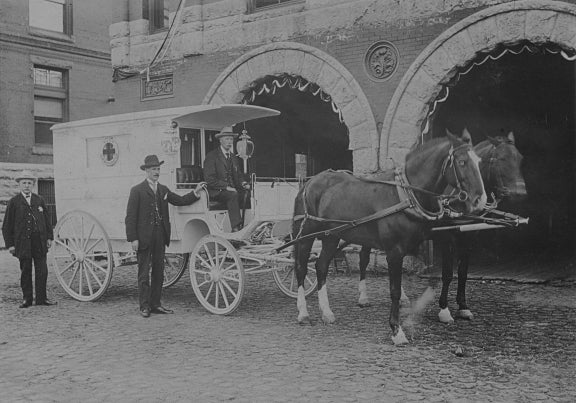 There is no question the Ebola outbreak in West Africa is one of the greatest epidemics seen in modern times. The epidemic has spread to four countries and has accounted for over 1,000 deaths with no signs of slowing down. The situation appears to be dire as a lack of resources, overburdened health care resources and apparent in ability to enact proper infection prevention and control has led to fear in the public and a search for anything, regardless of evidence, to end the scourge.

For many, this epidemiological event appears to be unprecedented. Yet, in a historical context, what is happening in Liberia, Guinea, Sierra Leone and Nigeria is not new. For centuries, epidemics caused by other infectious diseases, from plague to cholera to smallpox, have led to similar paradigms all of which inevitably came to an end. Unfortunately, as seen in the past, the path to resolution is filled with obstacles leading to unnecessary panic and far too many deaths.

One particular example parallelling what is happening on the ground in Africa took place in the county of Winnebago, Wisconsin in 1918, during the infamous influenza pandemic. In 2009, a Wisconsin duo of researchers went back into the records to unveil exactly what happened and why some 120 people out of a community of 33,000 perished in a matter of eight weeks. Their research provided an extensive exploration of the events and offered direction for future outbreaks should they occur. In light of what is happening at the moment in West Africa, some of these measures may be well worth considering.

The Winnebago epidemic started on the 5th of October of 1918 with ten influenza cases appearing almost simultaneously. The word spread thanks to the local newspaper and the public health authority started to act. The first step was to send out a notice to all doctors advising them to isolate all patients and report back to the police so that they could investigate further for secondary cases. But, within a few days, the papers were suggesting the medical community was at odds with one another. Some were looking for mass closures and quarantines while others were hoping for a less stringent response. Unfortunately, while doctors were arguing what to do, the rest of the population was being infected.

By the fifth day after the announcement, October 10th, the number had risen from 10 to 163. Reports of widespread funerals forced the authorities to enact the closures. Schools, churches, theatres, movie houses and other places of gathering were shut down. But other establishments, such as saloons, cafes, restaurants and pool halls were allowed to operate on the condition they closed by suppertime. The actions, while believed to be best for business, did little to stop the spread.

By the time a week had passed, the Red Cross had intervened. They brought in personal protective equipment – masks and other clothing – to certain hospitals which were deemed to be fit for isolation. Ambulances were then used to transport the sick to this location. If they could isolate the virus, they could stop the spread. But the numbers soon outgrew the capacity leading many to find alternative options, including treatment. It wasn’t long before panic in the public ensued leading to the potential for a public health crisis.

By the 22nd of October, an unproven vaccine was supplied to any healthcare worker who wished to try this route. In addition, experimental treatments became the rage. Pharmacies quickly sold several medications including heroin, codeine, opium, morphine and camphor oil. In the newspapers, advertisements for what could be described as outlandish treatments also appeared. The most notable were offers of tobaccoless cigarettes, pine tar honey, laxative tablets, herbal remedies and the ever present Snake Oil. One of the worst options was the use of Epsom salts with plenty of hot lemonade or milk in order to help keep the bowels functioning normally and help kill the virus. Of course, none of them worked and many more people died as a result.

The virus continued to spread mercilessly for another ten days before it apparently disappeared on November 2. Yet, this wasn’t a resolve, it was only a reprieve. By the 14th, the virus was back. This time, however, the entire county had learned its lesson and an immediate ban was enacted on all gatherings. It took another two weeks of essentially no activity before the virus had done its damage. By the 29th of November, the outbreak was considered to be over and eventually life returned to a different kind of normal.

Over the coming two years, the virus made its return but the effect was far less taxing on the population. They were ready. Although another 60 lives were lost, the toll was nothing compared to those horrendous eight weeks. Even more important was the fact panic never rose; the public had been through this before and demonstrated resilience and action rather than fear.

In the context of the current Ebola epidemic, the scope is obviously much larger. The confirmed cases and deaths in West Africa far surpass those of Winnebago County and the size of both the surface area and population is far greater. Yet, the way forward is quite clear. The key to stopping the spread is infection prevention and control through proper isolation and a reduction in the levels of interaction amongst susceptible individuals.

In terms of medicinal treatment, despite the lack of any approved treatments, several options are making their way to the affected areas in the hopes of being used Some are known to work in animals although they have never been proven in humans. Others have not even reached that level of testing. Others still are quite simply the modern-day equivalent of snake oil. Though the World Health Organization confirmed the use of experimental drugs is ethical, not every option will work and decisions should be made carefully. If not, there may be a significant rise in the already unfortuante levels of morbidity and mortality.

There is one last lesson West Africa can take from Winnebago. The outbreak will eventually end. As with influenza, the means of Ebola spread are known and can be prevented. A universal approach is needed to implement the measures necessary – no matter what the financial cost – to ensure the outbreak is contained. With the situation seemingly out of control, there may be no other option to prevent this epidemic from turning into a true humanitarian crisis.