Ebola: Looking Beyond the Pucker Factor

The best way to describe the reaction to an outbreak of Ebola virus was penned by Dr. C.J. Peters in... 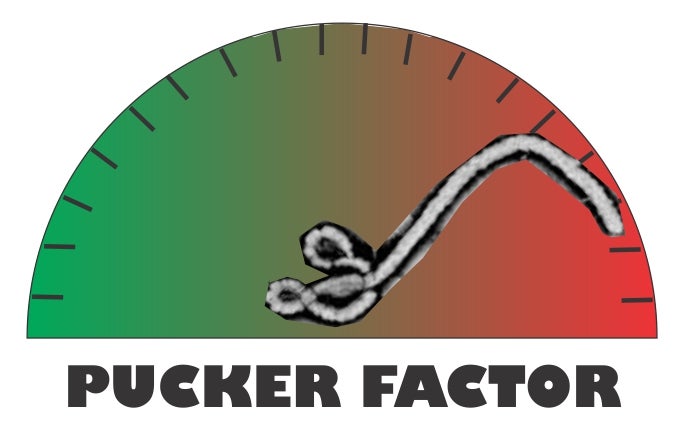 The best way to describe the reaction to an outbreak of Ebola virus was penned by Dr. C.J. Peters in his book, Virus Hunter. Known as “the pucker factor,” it consists of “…an uncomfortable and unpleasant tightening of certain sphincter musculature.” His reasoning for the response is valid; of the over fourteen hundred known human pathogens, Ebola is by far considered one of the scariest. Since its discovery in Zaire in 1976, outbreaks have revealed this member of a family of viruses known as viral hemorrhagic fevers causes significant disease – including coagulopathy, one of the reasons for the infamous bleeding eyes – and high mortality.

Yet, over the nearly four decades since the initial outbreak, research has found not all Ebola viruses are alike. There are five different species each of which named for the location of its original outbreak. The virus responsible for the original outbreak in 1976 is the Zaire species. The others are known as Bundibugyo, Sudan, Reston, and Tai Forest (formerly known as Cote d’Ivoire). These five can be further divided into two groups based on their effect on humans. Zaire, Sudan, and Bundibugyo are known to be effective killers while the Tai Forest and Reston have never killed.

Normally, the viruses are contained within localized areas. The Zaire strain is most often found to be in Central Africa outbreaks such as those in the former Zaire, now called the Democratic Republic of the Congo and Gabon. The Sudan and Bundibugyo strains occur in the Northeast including not surprisingly the Sudan as well as neighboring Uganda. The Tai Forest and Reston strains are found in outbreaks on the western side of Africa including Cote d’Ivoire and Liberia. This geographic distinction suggests therefore that outbreaks in the east and central parts of the continent should come with widespread death while those in the west should cause concern but should not lead to many – or any – mortalities.

But this year, something changed. In February, an outbreak of Ebola in the western country of Guinea began. It was their first encounter with the virus yet based on geographic inference – Guinea is located on the west side of Africa – they were not expected to be hit hard. Yet, the opposite happened. As of last week, there were at least 80 infections and 59 deaths. As one health ministry official put it, the situation was overwhelming.

The answer to the puzzle arrived soon after. Although the geography predicted one strain, tests revealed that it was another. On March 22, a team of researchers from the Institut Pasteur revealed the species was not the expected Tai Forest or Reston, but the dreaded Zaire. The country had an unanticipated killer inside its borders and needed to act fast.

While the Guinea officials, the WHO and a number of other countries work to stem the tide of terror, a question has arisen. How could a species of virus known to spread only in a local area end up in remote villages over two thousand miles away? After all, viruses are not capable of spreading across such large distances alone.

The obvious answer would be human travel. As the incubation period for the Zaire species of Ebola averages 12 days and symptoms may take as long as three weeks to appear, there is plenty of time for an infected person from Central Africa to hop onto a plane and head to the Capital, Conakry, and then to the villages. Yet at the moment, there is no known Ebola activity in the source region; the last outbreak occurred in October of last year.

Another possibility is the importation of bush meat from the Zaire species-affected areas. The meat of wild animals continues to be a specialty in many parts of Africa, including Guinea. When infected animals are killed, the virus can easily spread and cause infection both in hunters and foodhandlers. The virus has been responsible for outbreaks in the Congo and is recognized as a precursor for outbreaks in Central Africa. Yet transporting such meat undetected first to Guinea’s capital and then villages presents a challenge; even greater when one considers the meat should be kept fresh.

Whatever the reason for the outbreak, its existence stands as a warning to the rest of the world. We may believe the lethal Zaire, Sudan and Bundibugyo species will remain in their area of the world but the reality is quite different. At least one has escaped its geographic borders and causing havoc some 2000 miles away and we have little to no idea as to how.

This fact alone may cause the extent of the “pucker factor” to increase but the clench may become critical with the realization this may only be the beginning. After all, worldwide travel can be accomplished in a matter of days allowing any contaminated person, food, or object to spread the disease to unsuspecting populations. Although the likelihood of a cinematic-worthy outbreak is quite low, this epidemic reveals what is possible. For public health officials, this suggests an even wider scope for infection surveillance may be necessary. For researchers, this highlights the need to develop a viable vaccine. For the rest of us, this outbreak is a reminder no matter how much we may believe bad things happen elsewhere; when it comes to infections, that elsewhere might someday be here.