The Hot Zone: The Future Of Ebola Treatment Facilities

Going beyond the frontline defense 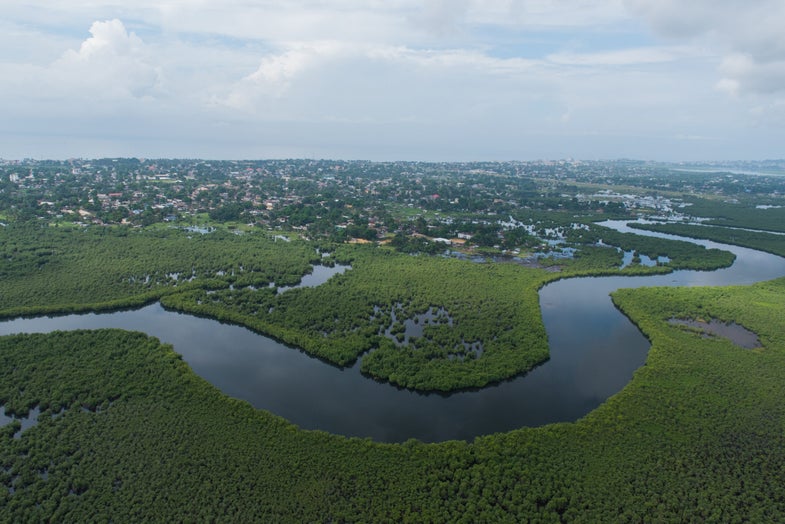 In my last post, I talked about the process of building an Ebola Treatment Unit (ETU). It’s worth mentioning that I have never encountered two ETUs that look the same. Some sprawl over hundreds of yards and you can drive vehicles around in them, like the one I worked on in Tappita, Liberia. Others, like ones I see in Conakry, the capital of Guinea, are so cramped you can reach out from one tent to touch the next.

Before this current Ebola crisis in West Africa, there were no ETUs. There was no definitive playbook on how to build or manage one, but the need for such facilities quickly became dire during the summer of 2014 when the number of new cases shot up. Health experts were estimating over a million cases before the end of the year. In response, humanitarian aid agencies settled on the ETU as the frontline defense to isolate and treat new cases of the disease, and they gradually built dozens of ETUs. The only problem was no one had tried this approach on this scale before.

So was it successful? Criticisms of this strategy tended to focus on the cost or the time it took to get everything constructed and running. But if we look at how cases declined sharply toward the end of 2014 instead of spiking exponentially like some predictions suggested, then I think the overall approach–although imperfect–has definitely done its job.

The number of new Ebola cases measured each week in Liberia, Sierra Leone, and Guinea. Data from the World Health Organization.

Recently, Liberia just passed several weeks with zero new cases of Ebola. Even though a few new cases popped up in the last month, and numbers are fluctuating in both Sierra Leone and Guinea, they are nowhere near their peaks from several months ago. ETUs are one of the key components in this intervention, but there so many others factors affecting the epidemic, all criss-crossing into a web that will take analysts years to untangle. However, grasping how complex each context is will be vital to ending the epidemic in all three countries. Looking at charts of new cases per week, we can really only glean that Liberia saw declines first, followed by Sierra Leone and then Guinea. It’s impossible, right now, to say what caused those drops. Although no single factor is decisive, here are some other considerations:

With so much at play, it might be a mistake to fixate solely on ETUs. In fact, even the international community’s strategy for the response seems to have moved away from the ETU as centerpiece as they see fewer patients arriving on a weekly basis. For example, where I work now in Guinea with International Medical Corps, rather than build a new ETU we are making sure existing hospitals are capable of screening and triaging potential infections with their own facilities and personnel. That approach, we think, will cover more ground and create longer-term defenses against future outbreaks. Many other organizations are also taking this approach so that we can fight Ebola and build up the local health systems at the same time. To the people on the ground, achieving only one of those goals is not enough to effectively end this epidemic.