In our relationship with microbes, we occasionally have to deal with the introduction of a pathogen into our bodies and... 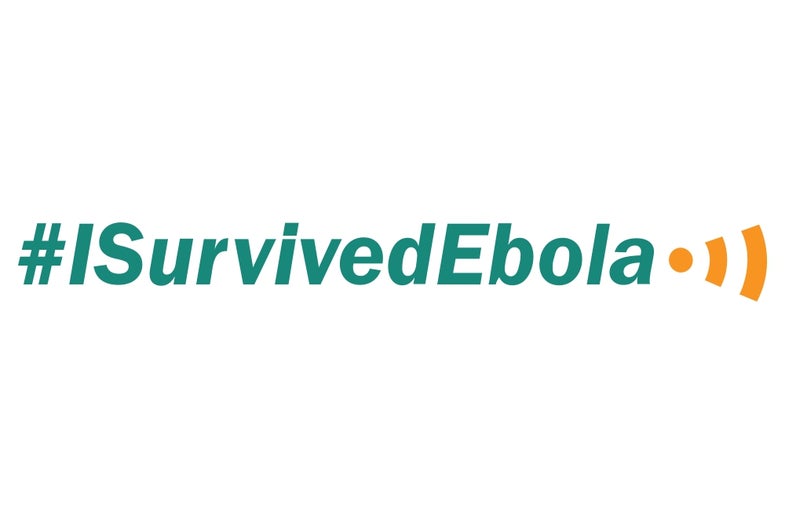 In our relationship with microbes, we occasionally have to deal with the introduction of a pathogen into our bodies and subsequently have to cope with an infection. The experience is never easy as we must suffer from a vast myriad of symptoms both acute and chronic. Worse, apart from the physiological burdens, in some cases, a sociological complication results lasting long after the infection runs its course.

The association of infection and stigma has millennia-old roots. The Ancient Egyptians feared the symptoms of leprosy judging it to be a curse related to sin. Anyone who would thus come into contact or even mingle with these individuals would certainly suffer. As a result, anyone who had symptoms of disease was ostracized and at times completely segregated from the rest of society. Similar discriminations have also been historically experienced by those suffering from illnesses including tuberculosis and the sexually transmitted syphilis.

The impact of stigma on human health at one time was regarded as beneficial in that it protected communal health. This could most easily be explained through the need for social distancing to prevent respiratory infection spread. But this type of stigma was only relevant in the short term and was removed once an individual returned to health. Longer term stigma was deemed to be sociological rather than medical in nature yet there was little done to stop it in the public.

That changed in 1963, when sociologist Erving Goffman challenged stigma altogether. Based on his works, stigma was based on stereotype rather than reality. Further analysis of stigma revealed even more problems on a much grander scale. Those who defended stigma were seen as discriminators, civil rights abusers, and at times contributors to the worsening of global health. In essence, stigma was doing exactly the opposite of its intention.

Unfortunately, the reasons for condemnation of stigma didn’t catch on in the public. Instead, the prevalence of public distancing grew with the introduction of a number of new illnesses into the global community. Over the last few decades, this increase in discrimination has been epitomized by those suffering from neglected tropical diseases and HIV/AIDS.

But in 2014, nothing epitomized stigma and its harmful effects on an infectious disease more than Ebola. The virus, which caused the ongoing epidemic in West Africa brought out the worst in social discrimination. In one stunning example, a recent study conducted by Focus 1000 in Sierra Leone revealed 96% of people reported some discriminatory attitude towards people who have had Ebola. Even more heartbreaking was the finding 76% would not welcome a survivor back into the community.

The numbers reveal not only the problems associated with misconceptions surrounding Ebola, but also with the overall lack of basic knowledge of the virus among the population in West Africa and, indeed, the world. As a result, instead of gaining insight into the process of infection, including the realization that a recovered individual poses no threat to healthy persons, many members of the general public in the nations hardest-hit by the outbreak have somehow decided that Ebola is a death sentence, whether the person dies or not.

This has had a number of negative repercussions, including the social abandonment of the healthy – i.e., Ebola survivors; the fueling of denial of the disease among sick persons and their families, who do not want to admit that they or their loved ones are exhibiting signs and symptoms; and in some cases, the act of hiding those who are infected to avoid expected stigmatization. These trends have contributed to underreporting of cases and, sadly, the continuation of the uncontrolled spread of the virus.

Only one conclusion can be drawn from the above analysis: to end the Ebola outbreak in West Africa, in addition to medical interventions, a program to quell stigma needs to be developed.

Enter the #ISurvivedEbola campaign, which was initiated last month, and which intends to use multimedia to improve the overall perspective on Ebola and, as the name implies, survivors. With backing from globally relevant organizations such as UNICEF and Vulcan Productions, a company founded by Microsoft’s co-founder Paul G. Allen, this program has already gained worldwide interest and support.

The campaign kicked off on December 2 with the release of the first in a series of over 30 survivor stories out of West Africa. Later that month, the first story out of Sierra Leone was shared along with the second story out of Liberia, where Ebola-focused radio dramas and call-in shows were also launched. The moving first-hand testimonies of the survivors featured in the stories, which are being captured in video, audio, and print forms; and the power of the radio dramas and call-in programs – the first of which featured a survivor as a guest – have resonated with international and regional media outlets.

But the biggest campaign developments to date occurred earlier this week, when the team at #ISurvivedEbola took another step in reducing stigma with the release of three new survivor stories, including the first story out of Guinea, and the launch of a mobile app allowing survivors to connect with one another and the world. The mobile app posts are being featured on the newly activated #ISurvivedEbola website. Taken together, the app and the website will enable survivors to share updates on their lives as well as key public health tips with a global audience.

The overall aim of the campaign is a reduction in stigma-related activities through the separation of facts from myths. By incorporating the voices of actual Ebla survivors in West Africa into this process, the team will be able to personalize the key campaign messages, ensuring that they are both captivating and compelling. In this way, people in West Africa and around the world will be empowered with hope and information, and will have the ability to act as a community working towards health rather than a split group comprised of “us” and “them” working toward isolation.

Whether the goals of #ISuvivedEbola will be met has yet to be determined. Based on history, the struggle is difficult and may take some time before successes are seen. Yet this situation is different. Because controlling the epidemic appears to rely on the dissolution of discrimination, the effort may have an ace up its sleeve in that everyone wants to see an end to Ebola. If removing stigma is a key necessity, perhaps the path will be made smoother as more people will likely be willing to forgo misconceptions to achieve this goal and return their world to normal.