How Some West African Countries Have Kept Ebola Out

You know, the ones that don't have Ebola epidemics even though they're bordering on the countries that do 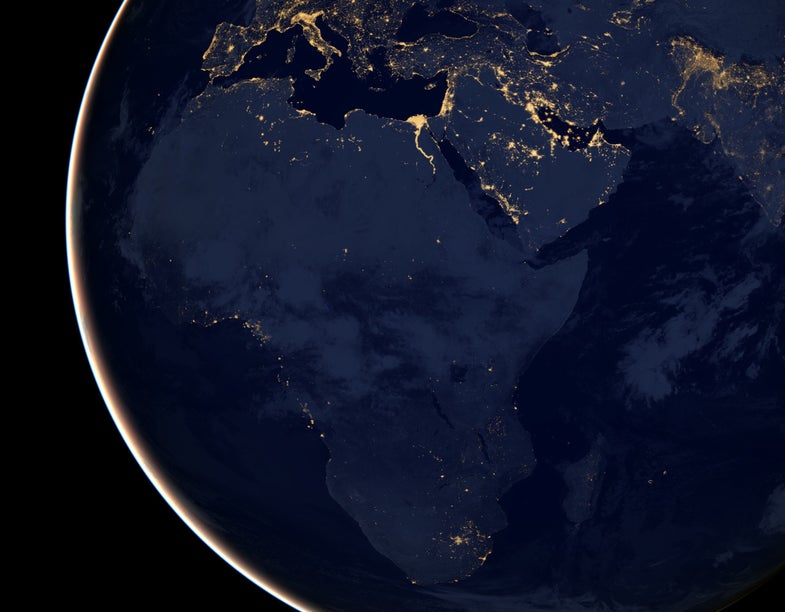 While attending a conference for tropical-disease experts yesterday in New Orleans, Popular Science contributing editor Brooke Borel found that 30 experts who were planning to be there had ultimately stayed away–because the state of Louisiana asked them to. These 30 folks were healthcare workers and researchers who had been to countries with Ebola epidemics within the last 21 days, the maximum incubation time for Ebola, but did not have symptoms.

Louisiana’s suggested travel ban isn’t scientifically sound, yet a number of states are considering adopting something similar. As jurisdictions far away from West Africa debate how to control Ebola, we thought it might be helpful to take a look at the fate of places nearer the Ebola-epidemic countries of Guinea, Liberia, and Sierra Leone. (An unrelated outbreak of Ebola also appeared in the Democratic Republic of Congo in August, but appears to be contained.) If anyone were going to implement travel bans, surely places like Mali, Nigeria, and Senegal would, right? Here’s how those countries are doing:

Mali, which borders on Guinea, got its first confirmed case of Ebola October 23. The current outbreak began in Guinea early this year.

The sick little girl traveled with her grandmother from Guinea into Mali, taking a bus through several Malian cities with a fever and a bloody nose. Officials are now following 108 people who had contact with the girl, Reuters reports. They’re still seeking an additional 39 riders from that bus, but those folks are believed to be at lower risk than the people doctors are already tracing because they didn’t have contact with the girl’s bodily fluids. Nobody else in Mali has tested positive for Ebola so far, but the girl died and her grandmother, sister, and other relatives are in quarantine.

In July, a Liberian-American consultant flew to Lagos, Nigeria, while extremely ill from Ebola and vomiting. Both he and a contact who got sick from him interacted with hundreds of people while showing severe symptoms. Ultimately 20 people contracted Ebola. Eight died, including the consultant.

To control this outbreak, Nigerian officials contact traced nearly 900 people. It was a time-consuming and expensive venture, but a crucial one. The World Health Organization declared Nigeria free of Ebola transmission October 20. That means Ebola isn’t getting passed person-to-person within Nigeria’s borders anymore, although it may, of course, enter the country again, in the future.

Senegal has had only person contract Ebola, even though it borders Guinea. The patient, a Guinean man, directly interacted with another Ebola patient before traveling by road to Dakar in August. Officials isolated the visitor and monitored 74 of his contacts for fevers, but nobody else fell ill. The patient recovered and returned home. The World Health Organization declared Senegal free of Ebola October 17.

Senegal did close its land border to Guinea August 21 and banned flights from all three Ebola-epidemic countries, according to International SOS, a travel-security services company.

Those are the only African countries to which the current West African strain of Ebola has traveled. Ebola patients have showed up in the U.S. and Europe, too, often when a healthcare volunteer who knows she’s sick returns home for treatment, so officials are ready to receive her. The U.S. also has had cases of visitors who contracted Ebola abroad, but didn’t know it before landing.

So how did these West African—but not Ebola-epidemic—nations control Ebola? Generally, they didn’t use travel bans. Instead, they relied on strong public-health departments to find and monitor the people patients contacted. In addition, they quickly identified, and reacted to, the first Ebola victims within their borders after they got sick. In contrast, those countries with Ebola epidemics now responded slowly, at first, in part because they didn’t have the funding and infrastructure.