5 Questions About The Smallpox Vials Found In Maryland

For example, why is the CDC planning to grow the virus instead of destroying it? 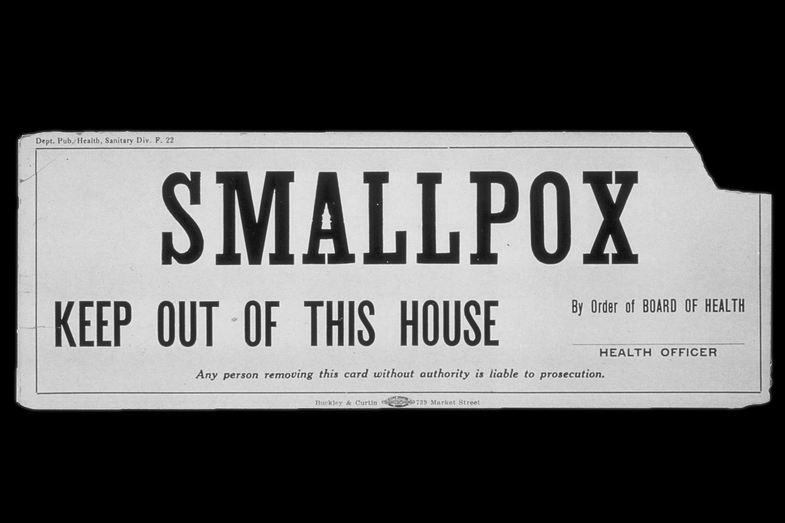 Earlier this week, the U.S. Centers for Disease Control and Prevention announced something surprising: Federal researchers discovered six 60-year-old vials with smallpox virus in them. The vials were in a forgotten freezer in a lab on the Bethesda, Maryland, campus of the U.S. National Institutes of Health. According to international agreement, samples of smallpox are only supposed to be kept in two high-security facilities in the world, one at the CDC in Atlanta and one in Russia. Whoops.

You can learn more about the find in Popular Science‘s report from Tuesday. Today, we talked with experts to answer some of our deeper questions about those six vials. For example, we learned why the CDC plans to grow and study the virus before destroying it, and whether discoveries like this have happened before. (They have.)

Why is smallpox such a big deal?

Although now eradicated, smallpox was one of the deadliest illnesses to infect humans. It passed easily between people. Depending on what strain they got, 30 to nearly 100 percent of people who caught the virus died. And the world is now more vulnerable to smallpox than ever. Countries have stopped routinely immunizing children against the disease. Meanwhile, the effect of the smallpox vaccine wears off over time, so older folks who received the vaccine as kids aren’t fully protected anymore.

Some experts think it’s possible that terrorists may try to steal samples of unsecured smallpox to make a biological weapon… or that an unwitting researcher may open a forgotten vial and release its contents, sickening herself and others around her. “None of these [scenarios] are likely,” says Erik Heegaard, who runs his own biosecurity consulting firm in Denmark. “But it’s possible.”

No, it doesn’t appear that any researchers or members of the public are at risk of getting sick from these vials. It also doesn’t appear that anybody has taken or used the vials since they were prepared in the 1950s. At that time, smallpox was a common illness circulating among people, so it wasn’t unusual for a lab to keep some in its freezers.

In addition, Heegaard thinks the FDA, NIH and CDC handled the discovery safely. “This is the best setting you could hope for because it’s the most controlled environment ever,” he says.

Has this happened before? Is it likely to happen again?

Scientists have discovered forgotten smallpox samples before, but the when and where of the incidents are difficult to confirm. All the experts I talked with said they had heard of cases, but weren’t sure if this or that rumor were true, or didn’t have documentation handy. A spokesperson at the Sandia National Laboratories, which study biosecurity, pointed to two cases that Nature magazine covered. One occurred in the 1990s, in an Eastern European lab. The other occurred after that, at the Swiss Serum and Vaccine Institute in Bern.

It’s likely there are still many freezers around the world holding forgotten smallpox.

Experts believe it’s likely there are still many freezers around the world holding forgotten smallpox. “This is a scenario that was foreseen,” says Jennifer Guadioso, the head of the International Biological Threat Reduction Program at Sandia. “It was not a big surprise. Obviously, we didn’t predict that FDA or NIH would be the laboratory.”

Even with these cases, however, nobody has gotten sick from smallpox since 1978. Samples that are properly sealed won’t infect people and it’s easy to destroy found samples by incinerating them.

Surprise discoveries also occur with other pathogens that are normally kept under high security. In 2009, the U.S. Army Medical Research Institute of Infectious Diseases temporarily suspended its research into dangerous pathogens because officials feared their records didn’t match what they actually had. “I believe that the probability that there are additional vials of BSAT [biological select agents and toxins] not captured in our AIMS database is high,” Colonel John Skvorak, then the institute’s director, told the Frederick News-Post. BSAT could include organisms such as plague and anthrax.

As time passes, the risk that these forgotten samples will infect anybody decreases. Forgotten freezers may suffer from electricity blackouts or maintenance issues, which would warm and kill their contents. In addition, the smallpox virus, although robust, must eventually become unable to reproduce. In fact, CDC tests on these newfound vials may help scientists learn more about just how long frozen smallpox virus is able to stay infectious.

How do you just forget you have a sample of smallpox?

In the 1950s and 1960s, even labs handling dangerous biological materials didn’t have as strict of inventory procedures as they do today. In an older lab, a past scientist could have easily stashed pathogens without leaving any record of doing so.

It’s normal for scientists to store many samples, too. Your own author left behind racks of gross, but not dangerous, genetic samples when she left UCLA’s Flylab. (Sorry, Dr. Olson!) As many scientists told me, the attitude is, What if I or someone else needs this again someday?

What’s going to happen to the vials now?

The CDC will try to grow the contents of the vials in petri dishes, to see if they’re still able to reproduce after sitting around for 60 years. This is a question of scientific interest. It also helps security experts determine how worried they should be about other forgotten samples around the world.

CDC scientists will also perform experiments to try to determine where the found samples came from and how they ended up in Bethesda. Heegaard believes the centers will want to read the entire DNA sequence of the virus. CDC spokesperson Benjamin Haynes wasn’t sure if DNA sequencing was in the works. “I know they are going to be tested and characterized,” he says.

Then the vials will be destroyed. They’ll go into an autoclave, a machine scientists routinely use to sterilize their equipment, and be incinerated.