Since its discovery as a pathogen in humans back in 1906, Toxoplasma gondii has fascinated researchers. Not only could it... 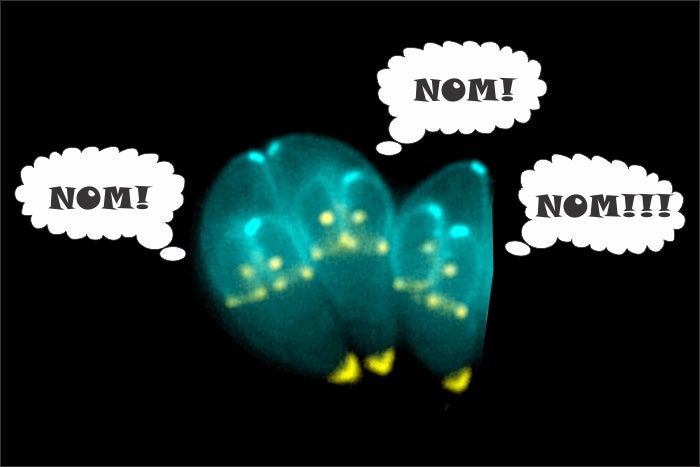 Since its discovery as a pathogen in humans back in 1906, Toxoplasma gondii has fascinated researchers. Not only could it cause an infection in humans, it was also found in a variety of animals, including rodents, cats, dogs and livestock. Even more interesting was its ability to thrive in the body despite the presence of the immune system suggesting it was an intracellular pathogen. Due to its unusual nature of infection – and the rather drastic consequences – the search for either treatment or cure was considered a public health necessity. Unfortunately, the pathogen appeared for many years to have the advantage leaving few medicinal options.

The tide started to turn in 1960s when a particular biological phenomenon known as the parasitophorous vacuole (PV) was discovered. This enclosed cellular compartment is a unique means by which the parasite can hide from the immune system as well as the intracellular defense machinery. Further study into the nature of the PV revealed it was surrounded by a membrane (PVM) made from cellular components. On the inside, the parasite could thrive and produce proteins it could secrete to hijack the cell’s functions. On the outside, the cell would assume this was yet another organelle.

While this was already considered ingenious – so much so other pathogens such as malaria and sleeping sickness do the same – there were still questions left unanswered including one of the most important curiosities: how did it manage to eat?

Initially, the PV was thought to be rather impermeable except for very small molecules. But over time, evidence suggested larger sources of food might enter through recruitment mechanisms mediated by a family of parasite-produced dense granule (GRA) proteins. In particular, GRA2 helped to develop protein-protein interactions from the PV directly into the protozoan cell through a group of tubules known as the intravacuolar network (IVN). In 1998, GRA2 was found to be a necessity for proper infection and as such, was critical to the life of the pathogen.

While this was considered to be the prime target of treatment, nearly a decade later, another group of molecules revealed themselves to be critical to infection. But unlike GRA, which was structural in nature, these were five digestive enzymes known as cathepsins (CP). The individual members were further classified based on their structure and function into their respective subcategories. Three of the enzymes were from the cathepsin C group (CPC1, CPC2, CPC3), one from the B (CPB), and the final one from the L (CPL).

Due to their nature, these proteins were thought to be involved in nutrient preparation and utilization. However, studies revealed the cathepsin C proteins were primarily used for degradation of peptides and were necessary to ensure infection went along smoothly. In a similar vein, CPB did not help the bug to eat but instead worked to mature proteins made by the parasite. That left only CPL which co-localized on the PVM and was thought to be involved in intracellular trafficking and maturation of the cell.

Although both GRA2 and the CP proteins were considered to be necessary for survival and had indirect links to nutrient delivery, there was yet no means by which the process could be definitively understood. But last week, that changed as a team of American and Italian researchers revealed how T. gondii eats and what it seems to find most delectable. Perhaps more importantly in the context of public health, the researchers also identified how to starve the pathogen and possibly stop infection.

The process involved an initial painstaking step. The team developed a number of mutated T. gondii strains lacking different proteins. Once this was accomplished, the group introduced the parasites into cells containing green fluorescent protein (GFP) in certain organelles as well as the open cellular space, the cytosol. Over time, they looked for movement using fluorescence microscopy.

The hypothesis was that the normal strain would ravenously eat the GFP while certain mutants would be unable to eat and eventually starve. As expected, normal strains showed a definite taste for the glowing protein although only from the cytosol; there was no ingestion of organelle-associated GFP. When the parasite lacked either CPL or GRA2, there was either a reduced level of ingestion or none at all. Looking further, the absence of CPL prevented the parasite from reproducing while a combined mutant prevented infection altogether.

The results of this study are both fascinating and meaningful. The gastronomical preference for proteins in the cytosol has been shown as well as identified the means to stop the feeding process – and pathogenesis – altogether. The results open the door to the development of treatments in which CPL and GRA2 are targeted to halt the infection. Moreover, as other parasites use similar PV mechanisms – malaria and sleeping sickness – there exists a potential for widespread medicines to improve our ability to fight off these complex and challenging pathogens.