Was Quarantine The Right Move?

China's dramatic response to a single case of plague is very telling. 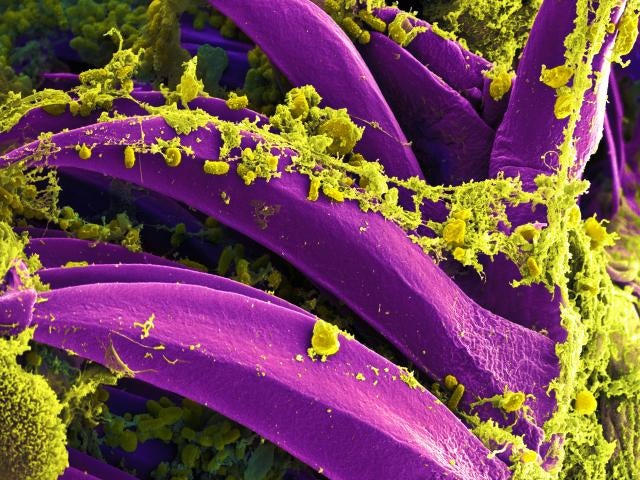 Yesterday, Chinese authorities finally lifted a nine-day quarantine of 151 individuals from the northwestern city of Yumen, instituted after a 38-year-old man died of a bubonic plague infection last week. Entry and exit points were also sealed off, trapping nearly 30,000 residents. In the end, no other cases of bubonic plague developed.

During the same time frame, health officials quickly treated and released four Colorado patients who had been hospitalized and diagnosed with the more lethal and more contagious pneumonic plague, the respiratory form of the disease. Still, no other cases have been reported.

The two contrasting responses from opposite ends of the globe highlight the dramatic steps China is sometimes willing to take during such situations.

Bubonic plague – the cause of the “Black Death” pandemic that killed 50 million Europeans from 1347 to 1351 – is not the death sentence it used to be. According to the World Health Organization, the bacterial disease spread by flea-infested rodents can be treated effectively with antibiotics, although mortality rates still hover between 8 and 10%. China itself has been relatively “plague-free” in recent years, having only 12 confirmed cases since 2009.

Chinese officials clearly took no chances. But despite the horror still associated with the black death, quarantine is an extreme step to take. Dr. Michael Osterholm, director of the Center of Infectious Research and Policy at the University of Minnesota, explained to Popular Science “there is really a very limited use for quarantine today.”

Quarantine restricts the movement of individuals who are possibly infected in order to prevent the spread of a disease. But in the modern era of infectious disease response, “the concept of quarantine has just changed so much since it was first used,” says Osterholm. “We can follow people to see if they have signs or symptoms, and quickly have them seek medical care. We have antibiotics, drugs, and rapid detection tests. We don’t need to hold individuals for 40 days to figure out whether they are going to be coming down with that disease.”

In addition, patients’ rights and needs have become more prioritzied today. “We now see people as victims, not just as vectors of disease,” says Dr. Martin Cetron from the Centers for Disease Control and Prevention.

Dr. Howard Markel from the University of Michigan believes a quarantine for one confirmed case of bubonic plague is somewhat extreme – “certainly not something we would do in the U.S.” But he’s not surprised that a country like China, which exhibits a much tighter rule over its populace, would take such measures, least of all waiting seven days before making a public announcement. “China has been very proactive since the SARS outbreak in 2002,” he says.

Still, there’s no guarantee a quarantine is a sure way to keep the public safe and helathy. In 2009, China was on the receiving end of a heap of criticism for implementing mass quarantines during the swine flu pandemic, which proved largely ineffective.

In this case, quarantines may have prevented bubonic plague from spreading or transforming into pneumonic plague, but that still hasn’t left it unscathed from scrutiny. “Just consider the social and economic implications for doing that in a major coastal city – I cannot recall the last time any provincial government did that,” Yanzhong Huang, a senior fellow for global health at the Council on Foreign Relations, told the Guardian.

While Cetron emphasizes that “quarantine needs to be used with refinement and nuance” rather than as a “broad hammer,” he points out that different governments and authorities have different practices and principles, relative to the kinds of resources that are readily available. Responses to outbreaks “are dependent on capabilities” he says.

In any case, this probably won’t be the last time we debate the use of quarantine against the plague, in China or elsewhere. The World Health Organization reports about 1,000 to 2,000 cases a year worldwide, and just seven months ago, scientists published a study in The Lancet Infectious Diseases that raised concerns about the possibility of another plague outbreak.