The Fight Against Fake Birth Control

A recent study shows that a huge percentage of Peru's emergency contraceptives are not what they appear. 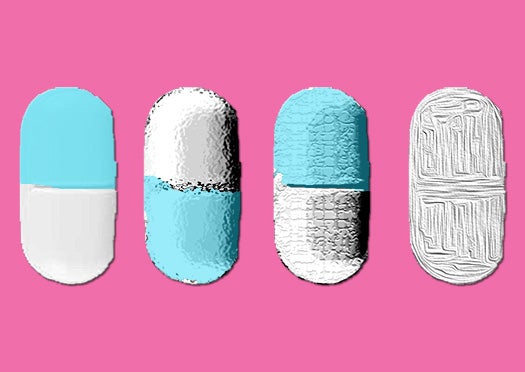 As a traditionally Catholic country, Peru has been slower than most to accept contraceptives. Over the past decade, most citizens’ ideology has gradually stretched to accommodate the need for birth control, but emergency contraception (AKA the “morning after” pill) is still highly controversial in Peru. Although some question the pill on moral grounds, others are starting to question it based on sinister scientific findings: some of the pills are not the pill.

With a growing number of “verified” emergency contraceptives being registered in Peru over the past few years, leaders of Prosalud Interamericana, a nonprofit organization dedicated to raising awareness about sexual health, became suspicious that some of the birth control being sold in Peruvian pharmacies was not the pill described on the packaging.

“While each product had been registered by the authorities, it was well known that the registration procedures were not very stringent,” said Alan Lambert, the president of Prosalud Interamericana. Fearing that the pills were faulty, the organization contacted researchers in the United States to investigate what exactly was in them. What they found, as they reported in a recent study, alarmed them: one in four of the emergency contraceptives they sampled wasn’t what it appeared to be. In fact, one wasn’t even birth control at all—it was just a cheap antibiotic being sold as birth control.

But how did these drugs get into the supply chain? How can fraud like this be prevented, and what can women do to be sure they’re not getting fake pills?

Facundo Fernandez, a professor of biochemistry at Georgia Tech in Atlanta, applied his experience detecting counterfeit antimalarials to this new challenge. His team purchased samples from different pharmacies all over Lima. “When you buy drugs, and the pharmacist smiles at you, you don’t expect anything to be wrong,” he said.

When you buy drugs, and the pharmacist smiles at you, you don’t expect anything to be wrong.

With faulty pills, the stakes are high; some simply don’t work, while others could contain toxic compounds or combinations that could endanger the patient’s life. Fernandez said many of the female postdocs and grad students who were working on this project were deeply disturbed by what they found—and for good reason. Most women trust their contraceptives, assuming that the production and regulation is sound enough to protect their reproductive health. For the women of Peru, that sense of security may prove to be a false one.

Despite the fact that these contraceptives had gone through the necessary regulatory procedures (which mostly involved an inspection of the paper trail before the pills got to Peru), some of them were outright falsified. A falsified medication is one that is intended to look like the original drug, but it doesn’t interact with the human body in the same way, Fernandez explained.

Many of these falsified medications are wrapped in deceptive packaging that is almost identical to the original product, and the pills are only distinguishable when compared side by side. In developing countries, sometimes these fake pills are sold in “informal outlets” like open-air markets. In some that Fernandez has seen in Africa, customers select their medications from a huge bag of loose pills based simply on color, size and shape. Sometimes, these falsified meds are sold in pharmacies, and the pharmacists often don’t know they’re fakes. 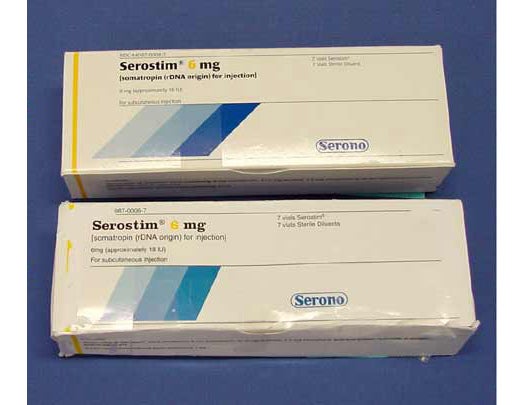 Packaging for counterfeit drugs is dangerously similar to the real thing. The top box is an authentic version of this weight loss supplement, while the one on the bottom is a knockoff filled with who-knows-what kind of pills.

Medications can be compromised in a number of different ways. The most common method is to fill a pill with cheaper drugs. In some cases these cheaper drugs appear to be working like the real drug, but they almost always fail to achieve the intended effect. “Instead of a hormone, you can put a cheap antibiotic,” Fernandez said, which was the case with a few of the contraceptives that he tested. Other types of pills use a different type of coating, which can cause the active ingredient to release too quickly or too slowly into a person’s bloodstream.

Fernandez found both types of falsification in his samples. Seventy-two percent of the batches of pills he tested had the correct chemical composition for emergency contraceptives. But six of the 25 batches released levonorgestrel too quickly or too slowly, either because the pills didn’t contain enough of the drug, or because their coating agents changed how the pills acted in the body.

Most disturbingly, one of Fernandez’s samples had no levonorgestrel in it at all—instead it was identified as the antibiotic sulfamethoxazole, which is commonly prescribed to treat infections in the urinary tract and sinuses. A woman who takes this kind of pill may still become pregnant, and she may realize it too late to take a functional version of the pill. Making matters worse, there’s also a chance she could suffer a serious or even fatal allergic reaction to the chemicals she unwittingly consumed. And in other cases the drug substitute could be straight-up toxic. (Fernandez did not detect a toxic combination in his sample.)

The culprits behind these falsified medications, Fernandez said, are mostly international gangs that have turned away from producing and distributing narcotics. “For any criminal who wants to make money, it’s safer to make counterfeit medicines than to be in narcotics,” he said. If a group is caught manufacturing narcotics, they can be put to death in many places. “But for counterfeit drugs, the laws are not up to date. You may get a few years [if you’re caught], but not the death penalty.”

Roger Bate, an adjunct scholar at the American Enterprise Institute in Washington, D.C. who recently wrote a book on the trade of falsified drugs, agrees: “For [the gangs] it is a safe business.”

To get their drugs sold in stores but avoid regulators, counterfeiters try to find gaps or weaknesses in the supply chain. “It’s very easy to target a pharmacy, but what’s really hard is intercepting products in the middle of the supply chain,” Bate says. In the globalized economy, the pharmaceutical supply chain can span several continents and dozens of countries. Each time chemicals are combined with others or are shipped from place to place, regulators and pharmaceutical companies verify their legitimacy with signed documents and occasional inspections.

At every possible step there is someone who is thinking about how to infiltrate that supply chain.

But this process isn’t perfect. Sometimes, the added chemicals can be so similar to the legitimate pill’s ingredients that they actually pass the inspection, which happened with the anticoagulant Heparin in 2008. But in many cases, the paper trail becomes too convoluted to follow, especially when the drugs pass through free trade zones like Dubai that offer minimal oversight. Counterfeiters often seize on these opportunities, supplying falsified documents to customs agents.

When regulators don’t notice, the medications arrive in their destination country with the same credentials as the real ones, seeping into pharmacies all over the world. Sometimes, Bate noted, they even make their way to the United States. “At every possible step there is someone who is thinking about how to infiltrate that supply chain,” he said.

Right now, experts have very little sense of the pervasiveness of these drugs, says Bate.

He claims Fernandez’s team is the first to investigate the falsification of emergency contraceptives, and even the World Health Organization can’t estimate what percent of drugs—including contraceptives—are falsified around the world. Because researchers in this field aren’t able to do exhaustive studies, they are relegated to studies that offer a quick look at the amount of falsified drugs of one type in a given place at a given moment. Lacking a larger perspective, it’s impossible to estimate the pervasiveness of the fakes, although Bate suspects that, in the worst cases, falsified drugs could be as high as 50 percent.

Much of the fight against falsified contraceptives will happen on a national or international scale, inspired by work like Fernandez’s. But to avoid fakes in the United States, Bate suggests only ordering medications online if they are from a reliable source. It’s much easier for people to spot fakes when they take a medication every day, he notes, and emergency contraceptives present a particular challenge because of how infrequently women take them.

If you’re skeptical of your birth control, ask your pharmacist if you can see another box of the same brand. If you’ve taken emergency birth control before, you could save the pill pod to compare to the new one. Bate said that in the United States, it’s unlikely your pharmacy-distributed Plan B will be fake. “But you don’t want that level of randomness,” he added.

Lambert of ProSalud reminds us that some of the Peruvian women that rely on falsified emergency contraceptive will become pregnant; “had they used a bona fide product,” these women would not have become pregnant otherwise. Because Peru has outlawed abortion, they will be forced to carry to term, or, as Lambert notes, “obviously some will seek clandestine abortions”– putting their future reproductive health, and in some cases their lives, at risk.