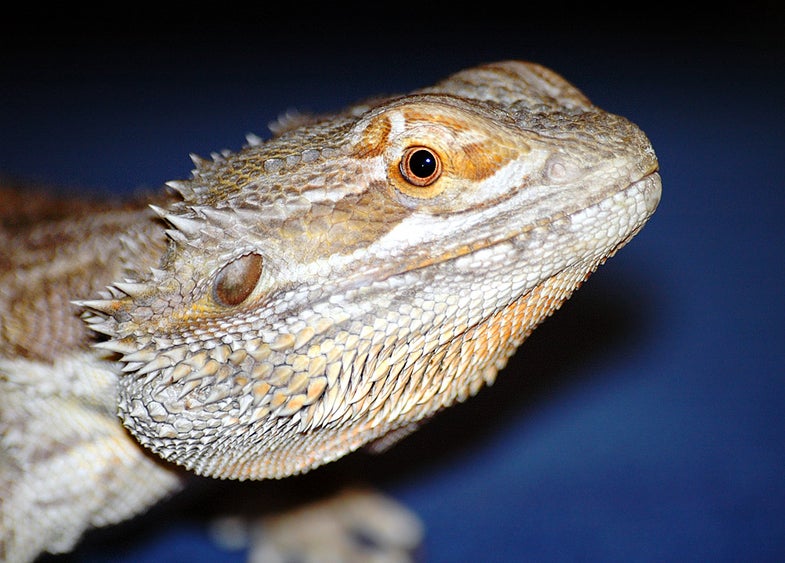 Salmonella outbreaks are usually linked to food, but the latest boom in the bug comes from an unlikely source: bearded dragons. According to the CDC, 132 people have become infected with Salmonella cotham, a rare serotype of the bacteria harbored by bearded dragons, in the past several years. The illness has been reported in 31 states, and most of those affected are young, with a median age of two. So if you’ve got one of these bearded lizard bros, tell your tot not to touch, or better yet just prevent them since they are infants and probably don’t respond to commands like a trained doberman. But if the allure of the dragon is too strong, always wash your hands afterward.

In all, 58 percent of the ill people are under the age of five, and 42 percent have had to be hospitalized. But there are no deaths so far. Whew. The largest number of cases were found in California and Wisconsin, and are linked with pets purchased at multiple locations throughout the country.

This is not the first Salmonella outbreak linked to the bearded ones. In Wisconsin in 2009, a cook who owned two of the critters prepared gravy and other foods in the house, and served it to a large group. At least 19 of them became infected with the bacteria.