What Happens When Mice Eat Nothing But Powdered Food

Possible hints of the consequences of a long-term Soylent diet 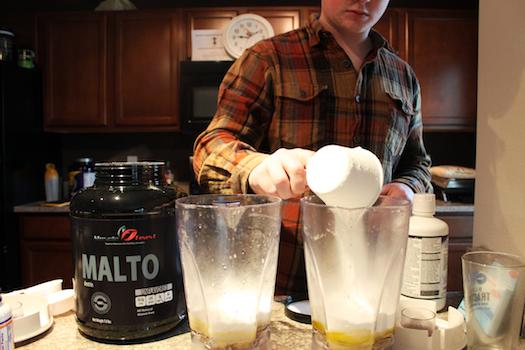 A new study has found that eating powdered food for weeks on end gave mice higher blood pressure, higher levels of glucose in the blood, and higher levels of certain hormones in the blood. That’s compared to mice who ate the exact same food, only their food was in pellets, not crushed into a powder.

This study is one of the few to examine what happens when lab animals never chew, according to the author’s of the study, published this month in the journal Life Sciences. I believe it. I searched and found very few studies of eating without chewing. That’s probably because by the time most people end up taking their meals in powder form, they don’t have much of an alternative, anyway.

One exception, of course, are those who might be tempted to try living on Soylent. [Here’s another exception. -Ed.] Around this time last year, word spread of a liquid meal software engineer Rob Rhinehart had come up with. It’s made mostly of powders, blended into a drink he called Soylent. Soylent has all the nutrients the human body needs, Rhinehart claimed. Nothing more and nothing less. He consumed only Soylent for a month, then wrote about how it gave him more energy and helped him lose weight.

At that time, I talked with some nutritionists about Soylent. The answers they gave me weren’t that exciting. Soylent is probably missing a few things science isn’t yet aware the human body needs. But it’s also probably okay for you. Throughout history, humans have survived on worse. Nobody really knows what will happen if a healthy person chooses to consume a non-chewable diet, in part because it’s not well studied. Well, here is a mouse study that offers some starting hints on the potential consequences.

For the study, oral-health researchers at Tohoku University in Japan performed a series of experiments. In one experiment, they fed eight mice powdered food, and eight mice, solid food, for three days. Blood glucose measurements in those mice suggested the mice’s bodies absorbed nutrients much faster from the powdered food than the solid stuff.

In another set of experiments, researchers gave powdered mouse chow to eight from the time they were weaned until the researchers dissected the mice at age 20 weeks. Eight other mice ate normal mouse pellets during that time.

Besides their higher blood pressure and blood glucose levels, the mice that ate powdered food for 17 weeks (it takes three weeks to wean a mouse) had lower levels of insulin in their blood. They had higher levels of the hormones adrenaline, noradrenaline and corticosterone. But both sets of mice were able to maintain steady blood sugar levels after a big meal, neither was heavier than the other, and both had the same heart rates.

What’s a Soylent dabbler to think? There’s some precedent for thinking that chewing solids alters the way the body handles food. Chewing by itself kicks off a little insulin production, presumably because the body is preparing for food. Here’s a study that found a link between the hardness of the food people ate and their waist sizes, although not their body-mass indices. And here’s a study that found links between how well people chewed their meals and their glucose and insulin blood levels after their meals. Not much, right? When it comes to non-chewing, you’re in uncharted territory.