Why Would You Put Brominated Vegetable Oil in Soda?

So Coke and Pepsi are rushing to remove brominated vegetable oil (BVO) from their drinks in response to consumer pressure.... 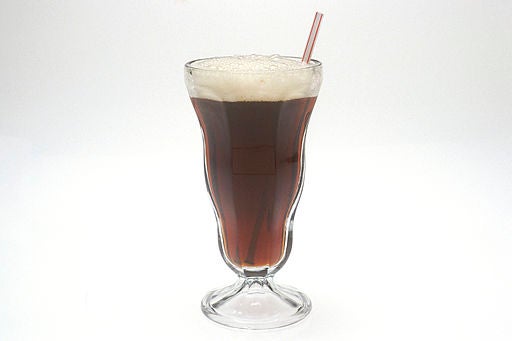 So Coke and Pepsi are rushing to remove brominated vegetable oil (BVO) from their drinks in response to consumer pressure. Some of the campaigns are predictably in terms of the ingredient having non-food uses (a fire retardant) make it inappropriate to use in food. However CSPI and others point to reasonable toxicological concerns and it looks like BVO is on the way out.

What was BVO doing in drinks in the first place? Why would soda contain any vegetable oil and why would you brominate it?

Soft drinks are basically acidified, sweetened water and many of the flavors and colors added don’t dissolve well in water. Instead they are first dissolved in vegetable oil then homogenized to make fine emulsion droplets (diameter typically less than a micrometer) usually stabilized with gum Arabic. The emulsion can be diluted down to low levels in the drink base (~0.02%) to add flavor and color. In some products the emulsion provides some cloudiness as the fine particles scatter light. The difficulty is soda has a long shelf life and the emulsion mustn’t break down.

The main means of physical instability in beverage emulsions is creaming. Because the oil in the droplets is less dense than the aqueous drink, they tend to float to the surface. The same mechanism is responsible for gas bubble floating up into surface of a glass of beer, but because the difference in density between oil and water is so much less than the difference between and air and water the process in the soda is much slower. Adding some bromine atoms across the double bonds of an unsaturated fatty acid increases the density of the oil and makes the creaming process even slower and the shelf life longer. There is a legal limit on how much BVO can be used (15 ppm although it is typically used at 8 ppm) and that isn’t enough to make the density of the oil as high as that of water so creaming may still be a problem. Other lipid soluble polymers (wood rosins, sucrose acetate isobutyrate) are used as well as or instead of BVO to further improve the emulsion stability.

A second way of controlling creaming rate is to keep the droplets small. The homogenization process makes fine droplets, but the oil molecules tend to diffuse from small droplets to large ones in a process known as Ostwald ripening. The average droplet size gets larger, and larger droplet cream much more quickly. It’s a big problem in beverage emulsions because the flavor oil molecules are more polar than a typical triglyceride and dissolve more in the water phase. Lipid soluble additives that are much less water soluble than the flavor oils (the vegetable oil, wood rosins or SAIB) slow Ostwald ripening. When the flavor oil diffuses out of a small droplet it makes the remaining oil more concentrated with respect to these other components. Concentrating a solution is opposed by the entropy of mixing which will slow and eventually stop Ostwald ripening. If the droplets stay small, they won’t cream out.